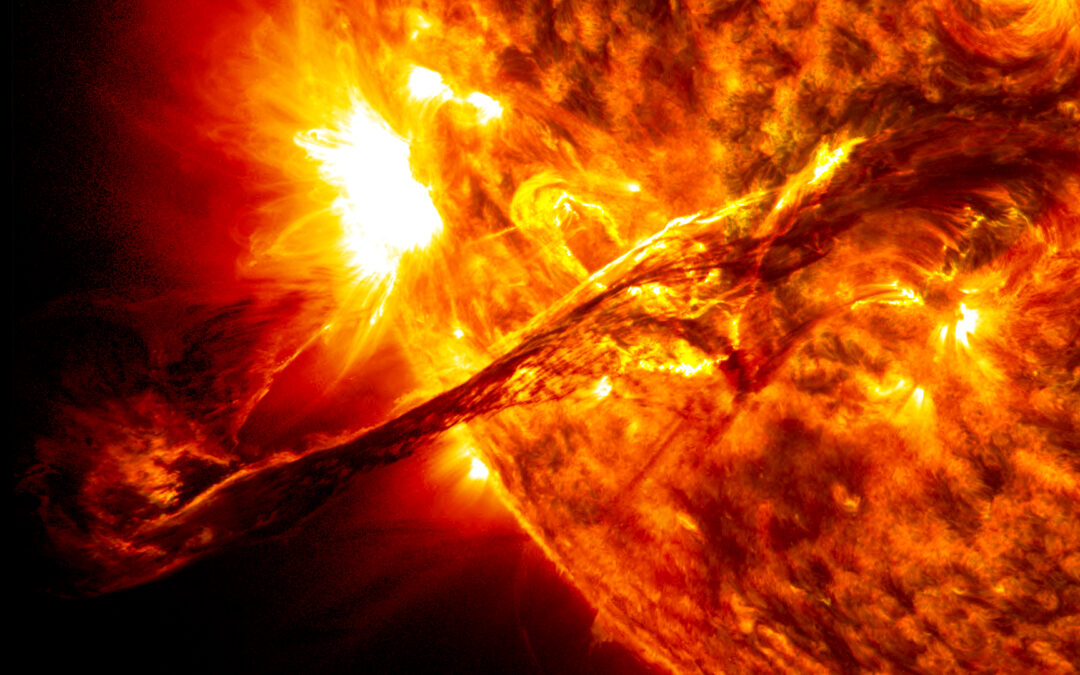 Blog Editor’s Note – A couple of items from Space.com that should be of interest to everyone who thinks about space.

Should also of interest to anyone who relies upon space-based services. Which would be… just about everyone.

The first item is about recent solar activity that interfered with some services in some locations around the planet.

The second is about what to expect. It features Scott McIntosh, a solar physicist and deputy director of the U.S. National Center for Atmospheric Research at the University of Colorado. When almost everyone else in the scientific community predicted a quiet solar cycle, Scott predicted a very active one. Perhaps the most active in recorded history. And it is looking like he was right.

We had the pleasure of speaking with Scott a couple times. You can tell he really knows his stuff. It is no surprise he got it right when most others got it wrong.

Scott says solar activity is just getting warmed up (pun intended) for the cycle peak in 2025. – We ain’t  seen nuthin’ yet.

Not to worry, though. Nothing bad has happened in our lifetimes, so clearly nothing bad is going to happen to us going forward.

What could possibly go wrong?

By Brett Tingley published 1 day ago

The flares continue a trend of increased solar weather activity.

The sun continues to display a flurry of activity.

Space weather watchers observed a series of powerful solar flares between Saturday (Aug. 27) and Monday (Aug. 29), the most powerful of which registered as an M8-class flare and occurred on Monday at 7:07 a.m. EDT (1207 GMT), SpaceWeather.com reports(opens in new tab). M-class flares are typically described as “moderate,” but can still “cause brief radio blackouts at the poles and minor radiation storms that might endanger astronauts,” according to NASA(opens in new tab).

NASA’s solar forecast is turning out to be wrong. This team’s model is still on track.

One heliophysicist’s model of solar activity is on track.

Solar cycle 25 kicked off last year. Forecasters thought it would be a mild one, but it’s turning out to be quite the opposite. From its onset, this solar cycle has been steadily outpacing predictions, producing more sunspots and spewing way more solar wind, flares and eruptions than the world’s leading experts predicted.

But while most space weather scientists are scratching their heads, saying “We still know very little about our star,” one heliophysicist has become the dark horse in space weather forecasting. His model of the sun‘s behavior seems to have gotten it right.