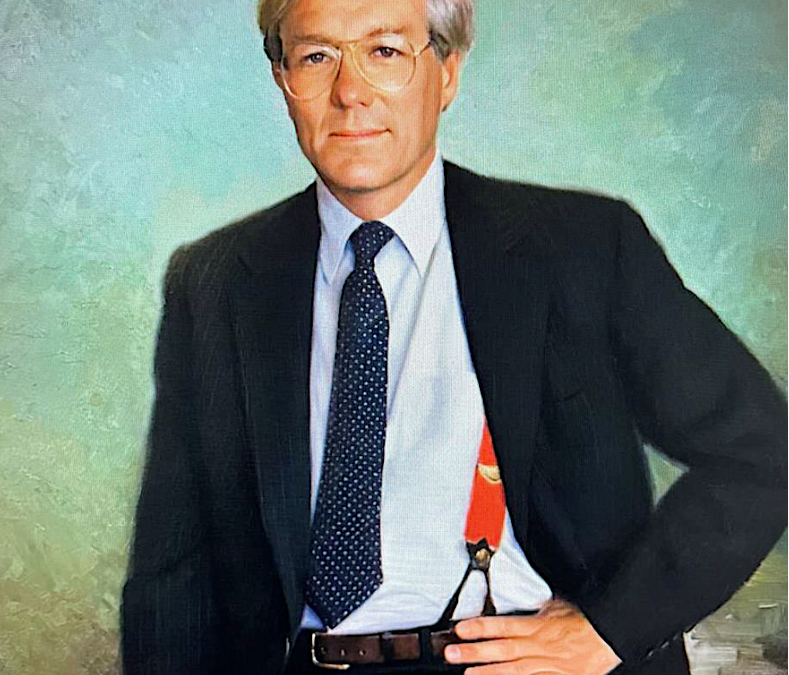 We were privileged to be able to attend a memorial service yesterday for our late friend and colleague Langhorne Bond.

Long-time RNTF members will remember Langhorne as an early supporter of our efforts and host of our first couple annual meeting/dinners at the Metropolitan Club in downtown Washington, D.C.

Langhorne was the FAA Administrator from 1977 to 1981. During his time there he was famous for his “safety first” approach.

Already a dynamic public figure, he became famous, or infamous to some airlines, after a 1979 crash of a DC-10. It was the deadliest aviation accident in U.S. history. After flaws were discovered in other aircraft, he grounded the worldwide fleet over the vigorous protests of airlines.

His motto was “it’s not safe unless you can prove it.”

Langhorne was also a staunch advocate of navigation systems. During his tenure he ensured refreshment of all the VOR and DME air navigation beacons in the country. That equipment, now 40 years old, is still in place and working today. – Though that could be an indicator of the FAA’s current commitment to those navigation systems.

While Langhorne was an attorney and not an engineer, he knew that “redundant” is a good word, even if government budgeteers don’t.

And he was a great communicator.

Check out his official FAA portrait! He is still telling us “belt and suspenders” – safety first.

Langhorne, we miss ya!