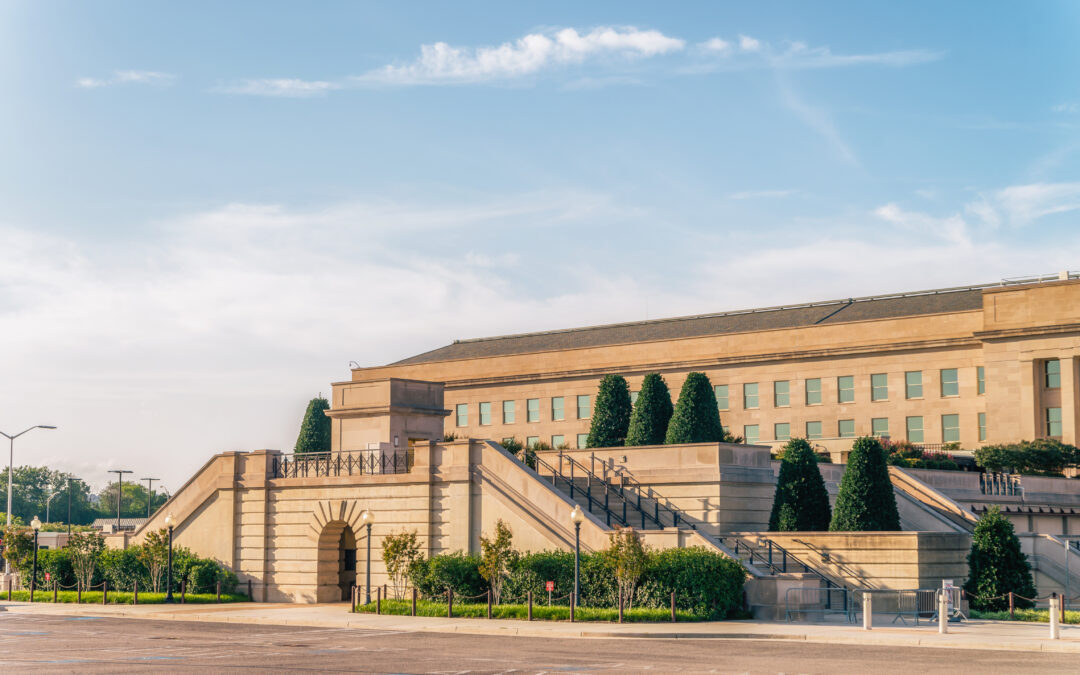 In early August, the U.S. Government Accountability Office (GAO) released its third report in 15 months about GPS and other positioning, navigation and timing (PNT) issues within the Department of Defense (DOD). Each report raised raised concerns about the way in which PNT programs were being managed and led within the department.

In May 2021, GAO reported on “Defense Navigation Capabilities: DOD is Developing Positioning, Navigation, and Timing Technologies to Complement GPS.”

Observations included that DOD continues to rely heavily on GPS despite known vulnerabilities. Also, that alternate PNT efforts are not well coordinated and receive little support.

“Opportunities” for DOD to improve its alternate PNT efforts, according to the report, include:

In May, GAO issued the report “GPS Modernization: Better Information and Detailed Test Plans Needed for Timely Fielding of Military User Equipment.” about the implementation of M-code — the military-only, stronger, more jam-resistant signal.

The report pointed out that M-code has been in development for 20+ years, and that GPS satellites have been capable of transmitting M-code signals since 2005. Also, while there are still program risks, the Next Generation Ground Control Segment, known as OCX, is forecast to be ready to support M-code use by 2023.

OCX has experienced severe cost overruns and is more than five years behind its original schedule. GAO issued a report on OCX delays in May 2019.

M-code won’t really be a capability in DOD, though, until user equipment is widely fielded. That will take several more years, according to GAO.

One of the remaining challenges to M-code implementation, GAO said, was that the department did not collect and validate all the data it needed for leadership planning and prioritization.

The first week of August saw release of the GAO report “GPS Alternatives: DOD Is Developing Navigation Systems But Is Not Measuring Overall Progress.”

A summary on the first page of the report contains what could be seen as harsh criticism of how PNT efforts are led within DOD:

“DOD’s overall PNT portfolio is managed by the PNT Oversight Council, a statutorily established senior-level body. However, the Council has largely prioritized modernizing the existing GPS system over alternative PNT efforts during recent meetings and has no strategic objectives or metrics to measure progress on the alternative efforts.” 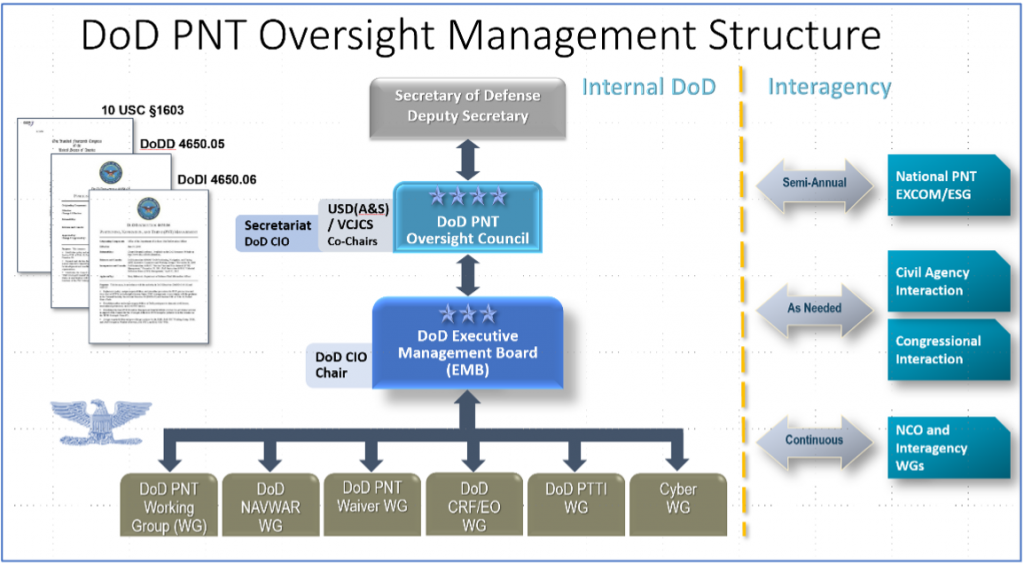 Some believe the real problem with DOD PNT is not a lack of leadership, but rather too much.

“If everyone is in charge, no one is,” commented one retired senior military officer familiar with the issue.

“Congress has been concerned about DOD’s lack of attention to GPS and PNT alternatives for years,” the individual said. “In 2015 Congress mandated creation of the Oversight Council to help ensure PNT got the right amount of leadership attention.” This may have not had the desired effect, though.

“The council is comprised of three undersecretaries, the vice chairman [of the Joint Chiefs of Staff], four combatant commanders, the NSA [National Security Agency] director, DOD’s CIO [chief information officer], and host of other very senior folks. All of whom have way too many other duties. It’s no wonder the department has a hard time getting things done!”

The department’s CIO is the Defense Secretary’s Principal Staff Assistant for PNT. As such, the CIO is tasked with coordinating department-wide efforts. The task is made particularly difficult by the many and diverse players across the department, all of whom have their own authorities, interests and projects.

Proposed systems and capabilities are examined and developed by a variety of DOD organizations. These include laboratories belonging to the five services and the Defense Advanced Research Projects Agency (DARPA).

Programs of Record, which usually lead to acquisition of large systems, are led and managed within the individual services.

Aside from recommending improved coordination of PNT efforts across the department, GAO has never addressed the way DOD manages its PNT enterprise.

“That is not something we normally get into unless specifically tasked,” said one of the reports’ authors. “We assume departments know best how to lead and manage their efforts.”

Others are not so reticent. They believe the current management structure is incapable of managing the development, acquisition and fielding of the DOD PNT Enterprise with any urgency or efficiency.

“GAO’s focus on the Oversight Council is misplaced,” one retired official asserted. “The missing piece is not oversight, it’s day-to-day DOD-wide management.”

“They need a multi-service program of record for resilient PNT,” the official said. “This would be separate from the GPS program, which would keep its own projects going and feed into the resilient effort. The new resilient PNT program should be managed by a Joint Program Office, which could consolidate integration and acquisition of resilient PNT applications. The office would be the steward for the critical technologies that underpin the modular, open-system integration strategy, including the digital reference architecture, input and output standards, software fusion engines, and needed modeling and simulation tools to ensure NAVWAR compliance.”

Such a construct could provide needed focus and coordination to DOD efforts, address many long-standing congressional concerns, and, by coordinating efforts within DOD and with industry, accelerate progress.

Dana A. Goward is President of the Resilient Navigation and Timing Foundation. He serves on the President’s National Space-based Positioning, Navigation, and Timing Advisory Board.