The report released with the legislation contains several provisions of interest for the GPS and positioning, navigation and timing (PNT) communities. Perhaps most intriguingly, it indicates the National Guard is considering a program to ensure it has one or more sources of time independent from GPS.

Here are some of the more interesting PNT-related mentions in the report.

On the civil side, these concerns have resulted in prohibiting the U.S. Coast Guard from disposing of old Loran facilities until a backup for GPS is decided upon and requiring the Department of Transportation to establish a timing alternative to GPS.

Most of Congress’ attention has been focused on the Department of Defense (DOD), though.  Over the years, it has tasked the department with a wide variety of briefings and actions including reporting on threats to GPS, how DOD will operate in GPS-denied environments, progress (or lack thereof) in OCX and M-code, and development of alternative PNT systems. 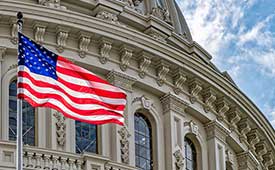 The 2023 NDAA reinforces Congress’ long standing concerns about “increasing threats of disruption” to GPS, stating “it is critical to invest in technologies that provide resilient and assured positioning, navigation and timing capabilities…”

Language in that same provision, though, focuses just on alternate navigation capabilities as opposed to full PNT. The act requires a briefing before the end of this year about DOD’s plan across the Future Year Defense Program (FYDP) for “alternative navigation broadcast services.” The briefing is required to include information about “progress on radio frequency-based alternative navigation solutions,” what the department is doing now, and cost estimates for infrastructure and other expenses across the FYDP.

The Army’s Mounted Assured PNT System (MAPS) is focused on ground vehicles. Information on the service’s website seems to indicate the upgrade in the first generation of MAPS is an anti-jam antenna. The overall program of record is more ambitious, according to the site, and includes M-code, other GNSS and inertial sensors.

“Path to ALTNAV” and “Open Standards Interfaces” are also listed as features in the MAPS final version. This is likely incorporation of DOD’s mandate for modular open system architecture to ensure the ability to easily integrate future navigation and timing systems and signals.

The Army is already producing and fielding the Gen 1 version of MAPS. In March 2022, the Aberdeen Proving Ground News announced that 1,000 units had been fielded.

In its report accompanying the NDAA, Congress expressed concern with the pace of the MAPS program. It notes the Army has procured 2,000 units — a small fraction of the 225,000 ground vehicles the service operates.

The text of the congressional report also seems to indicate the program is not much beyond the point described on its website two years ago. The website says a Program of Record technical solution was planned to have been finalized in September 2020.

The House version of the bill would require the Army to provide a briefing on:

Another indication of the delayed pace of the program is that this briefing is not due for more than a year, in December 2023.

While much less specific, another interesting PNT-related provision is a requirement for DOD to “Report on autonomy software for Next Generation Air Dominance.”

It describes a developing Air Force strategy for using piloted and unpiloted aircraft alongside each other. The software “could enable the continued operational capability of systems in positioning, navigation and timing-denied environments.” The Navy and Marine Corps are developing a similar concept. 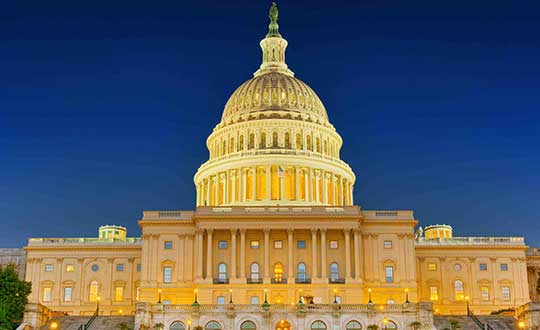 Little public information is available concerning any of the Next Generation Air Dominance programs or supporting systems. Experts have speculated, though, that operation in PNT-denied environments would likely involve some of the aircraft remaining outside the denied area and providing PNT information to the others via one or more links.

At the end of a section entitled “Collaboration on positioning, navigation, and timing research,” the House report reveals that the National Guard is concerned about relying entirely on GPS for timing and seems to have begun to address that shortfall.

It requires a report no later than February 2023 on the Guard’s “Nationwide Integration of Time Resiliency for Operations (NITRO) effort.” The report should address, among other things, mission need, capability gaps, estimated costs and how the department is collaborating with other federal, state and local entities.

The budget item for NITRO cites malicious cyberattacks that can impact command and control (C2) systems. It says the Guard’s ability to support civil authorities and critical infrastructure is at risk if not mitigated with resilient time.

While attempts to reach the National Guard for comment have been unsuccessful, PNT expert Pat Diamond said the Guard’s concerns and efforts are well justified. “Precision timing is a seriously weak link for everyone in the United States, including critical infrastructure and organizations like the National Guard,” Diamond said. “If GPS timing was not available for some reason, land mobile radios, common operational pictures, the ability to navigate, plus command-and-control systems would suffer greatly, potentially being completely degraded. It’s outstanding that the Guard has realized this and seems to be moving out. All the power to them.”

The House version of the 2023 NDAA has yet to be conferenced and reconciled with that of the Senate. While the Senate’s version of the NDAA has been filed, the accompanying report has not yet been released. Since the House provisions seem relatively non-controversial, they are almost certain to be included along with others from the Senate in the final bill and report.

The resulting legislation is almost certain to pass into law.

Congress often struggles to pass even routine legislation. For example, it has only funded the government on time in four of the last 40 years. The annual defense authorization is an exception. NDAA’s are considered “must-pass” bills. Congress has sent one to the president in each of the last 61 years.

Dana A. Goward is President of the Resilient Navigation and Timing Foundation. He is also a member of the President’s National Space-based Positioning, Navigation, and Timing Advisory Board.