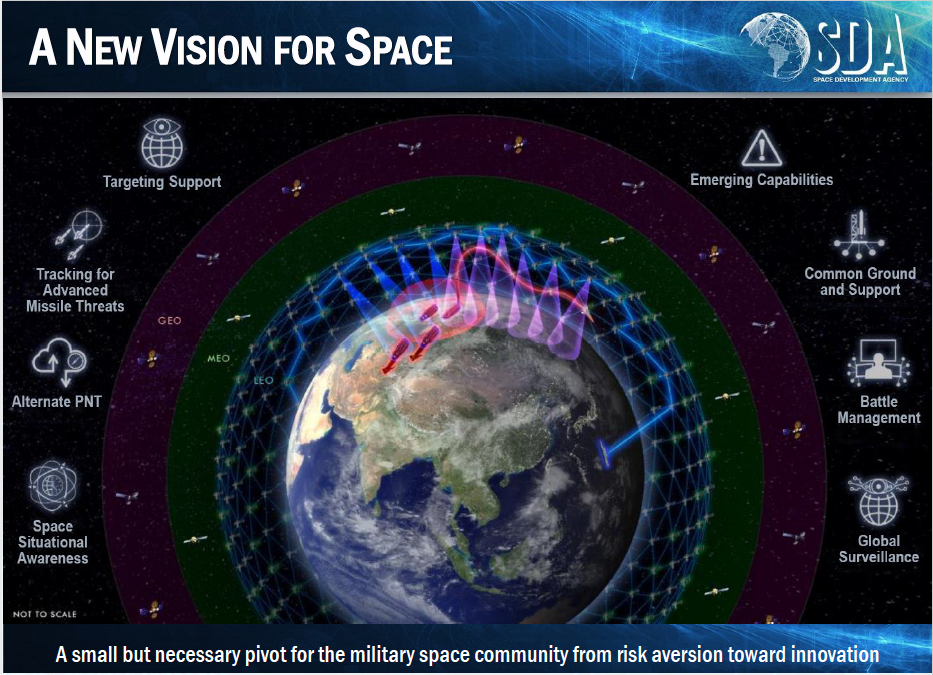 An interesting and informative article by our friend Dee Ann Divis.

Clearly a military-only LEO constellation that does several things, including PNT, has many advantages over GPS. Some advantages mentioned early in the article are “…the relatively petite spacecraft will be far less expensive to build, launch and update and the signal latency from space to the ground will be less.”

With GPS satellites lasting for a decade or more, a constellation of inexpensive satellites with a more flexible architecture that can be refreshed much more frequently has many advantages.

Also, with 144+ satellites, the constellation will be much more robust difficult to physically attack and than the 32 satellite GPS constellation.

And it appears this will be a military-only system giving DOD more flexibility to modify signals, interrupt transmissions, etc., than it has had with GPS.

One question we have heard about this program is whether it is the beginning of the military stepping away from GPS. And if so, what that means for civil users.

No system lasts forever. Someday GPS will be superseded by something else. In the absence of something horrific happening (always a possibility), that is likely decades away.

When the time comes, hopefully the government will carefully and sensibly manage the transition over the course of years as it did with the transition to digital television.

Yet, the digital TV transition was supported and driven by a very strong industry coalition, was rooted in legislation passed by Congress in 1996, took 13 years, and was lead on the government side by the Federal Communications Commission.

GPS is a DOD system and we don’t see Defense taking the lead for that kind of effort. Which industry group and what government agency will have the lead when we finally transition from GPS?  Or will everyone just be given notice and told to cope?

The Space Development Agency (SDA) is building a satellite constellation with a new, self-generated navigation capability that, if successful, will enable it to support the military with early warning and tracking information, even beyond-line-of-sight targeting, without input from GPS.

The still-unnamed web of Department of Defense satellites will use a proliferated architecture comprising hundreds of small spacecraft instead of dozens of larger, perhaps more-tempting-to-target satellites like those in the GPS constellation. Set in low Earth orbit (LEO), the relatively petite spacecraft will be far less expensive to build, launch and update and the signal latency from space to the ground will be less.

The SDA satellites will incorporate optical crosslinks creating a resilient, mesh network of connections that should enable the system to move information through the constellation from one side of the globe to another without interim downlinks to the Earth’s surface. The cross-links will also enable the satellites to share clock data and determine their position relative to each other. With this capability, and a link to the ground to add an Earth-centered reference frame, the constellation has the potential to self-generate its own positioning, navigation and timing (PNT) information and be truly independent of GPS.