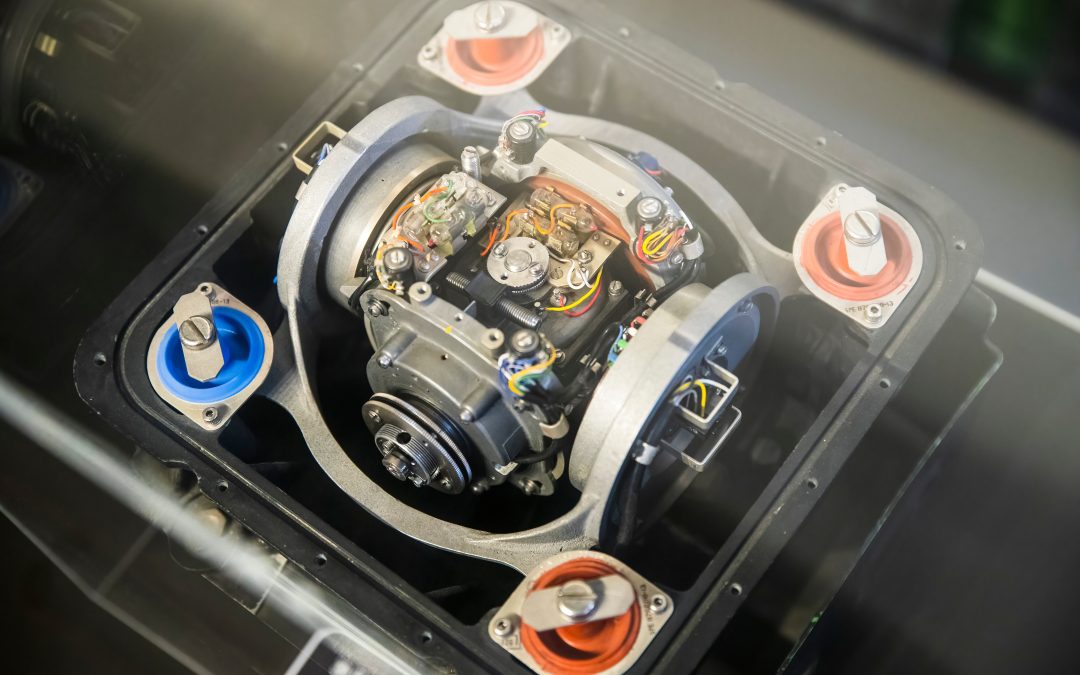 The True Value of Inertial Navigation

An Interview with Brad Parkinson

A U.S. Secretary of Defense once predicted that navigation would eventually be based on inertial devices that were set at the factory and then always knew where they were forever after. Recently published research has reported on steps in that direction.

But according to navigation expert Brad Parkinson, the outlook is not as bright as some might think.

RNT Foundation President Dana A. Goward recently discussed the issue with him.

Goward – Dr. Parkinson, you are well known for your contributions as the chief architect of the Global Positioning System. But you have more than a passing familiarity with inertial systems also, is that right?

Parkinson – I do. Long before I was involved in radio navigation, I was the Chief Analyst for all the USAF testing of inertial navigation systems. I did my masters in Doc Draper’s Inertial Lab at MIT in 1961.

I am a major advocate and defender of Inertial systems. I also have in-depth understanding of their limitations.

Goward – Have you been following the recent media coverage about advances with inertial systems?

Parkinson – I enjoy reading about these advances in physics devices. At the same time, I am a little impatient with media articles which do not appreciate the differences between building a device that measures specific force (or senses rotation) and a working inertial navigation system.

Goward – What are some if the inherent limitations of these systems?

Parkinson – I find it interesting that some of the articles speculate they may be able to supplant GPS and other GNSS. There is no way an inertial navigation system, even with perfect gyros and force sensors, can provide the accurate position (say better than 10 meters) after extended periods (hours to days). In fact, attaining better than 200 meters accuracy after a few hours will be very difficult in a moving vehicle.

T oday, farmers require even greater accuracy from GPS. They routinely use GPS for row operations, with accuracies of a few centimeters. The economic value is indirectly measured by the farmer’s purchase of such equipment – the agriculture market for GPS equipment is well over a billion dollars a year. Thus, a general replacement for GPS has to provide centimeter accuracies.

Goward – So what is it about inertial systems that stand in the way of them becoming autonomous substitutes for GPS?

Parkinson – There are some very simple and fundamental reasons that inertial positioning systems cannot hope to deliver such capability:

First, force sensors are not accelerometers. To find acceleration, one needs to add vector gravity to their outputs. But gravity, or “g force” varies a lot at the micro g levels and the inaccuracies are fed to the double integration that produces position. Errors grow as time or time squared and, without outside reset, are essentially unbounded. The physics devices described in some of these articles are definitely instruments that Doc Draper described as “Specific Force Sensors”.

What we loosely call “g force” or just “g,” is actually the inverse of the reaction to maintain stationarity on the earth. “g” is defined to include the centrifugal force due to earth’s rotation which varies greatly as a function of Latitude – the radius of the merry-go-round called earth. Mountains and chasms affect the local g. Further, it is a vector quantity: Its direction can change locally by many arc seconds. In a word, down does not generally point to the center of the earth. Gravity gradiometers might be of limited help, but they are very large and not made for dynamic environments.

In a nutshell, these devices cannot sense gravity. It must be calculated and added to the three-dimensional specific force sensor to estimate acceleration.

Second, to use these devices for extended navigation, coordinate frames would have to be defined and stable to milli-arc seconds. All instruments would have to have input axes and cross axis sensitivity calibrated to corresponding levels. Generally, this problem is ignored in many lab projects.

Third, for inertial navigation sensors to work, they need to accurately know their initial position. Any initial velocity or position errors will grow as a function of time.

Physicists have been enamored with instruments which can use atoms to sense specific force and rotation. While scientifically interesting, even if perfect they cannot overcome these challenges.

Goward – But there is still a role for inertial systems in navigation, isn’t there? How good are they and what are some of the applications?

Parkinson – I suspect the best inertial systems of today (which are in nuclear submarines) can do about 0.1 nautical miles or about 200 meters for a few days. I am sure the real number is classified. These systems are very large, expensive, and complicated. They rely on a very low acceleration environment and are periodically reset with GPS. And they probably use gravity gradiometry to calculate the local variations in gravity to the first order. They do not calculate the vertical position and use water density and knowledge of the local geoid to keep the vertical axis stable.

An aircraft with inertial can, to some extent, with knowledge from elsewhere of local sea level barometer settings, and by assuming adiabatic pressure variations, keep the vertical dimension errors bounded.

I strongly support the Inertial/GPS/Directional Antenna marriage for users who want assured PNT. Aviation is a good use case for this. Inexpensive inertial components (called MEMS) can improve the jamming resistance of the GPS receiver by 15 dB or more. This step alone can reduce the effective line of sight jammer denial area by over 95%.

Goward – So inertials can be a good part of solutions, but aren’t necessarily the whole solution themselves.

Parkinson – Exactly. Despite what some media outlets might publish as a way to lure in readers.