The Biden Administration and Civil PNT – So Far, So Good. Sorta. – ION Newsletter 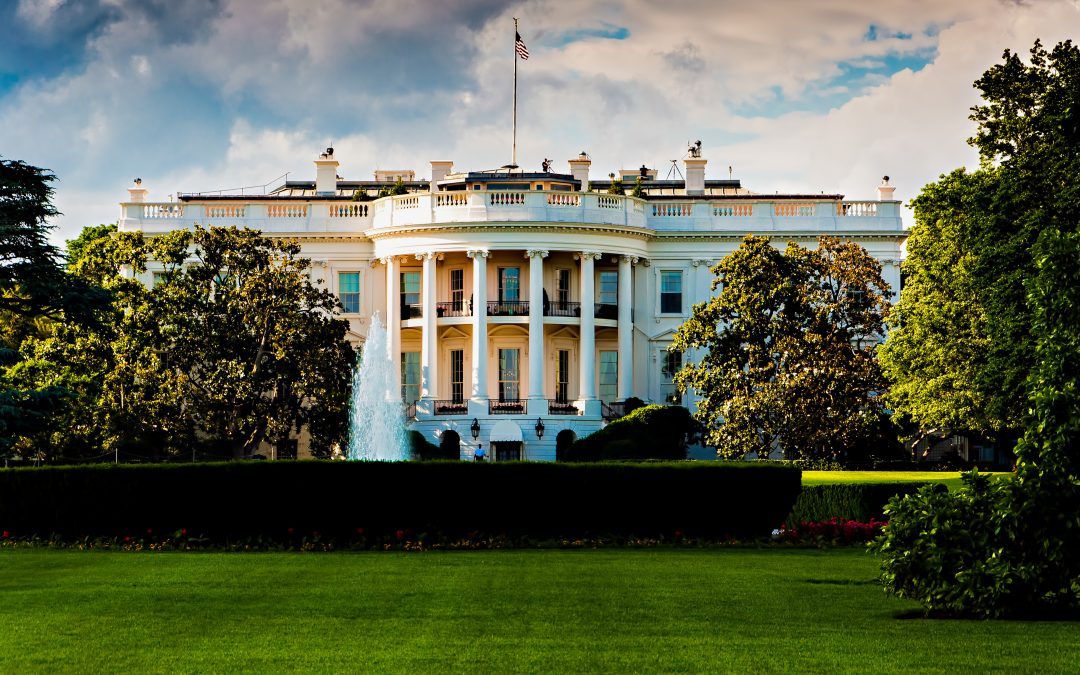 This article was written a month or so ago when the newsletter was in preparation. Since then the infrastructure bill has been formulated in the Senate without any mention, so far, of needed essential infrastructure in the form of a complement and backup for GPS.

Also in the news since that time have been a lot of reports about Chinese and Russian anti-satellite technology, and what it means for GPS. And these reports are coming from government sources like General Raymond, the Space Force Commander.

The Biden Administration and Civil PNT – So Far, So Good. Sorta.

By Dana Goward, President of the Resilient Navigation & Timing Foundation

The Biden administration has proposed $17 million in funding for resilient civil positioning, navigation and timing (PNT) efforts at the Department of Transportation (DOT) for fiscal year 2022. While this might not be much compared to DOT’s overall PNT responsibilities, it is a marked increase over the estimated $5 million being expended this year and the $2 million spent last fiscal year.

Who Decides?
While presidents have long acknowledged the importance of civil use of the Global Positioning System (GPS) and PNT, their administrations, regardless of party, have struggled to match that with funding. This is likely because, while the DOT is the lead for civil PNT issues, GPS is seen as a Department of Defense (DOD) responsibility. Requests to fund GPS and PNT needs through DOT are difficult to explain to harried bureaucrats and congressional staff.

Also, for the most part, civil PNT issues have been relatively low profile, not rising to the attention of the chief executive. Aside from President Reagan making GPS available for civil use and President Clinton doing away with selective availability, civil PNT issues generally have been the province of career civil servants.

This has given career staff closest to the White House an outsized role. Until recently they had not shown much visible interest in civil PNT issues. Often, they have been actively hostile.

As one example, despite President Bush’s 2004 mandate for a backup capability for GPS, staff at the Office of Management and Budget (OMB) were able to block the announced solution in the first days of the Obama administration. This despite four years of governmentwide research, negotiation, and broad agreement on the way forward.

Again, in 2015, after the Obama administration wrote Congress saying it would build a terrestrial backup for GPS, OMB staff made sure nothing ever happened.

This seems to also have been true in the Trump administration. In 2018 President Trump signed legislation that included the National Timing Resilience and Security Act (NTRSA). The Act required at least one terrestrial timing backup for GPS be established by December 2020. Yet no action was taken to comply. Having failed to meet, or even work toward, the Act’s deadline, in February 2020 the administration instead issued Executive Order 13905 focusing on encouraging civil GPS users to protect themselves.

In its last days, the administration did publish a new national space-based PNT policy that addressed a number of civil PNT issues. It called for, among other things, additional research, and interference monitoring and detection. Also, for the government to “…identify and implement, as appropriate, alternative sources of PNT for critical infrastructure, key resources, and mission-essential functions.”

Senior Leaders Engaging
The long-standing status of civil PNT as a third- or fourth-tier issue may be changing with the Biden administration.

Political appointees seem very much aware of PNT’s importance, the impact of the Federal Communications Commission’s (FCC) decision in favor of Ligado Networks, extensive jamming and spoofing around the world, and the fact that—unlike China, Russian, Iran and others—the United States has no widely implemented fallbacks or alternatives to space-based PNT. They are also aware that the NTRSA remains unexecuted and there is political peril in America not being prepared for yet another nationwide problem. These have all been reflected in reported comments by Department of Transportation Secretary Pete Buttigieg, DOT Deputy Secretary Polly Trottenberg, and other senior members of the administration.

Bringing even more awareness of PNT issues to the Biden administration is Caitlin Durkovich, senior director for resilience and response at the National Security Council. She previously served in the Obama administration as assistant secretary for infrastructure protection at the Department of Homeland Security. In that role she became very much aware of the importance of PNT, once describing GPS as a “single point of failure.”

Increased Funding Proposed
This increased awareness and appreciation at senior levels already has influenced the budget process — a clear indicator, as then-Senator Biden said, of what people
really care about.

The $17 million requested for resilient PNT issues in the administration’s proposal for fiscal year 2022 is grouped in three areas. While it is questionable whether this amount will be sufficient for the listed efforts, it is at least a start.

A sum of $3.5 million is requested for “GNSS Performance Monitoring and Interference Detection Capability.” This one is really two related projects.

The first is civil GPS signal monitoring. Convincing folks within the administration and/or Congress of the need for this has been a multiyear challenge for DOT. It is good to see the Biden administration agreeing with the need right off the bat.

The second is for establishing an interference monitoring and detection capability that could also geolocate disruption sources. This has been discussed as a “should do” in policy documents since 2004. The Federal Communications Commission’s decision on Ligado Networks may have been the final impetus for action as it is mentioned as part of the budget justification.

Another $3.5 million is requested for “Executive Order 13905 Implementation and GPS Signal Authentication.” This is another two-parter. The first is vulnerability assessments and studies. The second will look at validating and authenticating civil GPS signals.

The lion’s share of the request, $10 million, is for “GPS Backup/Complementary PNT Technologies Research.” This is to execute the recommendations from the DOT GPS Backup Technology Demonstration. It will fund efforts to develop alternate PNT safety-critical standards for transportation, performance monitoring capabilities, and a vulnerability and performance testing framework.

A Strange Twist/ Insult to Congress?
One facet of the budget request that has baffled members of Congress and their staffs, as well as outside observers, is a proposal in the budget submission to repeal the NTRSA.

One congressional staff member who, like all the others who shared their perspectives for this story, spoke on background due to ongoing budget negotiations, said, “We are stunned. This is the exact opposite of what we have been hearing from senior leaders in DOT and expecting in the budget.” Another was shocked when no one
from the administration consulted with concerned members of Congress before sending the proposal forward. “I can think of very few instances when an administration has surprised and embarrassed members like this. Not even a phone call or email to explain or give us a heads up. It’s a real insult.”

Speculation as to how this happened and what it means abounds.

“Numerous senior administration officials seem to agree with doing something to execute the Timing Act,” said one retired official. “The lack of coordination with Congress tells me that this likely was slipped in by someone at OMB thinking it would be under the political radar.”

As to motivation, some say that it is a continuation of decades-old opposition within OMB to doing anything to protect civil users. The philosophy being the government should not be in the civil PNT business. Others say that it is more of a process concern than opposition to establishing a timing capability. “OMB has long opposed  PPPs [public private partnerships],” said a Capitol Hill staffer familiar with the issue. “They see NTRSA as facilitating a PPP, and they hate that.”

Still Talking
With a pandemic to battle, an economy to restore, the climate to rescue, and a volatile international situation to work on, it is likely that senior folks in the Biden administration have not had much time in the last six months to think a lot about civil PNT. And realistically, compared to so many other things, civil PNT is going along OK, for now.

And while the landscape and players may be confusing, Americans concerned about civil PNT issues might be encouraged, nonetheless. If the old Hollywood maxim, “It doesn’t matter what they say, as long as they are talking about you,” holds true, things are looking up. Despite everything, the level of conversation in Washington about civil PNT has never been higher.

RNTF will be hosting GAO Report sessions at ION’s JNC and ION GNSS+.

On May 10, 2021, the Government Accountability Office (GAO) released its report “Defense Navigation Capabilities: DOD is Developing Positioning, Navigation, and Timing Technologies to Complement GPS.” Among the report’s recommendations were that the Department of Defense consider using resilient technologies as the cornerstone of its PNT efforts going forward, instead of its current plan to build its plans around GPS.

The full report is available for download at: https://www.gao.gov/assets/gao21-320sp.pdf

The Resilient Navigation and Timing Foundation hosted a webinar, facilitated by ION, on the report that can be viewed for free at: https://www.ion.org/publications/
webinar-GAOreport.cfm

The Resilient Navigation and Timing Foundation will be hosting informational sessions at ION’s JNC and ION GNSS+ conferences with the report’s authors and invite interested parties to attend.

GET PDF OF ARTICLE HERE