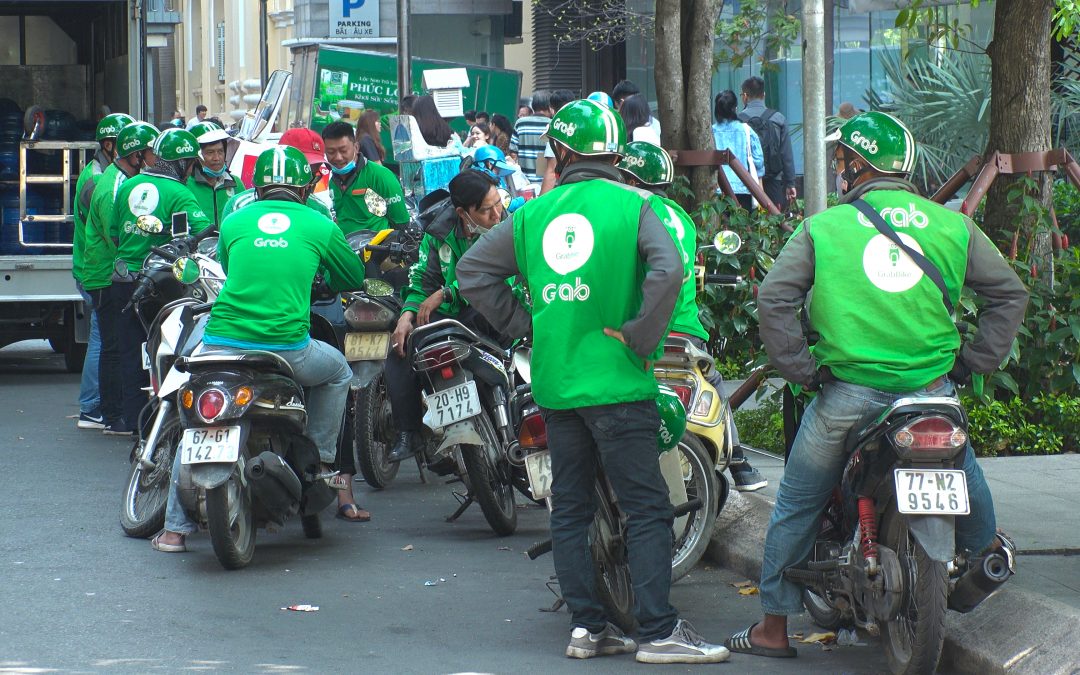 Blog Editor’s Note: “Adversarial Interoperability (AKA Competitive Compatibility/comcom), the practice of modifying an existing technology against the wishes (or without permission) of its maker.”

We were certainly familiar with the practice, but learned the name of the phenomenon while researching this piece.

In this instance, corporate overlords require that the driver closest to the call gets to respond. But that just causes massive traffic james of drivers wanting to be near popular pickup spots. Something that is not in anyone’s best interest.

People jam and spoof GPS for lots of reasons. Most not so good. Sometimes to not let the rules keep them from doing the right thing.

In Indonesia, unofficial apps let delivery drivers filter orders and spoof their GPS location to beat the algorithms at their own game.
RQ
By Rida Qadri

The McDonald’s on Jalan Salemba Raya, Jakarta’s crowded main thoroughfare, is a magnet for food delivery orders. On any given day, a dozen or so app-based delivery drivers—locally called ojol—wait in the parking lot. Inch by inch, they try to move as close as they can to the center of the lot, desperate to have the matching algorithms recognize their proximity and assign them an order.

But even more drivers are there virtually, using GPS-spoofing apps to position themselves right in the center of the McDonald’s lot while they physically wait under nearby shelters. Using these unofficial apps, known as tuyul, drivers can set their GPS pins at the optimal location they would like orders from, without having to physically drive there.

In Jakarta, these kinds of unauthorized apps are a common tool-of-the-trade among app drivers working for Gojek, a $10 billion delivery and transport “super app” that is the Indonesian equivalent of Postmates, Apple Pay, Venmo, and Uber. Though Indonesia is by far its biggest market, Gojek operates in more than 200 cities in Indonesia, Singapore, Vietnam, and Thailand.