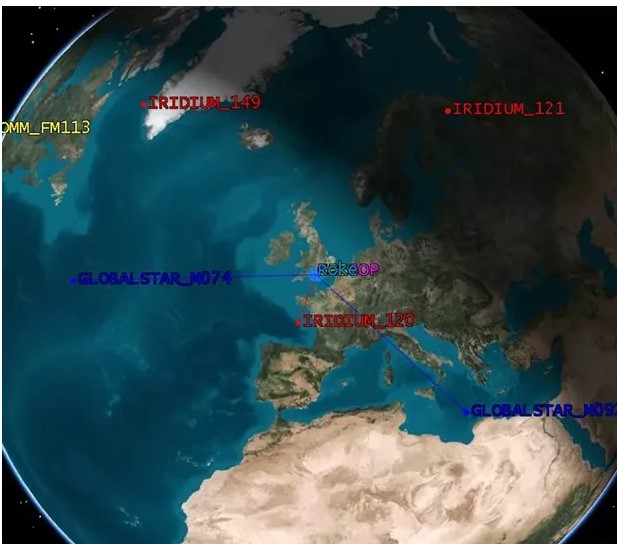 Blog Editor’s Note: We remember about 10 years ago when smart GNSS folks said this likely possible but not practical and wouldn’t result in anything worth using. A number also said spoofing was theoretically possible but would never be a practical threat. Interesting to see how many things have changed since then.

GPS is a good example of how, with enough time and effort, possible can often become practical. Some trace GPS back to a couple guys at JHU APL listening to the doppler on Sputnik in 1957 and calculating its trajectory and positions.  Getting location information from a satellite was possible, but not practical. It took 36 years (1993) until the first GPS constellation was operational.

This idea is also currently being investigated by others including Army Futures Command and the UT Radionav Lab. Perhaps its time has come.

Another thing to remember is that a system doesn’t have to perform as well as GPS to be useful. GPS often provides way more than users need. GPS might give you 27 inches accuracy, for example, but how many of us could make do with 100 feet or even 100 yards? Especially if we are just looking for a fall back for when GPS is not available or trustworthy for whatever reason?

We also note that the UK is especially interested in this problem. At least at the political level, much of the justification for investing in OneWeb was to offset being excluded from Galileo after Brexit.

It will be interesting to see how well these kinds of efforts do, and how well they need to do, to be successful and adopted for use.

We are heavily reliant on Global Navigation Satellite Systems (GNSS) for navigation, positioning and timing services, both for critical infrastructure and military operations as well as in normal life. However, GNSS signals are weak, making then vulnerable to both deliberate and accidental interference and deception (spoofing). An alternate means of navigation is required to take over when GNSS is completely denied and to validate it when it is not.

Stronger satellite signals at similar frequencies can be used to supplement and take over from GNSS signals, creating signals of opportunity to support positioning and timing. They are designed to communicate with small terminals such as satellite phones or modems, so can be processed to a similar size as a traditional GNSS receiver. Unlike terrestrial signals of opportunity like TV transmitters or mobile basestations, satellite signals have the advantages of providing global coverage and are not vulnerable to local power disruptions or outages. Roke was funded by the Defence Science and Technology Laboratory (Dstl) to investigate this approach, and we constructed a prototype antenna array capable of receiving satellite signals from a range of different sources in L and S bands. This enabled measurement of direction, Doppler and propagation time for each satellite. We then conducted a number of 4×4 trials to confirm the outcome.

This research shows that that is possible to exploit the transmissions from the existing Iridium, Globalstar and Orbcomm constellations to achieve navigation and timing for a moving platform. This is currently realised using an antenna array but could be achieved from a single antenna for more space constrained platforms. Future work would seek to further improve positioning accuracy by exploiting more satellite signals and to mature the concept to higher Technology Readiness Levels (TRL), in collaboration with government, military users and industrial partners.