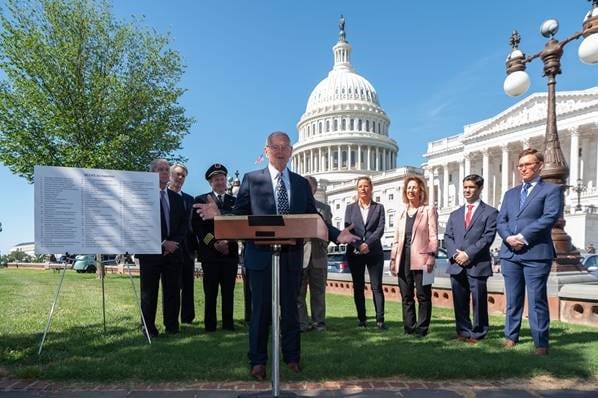 Blog Editor’s Note: Since this was written, 105 companies and organizations sent a letter of support to the bill’s sponsors.  Read it here.

The author of the article is President of the RNT Foundation.

The bipartisan RETAIN GPS and Satellite Communications Act seeks to compensate all GPS and satellite communications users harmed by the April 2020 Ligado Order from the FCC. 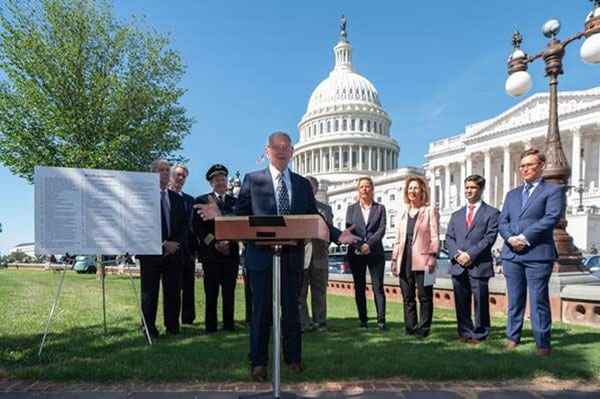 Inhofe is the ranking member of the powerful Senate Armed Services Committee. That committee’s chair, Senator Jack Reed (D-RI), is a co-sponsor, as are Senators Tammy Duckworth (D-IL) and Mike Rounds (R-SD).

The bill has several provisions, all of which are aimed at ensuring anyone using the frequencies the Federal Communications Commission (FCC) allocated Ligado in April 2020 will compensate all GPS and satellite communications users that are harmed.

This would pose a significant increase in financial liability for Ligado. Under the current FCC order, is only responsible for reimbursing the federal government for costs to modify systems and replace equipment.

Many see this provision as manifestly unfair. “The FCC is requiring Ligado to pay damages to federal equipment, so the company should also pay damages to equipment owned by ordinary Americans,” said George Washington University economics professor Diana Furchtgott-Roth.

“With Ligado 5G transmitters overwhelming GPS signals, pipeline maintenance and systems operations would be affected. Plus, private pilots might find that navigation technology does not operate, joggers might find that their health trackers ceased to work, and firefighters might not be able to get to their destinations.”

The FCC decision was, and remains, controversial. Seven different petitions to reconsider were filed by various organizations and coalitions, including the National Telecommunications Information Agency (NTIA) on behalf of the entire executive branch.

The FCC has yet to respond to any of the petitions, though it has denied requests to stay its order pending resolution of concerns.

Inhofe has long been concerned about the FCC’s action. As then-chair of the Senate Armed Services Committee, he held hearings, issued press releases, and made public statements aimed at Ligado’s financial backers and potential backers. All warn of disastrous consequences should Ligado’s plan for transmissions in the bands adjacent to GPS be put into operation.

Inhofe also ensured several provisions were included in the 2021 National Defense Authorization Act (NDAA) that addressed the FCC’s action. These include:

More information about the proposed “RETAIN GPS and Satellite Communications Act” is available at the Senator’s website.

Dana A. Goward is President of the Resilient Navigation and Timing Foundation. The foundation has petitioned the FCC to reconsider its decision regarding Ligado Networks.