‘Take the bullseye off GPS before it’s too late!’ — PNT leaders at GWU webinar – GPS World 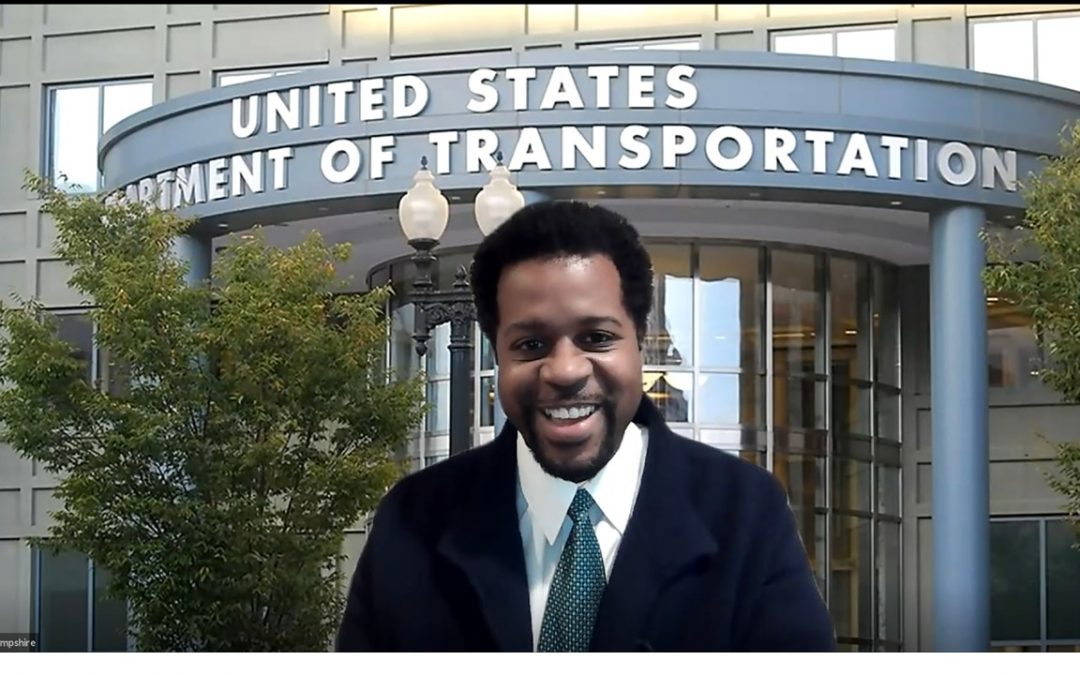 ‘Take the bullseye off GPS before it’s too late!’ — PNT leaders at GWU webinar

A May 5 webinar about the GPS Backup Technology Demonstration by the U.S. Department of Transportation (DOT) provided valuable insights about the project and intended way forward for PNT efforts in the department.

It also evolved into a policy discussion with former government leaders saying establishing alternative positioning, navigation, and timing (PNT) systems would make GPS safer by “taking the bullseye off,” and that “the time is now, before it is too late.”

The webinar, titled “What Technologies Can Secure GPS?”, was hosted by the Space Policy Institute at George Washington University (GWU). A bipartisan constellation of civil PNT stars gathered to participate in the event.

Featured in the webinar were:

Hampshire opened the event with an address that touched on Biden administration themes of “building back better,” modernizing infrastructure, reducing transportation deaths, making transportation more efficient, and preserving America’s technological leadership. All of these were linked to the need to improve PNT resiliency and reliability. 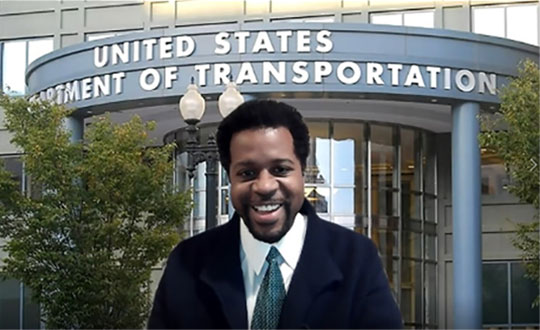 Backup tech demo did not close any doors

Van Dyke and Hansen then gave a presentation on the results of the department’s technology demonstration project.
Van Dyke pointed out that, while “GPS backup” may be a popular term, we need complementary capabilities that come into play not just when GPS is unavailable but work alongside it and provide additional capability and resilience all the time.

She also mentioned that the department is well aware there are more candidate technologies than those selected for the demonstration. Companies offering other ways of providing PNT will not be excluded from future consideration and efforts just because they were not part of the demonstration project.

Also, while the government collected the data during the demonstrations, she acknowledged that the effort was designed to “showcase the technologies in their best light.” Further study, stress testing, and evaluation will be needed for any system or technology that might be of interest to the government.

Key elements in the demos

Hansen discussed the particulars of how the technology demonstrations were conducted and some of the results. While the department evaluated 14 measures of effectiveness during the project, Hansen said that two were key — accuracy and coverage per unit of infrastructure.

All the technologies demonstrating timing showed accuracy that would be useful across a wide range of applications, he said. Positioning accuracy, though, varied from a “ones of meters to around 300 meters” depending on the technology.

Hansen said that coverage per unit of infrastructure varied exceptionally between the technologies. These included satellite systems that provide global coverage with a fixed infrastructure, and radio frequency systems with widely different coverage areas per transmitter.

He also observed that the technology demonstration project was not the end of the department’s technical inquiries. In fact, some of its results—such as eLoran performance in an underground scenario—were unexpected and are being further examined.

Transportation has some of the most stringent PNT requirements for accuracy, integrity, availability, and reliability, he said. And not all safety-critical transportation requirements may be met by market-based business models. Commercial systems lack the open standards and specifications that have made GPS so useful and widely adopted. Hansen said that the department will be working on these issues going forward, as well as performance monitoring for alternative systems.

A recurring theme throughout the webinar from all participants was that there is no single solution, no silver bullet, to achieve sufficient national PNT resilience. A systems-of-systems approach was needed. In Hansen’s words “a plurality of complementary systems” is required to ensure PNT reliability and safety, as well as efficient transportation.

Take the bullseye off GPS! — An urgent national security issue

While agreeing with the systems-of-systems approach, Greg Winfree pointed out that a first step still needs to be taken. He said that the nation has known about the need for alternate PNT since a 2001 report by DOT’s Volpe Center. Twenty years later, still no long overdue first step has been taken.

Just establishing the first alternative and complementary system, Winfree said, will make GPS and the United States much safer. “We need to take the bullseye off of GPS,” he said. GPS is so critically important to this country that it is a very attractive target for those who would do us harm. Having even one just alternative in place would make it much less of a target.

Diana Furchtgott-Roth pointed out that China, Russia, Iran and others have terrestrial systems that complement space-based PNT. About establishing alternatives, she said “The time is now, before it’s too late.”

Provisions in the United States National Space Policy provide that “[a]ny purposeful interference with or an attack upon the space systems of the United States or its allies that directly affects national rights will be met with a deliberate response at a time, place, manner, and domain of our choosing.”

Scott Pace also commented that an having an alternative to GPS will contribute to national security and improve global stability. It will “lower the pressure on us to escalate and respond” should GPS satellites be damaged, or services disrupted, he said.

One of the questions posed at the end of the session was about actions and expected accomplishments in alternate PNT at DOT in the next 18 months. When could the first alternative system be expected?

The DOT technology demonstration report recommended that the department work next to develop standards and requirements for alternative systems. Current government employees were appropriately reluctant to say much more.

Calling upon her recent experience in government, however, Diana Furchtgott-Roth that said she believed that the department needed time to stress test technologies, develop standards and finalize requirements. Since many capable technologies were mature, some already in operation, she thought the first capability could be up and running within a year after that.

The only missing element according to Furchtgott-Roth is funding, and the focus needs to be on motivating Congress to provide it. The stage is set, she said, with all parties agreeing on the importance of resilient PNT.

She observed that it is very difficult to get the two parties in Congress to agree, and to pass legislation. Yet this has happened three times in support of establishing GPS alternatives. And PNT is such a critical capability that the entire executive branch even came together to protect it last year opposing the FCC’s decision in the Ligado Networks application.

She also related that, when she was in office, she requested $15M for the current fiscal year to do needed stress testing and standards development, but the funding did not appear in the budget.

One reason could have been questions she was asked about whether it is the government’s job to pay for an alternative to GPS, she said.

As a conservative economist her answer was and is a resounding “Yes.” The national need is beyond the business model of one company or private entity. That is something also suggested in DOT’s report on the tech demo.

Also, “enormous value and vast efficiencies” come from one entity funding such a utility, she said. “Just as the government funds national defense, it should also provide a complement to GPS.”

George Washington University’s Space Policy Institute reports a recording of the webinar will be posted on YouTube within the next week.