China Brags it Made US Navy Switch to Bei Dou 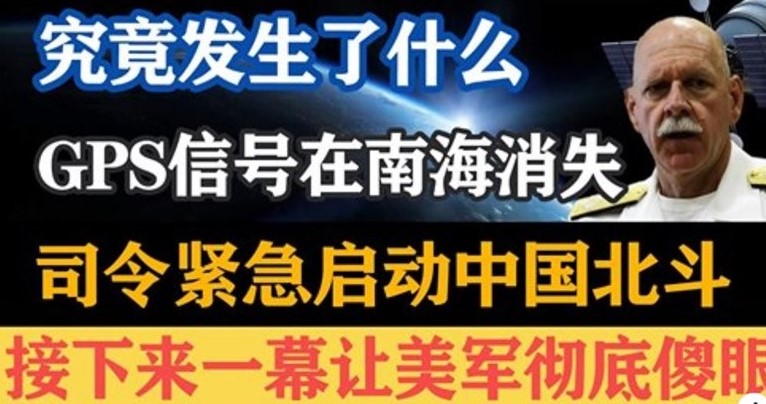 Blog Editor’s Note: One of our members pointed out this Facebook post about a Chinese news cast. Google Translate agrees with the translation of the title. Even without being able to understand the audio, the video makes it pretty clear that the segment supports the title.

This is not inconsistent with other reports. US Air Force commanders have reported that U-2 pilots conducting surveillance missions near Russia and China have used GLONASS and Bei Dou to navigate because GPS is jammed. This jamming is not a trivial issue as all GNSS broadcast in the same general frequency band. So interfering with one while leaving another untouched requires some skill and effort.

What happened? The GPS signal disappeared in the South China Sea. The commander urgently activated the Chinese Beidou. The next scene made the US military completely dumbfounded. 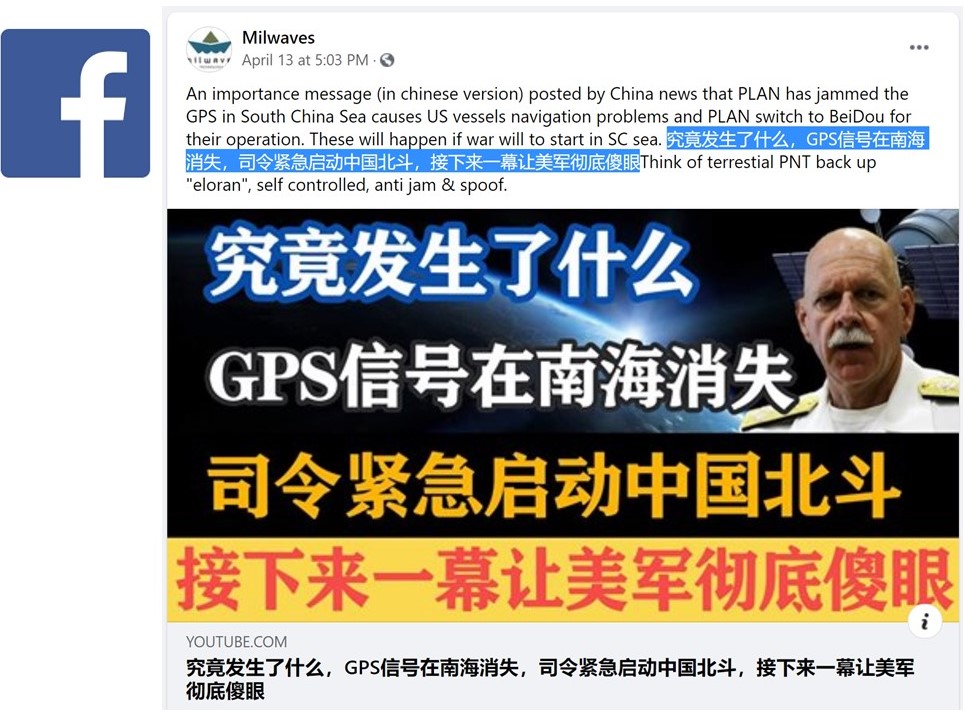