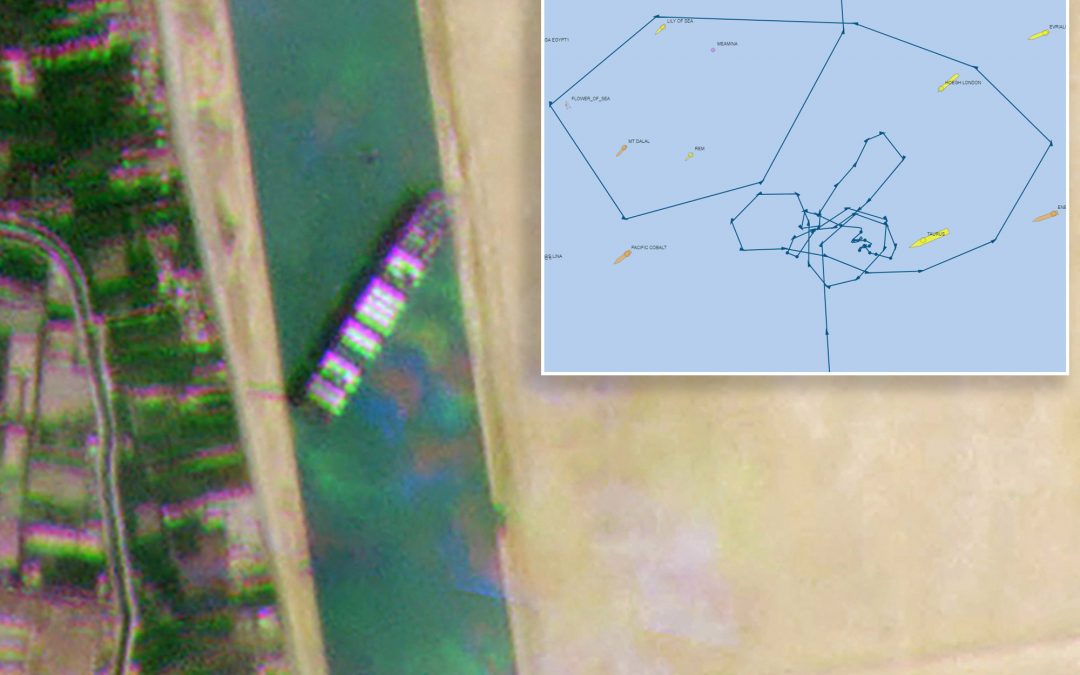 Blog Editor’s Note: The below press report discounts this being a prank by the Vessel Finder site, and seems to assume the ship actually sailed this pattern before entering the Suez Canal and getting stuck.

Our readers will quickly guess the most likely answer – that there is a GPS spoofing device on board and the crew were messing around with it.

Seasoned mariners will also guess that the same lack of professionalism that led to a spoofer being on board and the crew playing around with it to create such images, likely contributed to the ship getting stuck in the canal.

Hot dog, does this container ship have bad luck.

Before getting itself into a pickle by running aground in the Suez Canal, this unfortunate vessel drew one.

According to nautical tracking service VesselFinder, the massive Ever Given charted a route resembling a penis, testicles and an enormous butt in the Red Sea before it became stuck, causing an intercontinental traffic jam in the maritime artery. 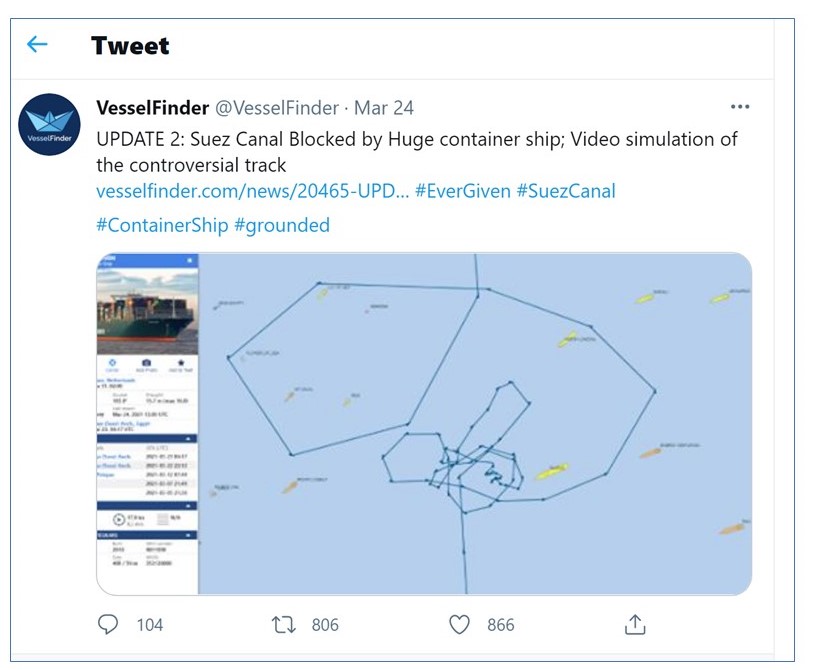 As for the possibility that the vessel tracking site somehow conjured the data as a juvenile genital joke, “There is no room for some kind of conspiracies or false data,” a spokesperson for the site told Vice.