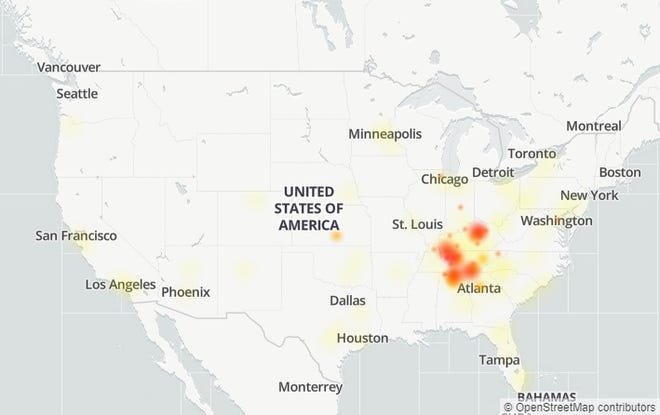 Blog Editor’s Note: It looks like the blast itself only impacted a block or two of downtown Nashville.

Yet telecommunications customers in Seattle, VA and Vancouver, Canada were impacted as were those in other far flung cities. Flights at the Nashville international airport nine miles away from the explosion were halted for three and a half hours. And many 911 services in Tennessee were disrupted.

This is one example of why we argue for a Resilient National Timing Architecture that includes space, fiber, and high power, difficult to disrupt wireless terrestrial transmissions.

Single points of failure are very economical and lead to much higher profits than resilient systems. Private enterprise can do lots of great things efficiently. But the profit motive is never a good basis for national and economic security.

So, who, exactly, is responsible for ensuring we have resilient networks and single points of failure are eliminated?

Widespread 911 issues in the Nashville area were reported after AT&T wireless and internet service were disrupted on Friday hours following a massive explosion downtown.

AT&T internet and phone service were disrupted in the area about 12 p.m. Friday. The outages continued into the evening.

Users around the country reported disruptions in service, but there was a concentration in the Nashville area and Middle Tennessee, growing in reach from Kentucky to Alabama as more reports came in.

A handful of local police departments reported the outage was disrupting 911 access, including some non-emergency lines, in their jurisdictions.