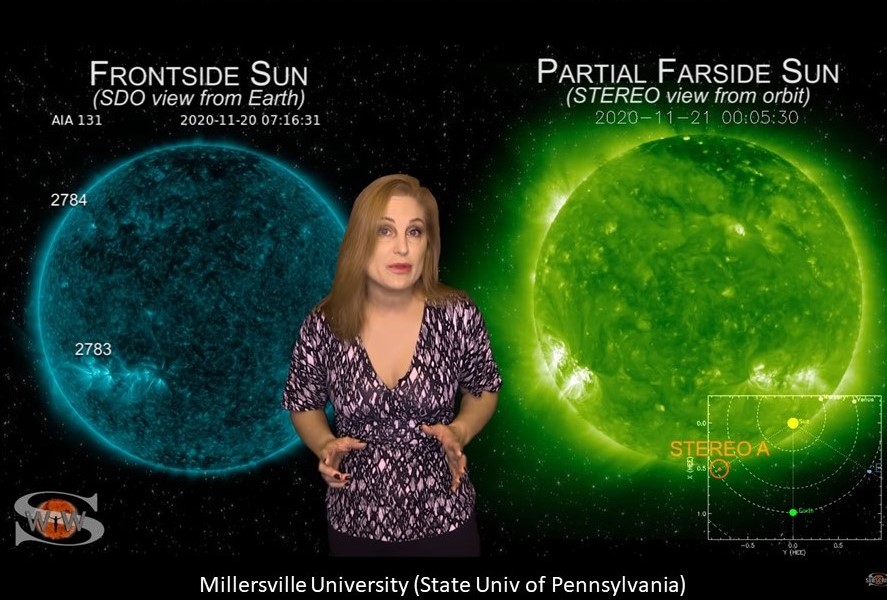 “Coronal Mass Ejections (CMEs) are large expulsions of plasma and magnetic field from the Sun’s corona. They can eject billions of tons of coronal material and carry an embedded magnetic field (frozen in flux) that is stronger than the background solar wind interplanetary magnetic field (IMF) strength.” (NASA)

Particularly strong CMEs impacting the earth can disable or damage satellites and ionize the atomosphere preventing satellite signals from getting through.

The 1859 Carrington Event was so strong the “northern lights” were seen in the tropics, and currents were induced in telegraph lines powerful enough to set some offices on fire. The same thing happened again in 1921 with the “New York Railway Storm,” named after one of the offices that caught fire.

Earth narrowly missed being hit by a “solar super storm” in 2012.

Last week’s forecast warned GPS users of potential problems, particularly in areas with auroras, and in low latitudes, over the next week or so.

Thanks to Marco Lisi for highlighting this report for us. 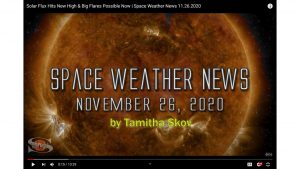