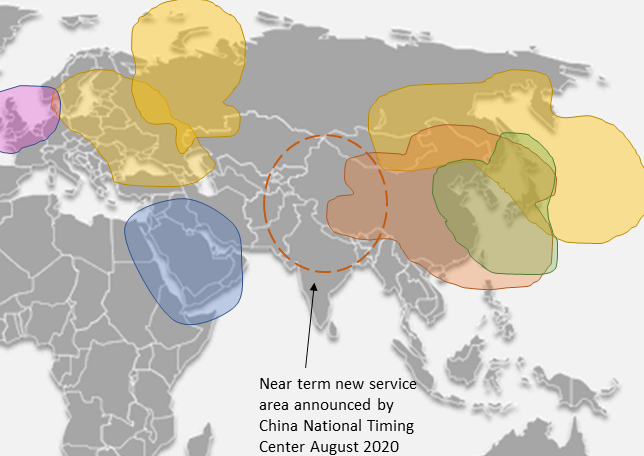 Blog Editor’s Note: The paper cited below was published three months after another Chinese paper in the same journal that discussed China’s expansion of its Loran system to better serve the western portion of the nation.

We note that the effective range cited in this paper of 55 km for a differential eLoran staion to ensure 100ns accuracy relative to UTC is larger than the 35 km claimed by others.

Abstract: An enhanced long-range navigation (eLoran) system was selected as the backup of Global Navigation Satellite Systems (GNSS), and experts and scholars are committed to improving the accuracy of the eLoran system such that its accuracy is close to the GNSS system. A differential method called eLoran differential timing technology is applied to the eLoran system, which has been used in maritime applications of eLoran. In this study, an application of eLoran differential timing technology in a terrestrial medium is carried out. Based on the eLoran timing service error, the correlation of the timing service error is analyzed in theory quantitatively to obtain the range of the difference station in the ground. The results show that to satisfy the timing accuracy of 100 ns, the action range of eLoran difference station on the land needs to be less than 55 km. Therefore, the eLoran differential method is proposed, and in the difference station, the theoretical calculation is combined with the measurement of the signal delay to obtain the difference information, which is sent to the users to adjust the prediction delay and improve the eLoran timing precision. The experiment was carried out in the Guan Zhong Plain, and the timing error of the user decreased from 394.7287 ns (pre-difference) to 19.5890 ns (post-difference). The proposed method is found to effectively enhance the timing precision of the eLoran system within the scope of action.