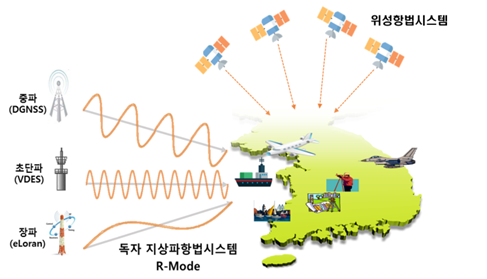 South Korea partners with broadcaster on eLoran and 10-cm GPS

“Fourth industrial revolution and advanced technology” for all sectors

Titled “Utilization of Next Generation Maritime PNT Information,” the MOU is between the Ministry of Oceans and Fisheries and the public broadcaster Munhwa Broadcasting Corporation (MBC). 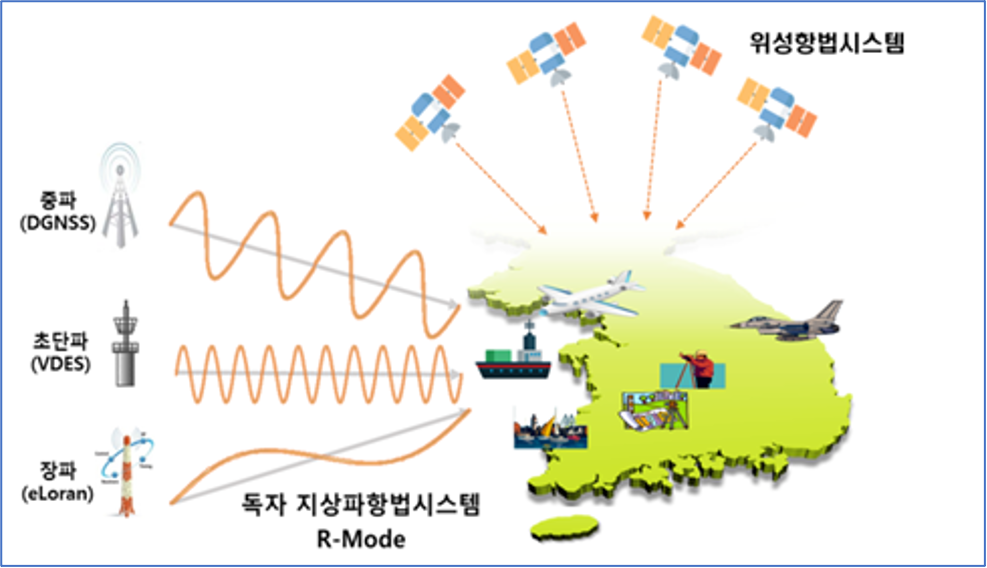 Timing signals from GPS/GNSS are often used to enable digital broadcasts. These signals have been regularly blocked by jamming from North Korea in the past. MBC officials report that using eLoran timing signals will allow the company to continue operations when signals from space are not available or reliable for whatever reason.

Also in the agreement is the government’s use of MBC’s network to transmit GNSS integrity and correction information as part of a project to enable 10 cm location accuracy.

Both of these efforts appear to be part of a “maritime PNT system of systems” approach being pursued by South Korea to ensure maritime navigation, with spill-over benefits to other sectors. Core technologies will be eLoran, VEDS-R mode, and differential GNSS. This is very similar to the “hybrid system” called for by the European Space Agency-sponsored MarRINav project in the United Kingdom.

While the MOU and efforts discussed are nominally maritime focused, the South Korean government’s intent is to benefit and support all sectors. According to the press release about the MOU signing, the ministry will promote the system “so that eLoran, the core technology of the era of the fourth industrial revolution, and next-generation advanced marine PNT technology can be actively used in a wider variety of fields.”

eLoran services will be available in South Korea next year. Two existing Loran-C transmitter sites will have been upgraded to the eLoran standard, and one new eLoran transmitter site added. Two differential eLoran correction stations have already been deployed as part of the eLoran testbed.

South Korea has been studying upgrade of its Loran-C network to the more automated and accurate eLoran standard since 2016. The government describes eLoran as an “advanced terrestrial navigation system that can stably provide PNT services without radio disturbance by using a terrestrial transmission tower rather than a satellite.”

UrsaNav of Billerica, Massachusetts, was awarded a contract in July to supply and install a testbed eLoran system near Inchon, South Korea. Initial tests were completed in September, according to the government press release. “We conducted a performance demonstration experiment that actually compared the performance of the GPS receiver and the GPS-eLoran integrated receiver by transmitting jamming and spoofing signals to the ship. It was confirmed that the GPS-eLoran integrated receiver displayed the correct location while the GPS receiver did not.” Additional testing should finish within the next few months.

Current users of Loran-C signals in Korea will be unaffected by the transition from Loran-C to eLoran. Upgraded receivers will be required, though, if users want to take advantage of eLoran’s improved accuracy and other features.

Development of the system to transmit GNSS integrity and correction information to enable 10-cm accuracy is not as far along. The government has said it expects services to be available in 2023.

At the signing ceremony, Minister of Oceans and Fisheries Moon Sung-Hyuk said “eLoran in the era of the fourth industrial revolution, and next generation advanced maritime PNT technology are the nation’s core infrastructure resources that can be used throughout the industry. It is expected that the public will be able to use PNT services more stably by actively sharing the infrastructure and technology we have.”