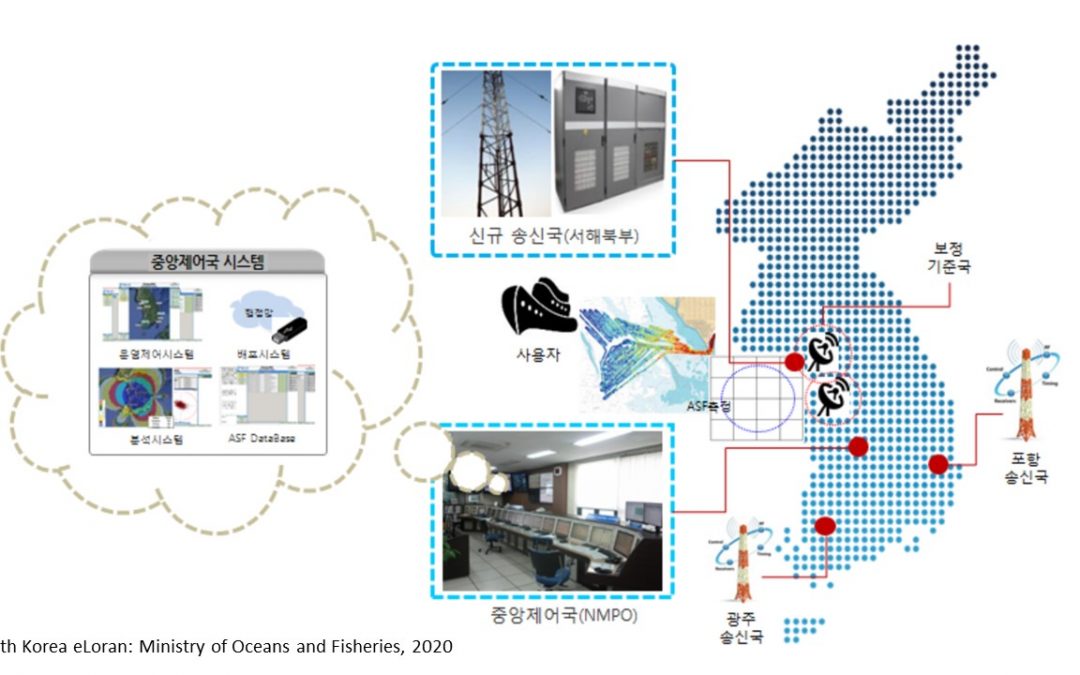 Blog Editor’s Note: The author of the below article is President of the RNT Foundaiton.

Citing requirements of the evolving Fourth Industrial Revolution, the government of South Korea discussed in a blog post last month its need to reinforce satellite navigation with a terrestrial-based eLoran system. The essence of the post was that weak signals from space, such as those from the Global Positioning System (GPS), were too easy to jam and spoof to depend upon for critical functions. The European Union has made a similar statement in its Radionavigation Plan.

The Fourth Industrial Revolution is seen by many as merging cyber and physical worlds. Certainly, a concept applicable to electronic navigation, autonomy, and intelligent transportation systems.

ALSO READ: Timing is everything, to protect geospatial and the world, we need bullet-proof time

The blog posted describes several well-known instances of GPS jamming and spoofing around the world. It also details jamming the country has experienced directly. From 2010 to 2016 GPS reception was disrupted by North Korean jamming on at least four separate occasions. These impacted South Korean ships, aircraft, and cell phone services.

The government emphasizes that it is not intending to replace GPS use its country. Rather to augment it with terrestrial, high power eLoran signals that are much more difficult to disrupt.

Many experts believe that establishing an eLoran service will reduce the likelihood of North Korea and another nations jamming GPS service. By providing an alternate source of navigation and timing signals, an eLoran system can reduce the impact of GPS disruptions. This makes GPS satellites and signals much less valuable targets.

As part of their evaluation process, South Korea tested a navigation receiver that just used GPS, and one that used both GPS and eLoran signals. When false GPS signals were transmitted, the GPS-only receiver went from reporting where it really was, on a ship sailing down a channel, to saying that it was traveling down a road parallel to the waterway. The combined GPS/eLoran receiver continued to report accurately.

South Korea has operated two Loran-C transmitters for decades in cooperation with Chinese and Russian systems. This three-nation network is known as the Far East Radio Navigation System (FERNS). The United States and Japan were members of FERNS until they terminated their Loran-C systems in 2010 and 2015, respectively.

ALSO READ: The Biden transition team and what it means for the tech world?

Upgrading South Korea’s Loran-C to the eLoran standard will make their system much more precise, and provide additional security advantages.

As part of this upgrade, the nation is also adding a third primary transmission site. This will allow the South Korean system to operate independently in the event China and/or Russia decide to stop transmitting for some reason.