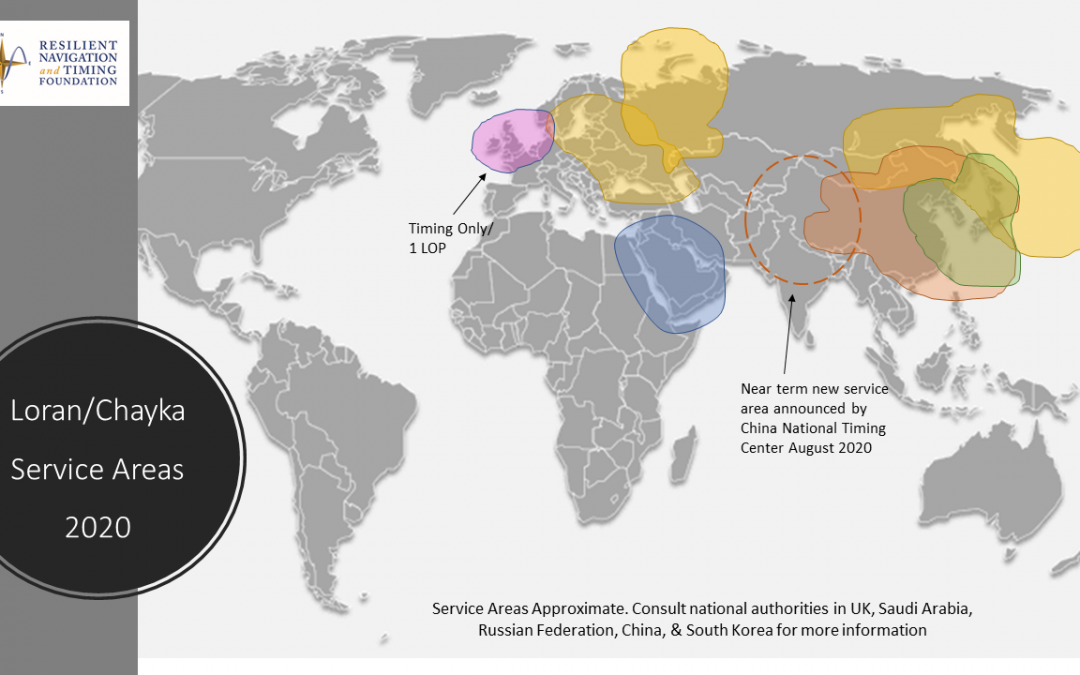 An August 2020 paper published by the journal Sensors revealed China’s plans to expand coverage of its terrestrial Loran positioning, navigation and timing (PNT) system with three new transmitter sites in the western part of the country. The article indicates that this is a part of providing a backup system for GNSS.

According to the paper, “…the vulnerability of GNSS to unintentional and intentional interference signals can be found frequently nowadays. For national security and economic effectiveness, a reliable and complementary navigation system is needed desperately. The suitability of the Loran for a backup navigation system has been evaluated and reported.”

China has operated a Loran system for decades. While the system is capable of operating independently, its signals are also compatible with systems operated by South Korea and Russia. These are coordinated through the Far East Radio Navigation Service (FERNS) to ensure the systems are complementary and reinforce each other where coverage overlaps. The United States and Japan were also members of FERNS until they terminated Loran transmissions in 2010 and 2015, respectively.

Little public information about China’s Loran system has been available and our queries have gone unanswered. One of the few documents available in the west is a 2014 paper about Loran-C from the Chinese Academy of Sciences in Shaanxi, China which can be accessed through the RNT Foundation website. It shows substantial Loran coverage in the eastern part of the nation, but only a broken circle indicating “projected coverage” in the west. 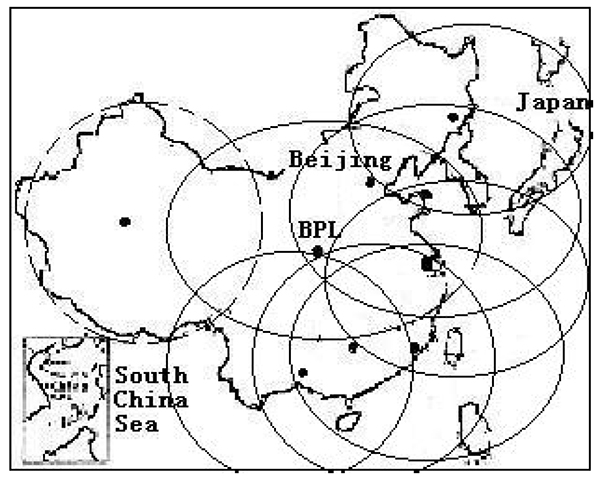 Graphic from 2014 Chinese Academy of Sciences paper on Loran showing projected coverage in the western part of the country with a dotted circle. (Image: RNT Foundation)

The single transmitter in that area projected by the 2014 paper could provide a strong, difficult to disrupt timing signal for fixed receivers with known locations.

Three new transmitters will be installed according to the August 2020 paper titled “High-Accuracy Positioning Based on Pseudo-Ranges: Integrated Difference and Performance Analysis of the Loran System.” The increased service in the western part of the country will provide “full coverage” positioning, navigation and timing usable by both fixed and mobile receivers.
The August 2020 paper is the first known documentation in over a decade of specific Chinese intentions regarding its Loran system.

Still, it is not a surprise to many observers. At 2019’s Stanford PNT Symposium, Xiaochun Lu of China’s National Time Service Center described the nation’s plan for a “comprehensive” PNT system. This system will include a wide variety of PNT sources including low earth orbit satellites, inertial systems, local positioning systems, and Loran.

Like Ms Lu, the authors of the August 2020 paper are employed at China’s National Time Service Center, which is part of the Chinese Academy of Sciences.