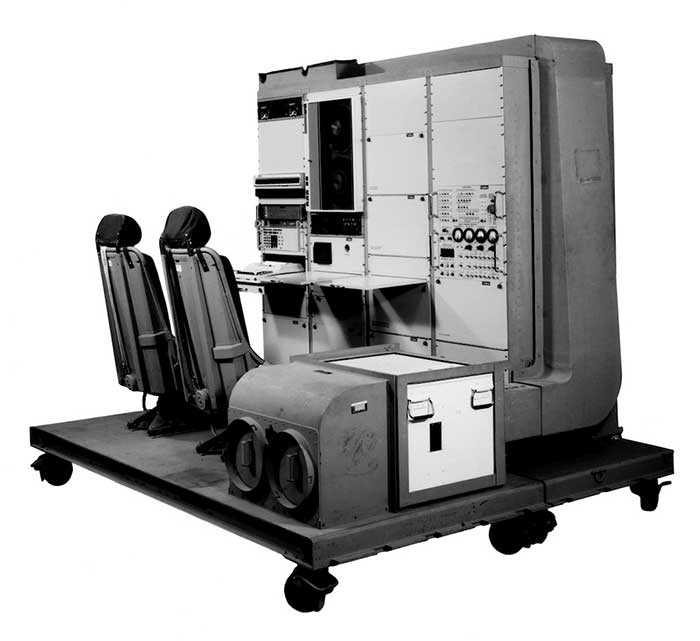 1976: The first military GPS five-channel receiver built in one of several programs that studied the feasibility of GPS. The receiver weighed more than 270 pounds and had seats for two operators. (Photo: Rockwell Collins/Smithsonian)

Blog Editor’s Note: Excellent article with a look back at GPS over the years.

One note that the author failed to mention – in the GPS program’s early stages the military services were opposed. They already knew where they were and saw no reason for such an expensive project.  See “Pinpoint” by Greg Milner.

Also, we are not sure about the author’s comment that precision agriculture has failed to live up to its promised returns on investment. Farmers seem to think the systems are cost effective as they continue buying and using them. Regardless, we can’t imagine the huge reductions in pesticides and fertilizer use and the beneficial effects on the environment haven’t paid off, from a national perspective, these investments many times over.

Our insatiable appetite for GPS

Like the internet before it, GPS started as a niche technology and became a universally recognized one, though much misunderstood and often taken for granted. Both systems originated in the U.S. Department of Defense (DOD) to support military missions, and then exploded into mass-market civilian technologies. While the internet passed from military to civilian hands very early in its history, GPS is still operated by the U.S. Air Force, making it a unique experience for the DOD: a system for which it is responsible that has orders of magnitude and more civilian applications and users than military ones.

GPS has transformed entire professions — most notably, surveying; created new industries — such as ride sharing; boosted innumerable fields of scientific research — from archaeology to zoology; facilitated many aspects of everyday life — such as finding retail outlets and getting there; and given an advantage to U.S. military forces. One application discussed 30 years ago that has not yet lived up to its promised return on investment is precision agriculture.

Challenges and debates that loomed large in the early days turned out to be growing pains —most notably, Selective Availability (SA). In 1990, Javad Ashjaee reflected the attitude of much of the GPS industry and user community when he said, “I can’t think of a word to say how bad it is.” Other debates have proven more persistent — such as the interference threat posed by LightSquared, reborn after bankruptcy as Ligado Networks.