BeiDou a threat to the West, but perhaps not individuals – GPS World 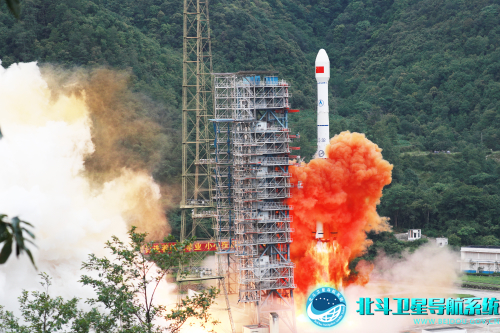 Our friend Prof. Todd Humphreys at Univ. Texas, Austin was one of the industry experts consulted for this story.

One of his interesting observations not included in the story was “All one-way GNSS signals are fundamentally spoofable.  Two-way signaling as BDS is offering could, in principle. lead to unspoofable GNSS.  The catch is that two-way signaling does not scale:  only a small number of return signals from BDS users can be accommodated.”

BeiDou a threat to the West, but perhaps not individuals

Recent completion of China’s BeiDou satellite navigation system has rekindled privacy and security concerns among some in the West. China has incorporated a two-way messaging capability into BeiDou that many fear will be used to track individuals and install malware on user devices.

Most satellite navigation experts view such concerns as far overblown.

At the same time, though little discussed, BeiDou’s completion does signal a new phase for China’s status as a world power and its ability to challenge the West on many fronts.

It is possible for specially equipped receivers to communicate back to the BeiDou constellation. But this is not true for the vast majority of receivers (including those in cell phones). Industry experts say that all mass market chips for every GNSS system, including BeiDou, are “receive only.” Only specially equipped devices will be able to take advantage of its two-way communications capability, and it should be quite apparent to users when it is in operation.

Users, they say, should be much more concerned about location privacy and security issues that have been around for decades. Mobile phones have long reported user locations through the cellular network based upon information derived from GPS, WiFi ranging and other position calculations. The ability to hack and compromise a cell phone or other receiver will not be affected by the addition of BeiDou as a receive-only location source.

It is also important to note that using specialized equipment for two-way communication with a Global Satellite Navigation System (GNSS) is not something new to BeiDou. While the Chinese system may have improved upon the capability, users with the right equipment can send messages using the Search and Rescue functions to the United States’ GPS, Europe’s Galileo, and Russia’s GLONASS.

Completion of BeiDou, unquestionably a significant technical achievement, does signal a significant step up for Chin’s status as a world power and influencer. It is a declaration of technical independence from the West with wide ranging geo-political impacts.

These were anticipated and summarized in a 2017 report by the US-China Economic and Security Review Commission. It listed China’s goals for BeiDou as:

“(1) address national security requirements by ending military reliance on GPS;
(2) build a commercial downstream satellite navigation industry to take advantage of the quickly expanding market; and
(3) achieve domestic and international prestige by fielding one of only four such global navigation satellite systems (GNSS) yet developed”

Military Power and National Security. The Chinese military has long sought its own GNSS. This was amplified during a crisis in 1996 when it fired three missiles toward Taiwan as a warning. One struck the sea about 11 miles from a Taiwanese military base, but the other two disappeared. China claims that the United States interfered with GPS signals and was to blame. The Chinese military was both horrified and humiliated.

Having a sovereign GNSS eliminates the problem of relying on the U.S., Russia, or Europe for satellite navigation. That it is the world’s newest system also certainly has its advantages. China has undoubtedly incorporated state of the art anti-jamming and anti-spoofing capabilities into the version of BeiDou used by the military. After decades of observing others interfering with GNSS signals, and doing a fair bit of it on their own, it would be hard to imagine Chinese engineers not including the latest resilience features.

An operational BeiDou also means that China’s military is much freer to interfere with GPS and other GNSS in pursuit of tactical and strategic advantage without endangering its own services and infrastructure. It is likely that the levels of jamming and spoofing seen near the Spratley Islands and mainland ports will increase. Even if they do not, the increased possibility of Chinese interference will add yet another degree of complexity and uncertainty for western military forces.

Economic Power. The technological and commercial benefits of BeiDou for China are unquestionably substantial as well. Direct benefit from the manufacture and sale of equipment, plus spinoff industries and technologies, add to an already impressive national technology and economic portfolio. This is especially true since positioning, navigation, and timing (PNT) services are a “silent utility” underpinning so many network and other technological systems. The huge domestic market and robust overseas sales continue to grow (by 20% per annum according to Chinese reports) providing huge returns.

Prestige and Soft Power. “BeiDou launch marks China’s rise to ‘major space power’” read a recent headline in the Asia Times. This is perhaps understated as, with BeiDou complete, there is, technologically, little the West has achieved that China has not equaled. This has greatly enhanced China’s global standing and made it, in the eyes of many in the developing world, an ally and provider as good or better than the U.S. or Europe.

And China is eager to share its new PNT utility with others to further, not just its economy, but more importantly its long-term strategic interests.

Regionally, China has been encouraging neighbors to adopt BeiDou for national PNT and forsake GPS. As one example it provided Thailand with nearly $300M in foreign aid targeted to promoting BeiDou use by Thai government organizations.

Writing in July in The Diplomat, Dr. Namrata Goswami observed

“… BeiDou is located within China’s ‘Information Silk Road,’ a subset of its land and maritime silk routes under the Belt and Road Initiative (BRI). China is now able to extend influence in a multidomain environment (land, sea and space) via its BeiDou space system, which provides navigation to aircraft, submarines, missiles, as well as commercial services dependent on such navigation. China’s Ministry of Industry and Information Technology sells the Information Silk Road, to include BeiDou and 5G networks, to global audiences as a completely self-sufficient technology infrastructure that anticipates life in the 21st century.”

This extends China’s influence through BeiDou even farther and has led a number of nations to seek closer ties with China through BeiDou.

Mohamed Ben Amor, secretary general of the Tunisia-based Arab Information and Communication Technology Organization, an organization of the Arab League, told GPSDaily.com, “Cooperation on the BDS is of special significance for the Belt and Road construction…The next step of the China-Arab cooperation is to achieve further connectivity and both sides can apply the BDS to promote regional technological and economic development.”

Iran has had a Memorandum of Understanding with China about BeiDou since 2015. It provides for BeiDou ground stations in Iran, access for Iran to high-precision services, and establishment of an Iranian center for space data collection.

And In a tweet last week Iran’s Ambassador to China cited BeiDou’s completion as the “…end to the monopoly of the U.S.’s GPS.” He said, “There is great potential for aerospace cooperation with China,” and went on to suggest that Iranian aerospace students could work as a bridge between the two countries.

Similar comments have been published from entities in India, Indonesia, Malaysia, and throughout Southeast Asia.

China is indeed to be congratulated for a significant achievement with the completion of BeiDou. Even more noteworthy, though, is how it has integrated BeiDou seamlessly into its national plans for technology, economic, military and diplomatic efforts — a comprehensive, coordinated program to boost its standing in the world, especially relative to the United States and Europe.

Dana Goward is president of the Resilient Navigation and Timing Foundation. He is the proprietor at Maritime Governance LLC. In August 2013, he retired from the federal Senior Executive Service, having served as the maritime navigation authority for the United States. As director of Marine Transportation Systems for the U.S. Coast Guard, he led 12 different navigation-related business lines budgeted at more than $1.3 billion per year. He has represented the U.S. at IMO, IALA, the UN anti-piracy working group and other international forums. A licensed helicopter and fixed-wing pilot, he has also served as a navigator at sea and is a retired Coast Guard Captain.