Blog Editor’s Note: We are providing two links here. The first from BBC has a bit of insightful analysis.  The second is the official statement from US Space Command.

This should be of interest to our readers even though kinetic attack on GPS satellites is a relatively low threat. To seriously disrupt GPS service a significant part of the constellation would have to be destroyed. That would mean a complicated operation with many rockets and weapons.

Much easier would be to interfere with signals.

Yet it does show that Russia and other adversary nations are flexing their muscles in space.

And by physically threatening satellites, perhaps they think it will make jamming GPS signals seem mild in comparison. Something politicians prone to think well of Russia could overlook.

UK and US say Russia fired a satellite weapon in space

The US and UK have accused Russia of testing a weapon-like projectile in space that could be used to target satellites in orbit.

The US State Department described the recent use of “what would appear to be actual in-orbit anti-satellite weaponry” as concerning.

The US has previously raised concerns about new Russian satellite activity. 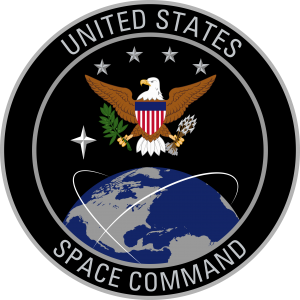 Russia released this object in proximity to another Russian satellite, which is similar to on-orbit activity conducted by Russia in 2017, and inconsistent with the system’s stated mission as an inspector satellite. Tracking information can be found on Space-Track.org.

“The Russian satellite system used to conduct this on-orbit weapons test is the same satellite system that we raised concerns about earlier this year, when Russia maneuvered near a U.S. government satellite,” said Gen. John W. “Jay” Raymond, Commander of U.S. Space Command and U.S. Space Force Chief of Space Operations. “This is further evidence of Russia’s continuing efforts to develop and test space-based systems, and consistent with the Kremlin’s published military doctrine to employ weapons that hold U.S. and allied space assets at risk.”

The U.S. State Department raised concerns in 2018, and again this year, that Russian satellite behaviors were inconsistent with their stated mission and that these satellites displayed characteristics of a space-based weapon. According to the Department of State, this behavior is hypocritical and concerning.

“This event highlights Russia’s hypocritical advocacy of outer space arms control, with which Moscow aims to restrict the capabilities of the United States while clearly having no intention of halting its own counterspace program — both ground-based anti-satellite capabilities and what would appear to be actual in-orbit anti-satellite weaponry,” said Dr. Christopher Ford, the U.S. Assistant Secretary of State currently performing the duties of the Under Secretary for Arms Control and International Security.

Last week’s test is another example that the threats to U.S. and Allied space systems are real, serious and increasing. Russia’s development and testing of orbital weapons highlights the importance of establishing the U.S. Space Force as a new branch of the armed forces and the U.S. Space Command as the nation’s unified combatant command for space. It is a shared interest and responsibility of all spacefaring nations to create the conditions for a safe, stable, and operationally sustainable space environment.

“The United States, in coordination with our allies, is ready and committed to deterring aggression and defending the Nation, our allies and vital U.S. interests from hostile acts in space,” Raymond concluded.

Space no longer ‘benign’ due to growing threats
A March 5 Hot Topic at the Association of the U.S. Army took a closer look at space, the warfighting