Blog Editor’s Note: The author is the President of the RNT Foundation

Last week, 27 members of the U.S. House Agriculture Committee sent a letter to Federal Communications Commission Chairman (FCC) Ajit Pai. In it, they urged him to reconsider the FCC’s decision to allow Ligado Networks to operate a terrestrial nationwide network that the executive branch says will cause harmful interference to GPS signals for many users.

This concern and opposition from a sector not traditionally engaged in GPS or positioning, navigation and timing (PNT) issues is just one example of how the FCC’s decision — rather than putting the issue to rest — has instead recruited a whole new set of actors from across multiple sectors for the opposition.

Many observers don’t see this as surprising.

According to one observer, previously it was easy for many to assume the FCC would reject Ligado’s proposal. The entire executive branch had been vehemently opposed for years. So had aviation groups, the weather community, geospatial interests and some satellite communications concerns. With such opposition from so many important quarters, it was reasonable for many to assume they need not become involved. Now that the FCC has acted to the contrary, these interests have become well energized.

The FCC decision also empowered opponents to educate and recruit others who don’t normally think or worry about GPS and PNT issues, folks like farmers and agricultural interests.

As one insider said, “The existing opposition can now go to just about anyone in any sector and say, ‘This is going to happen and it will harm your operation. There are no ifs, ands, or buts. The FCC has decided’.” 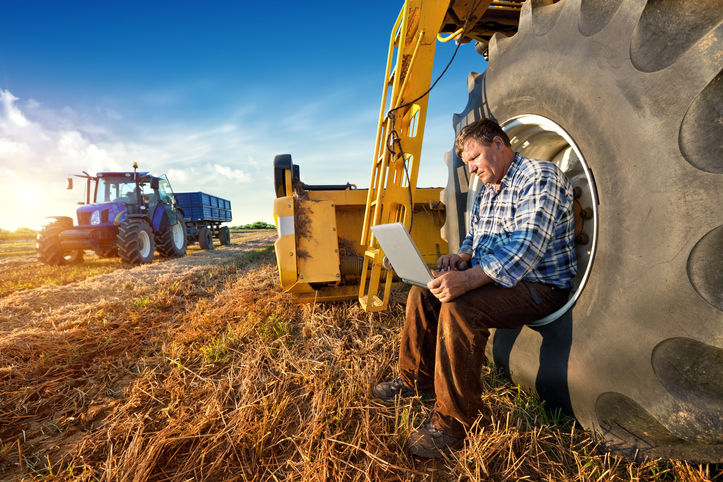 Agriculture is a good example. While not the sector that first springs to mind when most people think about GPS, farming has become dependent on augmented GPS for precisely and automatically driving machinery, minimizing fertilizer and pesticide use, and a wide variety of other productivity gains over pre-GPS operations.

As last week’s letter signed by the 27 members of Congress pointed out:

“GPS is critically important to the commercial agriculture, mining, forestry and rural manufacturing industries. In fact, GPS has become the single most significant technological advancement for American farm equipment in the past two decades… [A 2019 RTI study] found that during planting season, if GPS were interrupted, the economic impact to the agriculture sector could amount to losses of $15 billion due to lower crop yields. Moreover, an earlier study suggested GPS-enabled precision agriculture could save farmers an estimated 10 to 15 percent in operating costs and purchased inputs. This same study estimated the benefits of GPS to precision agriculture between $10 and $17 billion.”

Department of Transportation studies have shown that high-precision GPS receivers, such as those used in agriculture, could be impacted within 3,000 meters of a Ligado transmitters. With tens of thousands of transmitters deployed in a nationwide network, this could pose a real problem for American farming.

This formal and public coalition, though, seems to be just the tip of the opposition iceberg.

According to some involved with protesting the FCC’s decision, there are nearly a hundred organizations and companies that are working in some way to have it overturned. These include multiple aviation, delivery service, agriculture, surface transportation, geospatial, weather, maritime, space and technology interests.

One sign of the influence they are having is an increase in concerns being expressed by members of Congress.

In addition to the agriculture letter, some of the most powerful recent examples are statements made during meetings of the influential House Committee on Appropriations. Rep. Ken Calvert (R-CA), ranking member of the Defense Appropriations subcommittee, spoke at length in opposition to the FCC’s action. His comments were followed in a similar vein by the vice chair of the Appropriations Committee, Rep. Peter Aguilar (D-CA).

Many of the questions being asked by the public and members of Congress alike were reflected in the letter from the Agriculture Committee members:

The letter also asked the question that is on almost everyone’s mind: If and when there are problems, who is going to fix them?