GPS interference crashed a survey drone in the UK. Will the debate resonate in the US? – C4ISRNet 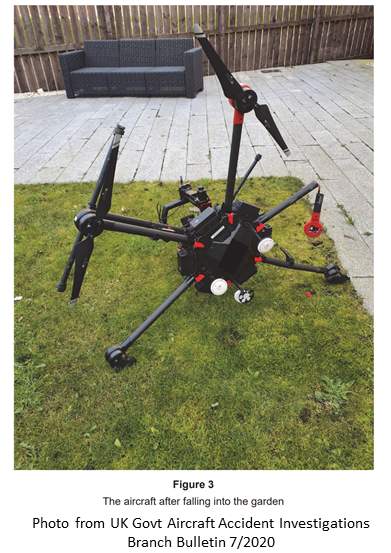 GPS interference crashed a survey drone in the UK. Will the debate resonate in the US?

An expensive drone crashed into a house in December when it lost GPS signals due to interference, according to an accident investigation by the United Kingdom.

The mishap has given added impetus to those in the United States opposed to the Federal Communications Commission (FCC) decision to allow Ligado Networks to transmit on a frequency near to that of GPS. U.S. government tests have shown that high precision GPS receivers, like those used on some survey drones, may not have reliable signals whenever they are within 3,400 meters (2+ miles) of a Ligado transmitter. Drones with less precise, general purpose GPS receivers could be impacted within 1,040 meters (.6 miles).

Drones with unreliable GPS can wander into areas they are not allowed and eventually crash. The larger and heavier the drone, the more dangerous this can be. Most commercial drones are less than 100 lbs (45kg), though some models can weigh in at 200 lbs (90 kg) or more.

While drones are supposed to remain within the line of sight of the operator, when GPS navigation is lost, many enter an “attitude mode.” This results in the aircraft maintaining its height above the ground and its wings level using on-board barometric and inertial sensors. It can’t hold its position over the ground though, without GPS and so will drift with the wind. Unless the operator takes manual control right away the drone can drift out of the operator’s sight. That usually also means it is unable to receive radio commands sent by the operator.

This is precisely is what happened in this case, according to the UK’s Aircraft Accident Investigation Board’s report.

A survey of a construction site by drone was in its second day. The first three flights were without incident. On the fourth flight the drone took off and reached about 65 feet above the ground. The pilot’s controller then showed a GPS compass error. At that point the drone stopped climbing and began drifting away in the wind at about 15 miles per hour. The pilot repeatedly selected the “return home” function to no avail before the aircraft flew beyond a line of trees and was out of sight. It hit the roof of a home several hundred yards beyond the trees and crashed in the back yard.

After notifying police of the missing drone, the pilot prepared another drone to search for the lost one. However, shortly after takeoff, the controller again showed a signal‑interference error message and the pilot immediately landed it.

The accident report’s analysis cites signal interference with GPS as cause of the malfunction of the drone that crashed and the second one that was to look for it. It says the source of the interference was not identified.

The report also observes that serious injury or death could have resulted.

… analysis indicated that a mass of more than 2 kg falling from the roof of the house could have resulted in a serious or even fatal injury to people if they had been struck. The aircraft mass, at 12.8 kg, was well in excess of this figure and therefore it is very likely that serious injuries would have occurred even if the person struck was wearing a hard hat for protection.

Aviation interests in the United States had for years opposed the FCC granting Ligado Networks’ application. Despite this and the formal and strong opposition of the executive branch of government, the FCC approved Ligado’s request in April.

“As a commercial drone operator, this is a clear example of why the FCC’s decision regarding Ligado Networks must be reconsidered.  We expect these types of accidents, and other service-disruptive incidents, to increase dramatically with Ligado interference – with potentially dangerous consequences.  Upgrading receivers will be expensive, if it is even feasible within the size/weight requirements of drones; who will pick up the bill, if and when a fix becomes available?”

The FCC’s approval of Ligado Network’s application has not silenced opposition. Rather it has caused opposition to spread across many industries and sectors. Vocal opponents now include agricultural, maritime, vehicle and industrial interests.

Legislation is under consideration in Congress that would cause the FCC’s decision to be re-examined and prevent the Defense Department from doing business with any company that interferes with GPS signals. Some proposals would put a hold on the FCC’s approval.

Senator Jim Inhofe, R-Okla., has promised to introduce legislation that would stay the FCC approval until such time as Ligado has modified or replaced all the equipment across the nation that its operations will impact.

While the drone mishap in the United Kingdom can be seen as a relatively minor event, as a portent of things to come, it is likely to have a huge impact in the United States.