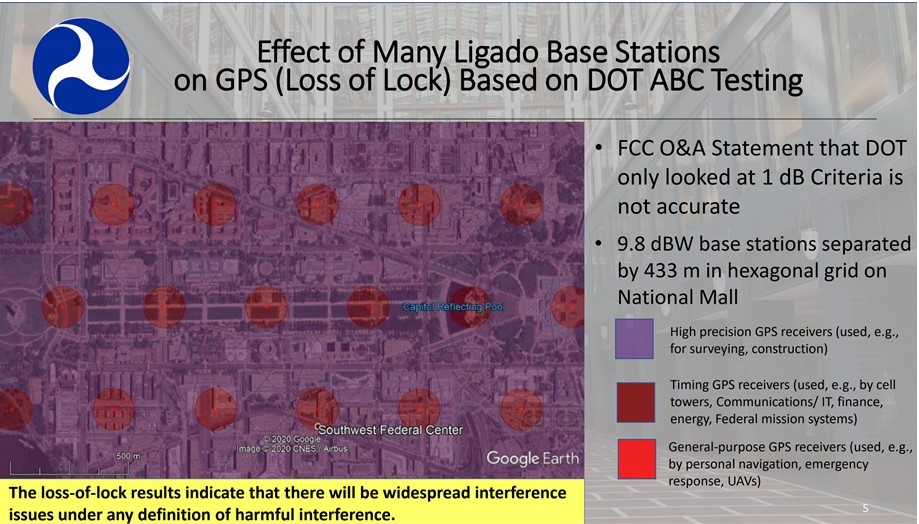 Blog Editor’s Note: The author of this article is the President of the RNT Foundation

Not surprisingly, the primary topic at the July 1 meeting of the National Space-based Positioning, Navigation and Timing Advisory Board was the Federal Communications Commission (FCC) decision on Ligado Networks.

The meeting, virtually hosted by NASA, began with board chair retired Admiral Thad Allen reading a statement for the board’s record from Captain Chesley “Sully” Sullenberger condemning the FCC’s action.

In it Captain Sullenberger cited many of the issues the board’s vice chair, Brad Parkinson, discussed later in the meeting. Sullenberger’s statement is available here.

In his presentation, Parkinson called the FCC decision “a grave error.” He outlined his rationale in 21 information-packed slides.

Parkinson summarized his presentation up front with three points:

The group had previously made strong recommendations to the Departments of Defense and Transportation to oppose any such action by the FCC. Both departments have done that and are continuing to do.

One slide in Parkinson’s presentation included a Department of Transportation (DoT) depiction how of Ligado transmissions would cause several types of receivers to “lose lock.” This graphic was used in a recent DoT presentation to the FCC. 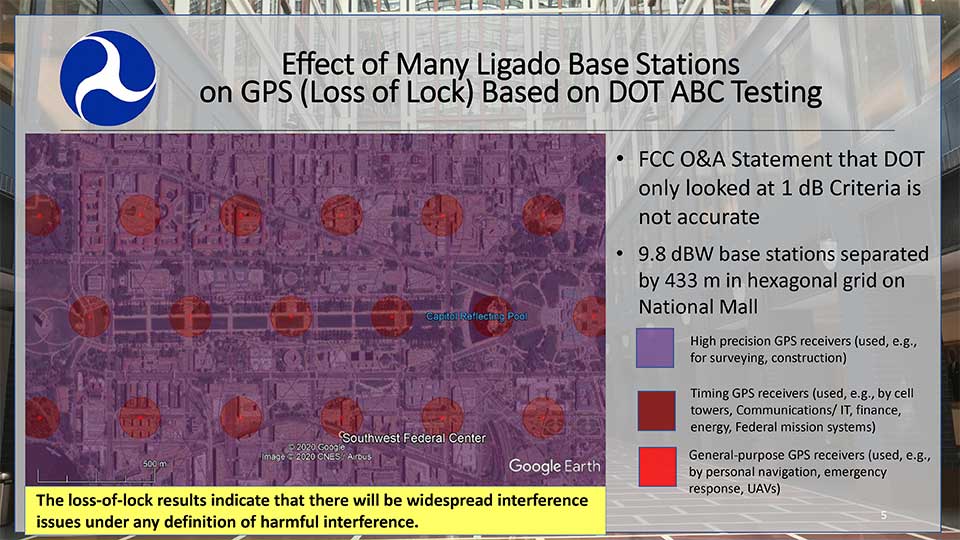 Heretofore DoT has usually discussed the points at which Ligado transmissions would cause a 25% increase in the noise floor for receivers. This is an important metric as tests have shown that beyond that point many receiver types begin to give hazardously misleading information. DoT officials have used the example that the 1dB limit is like putting a load limit on vehicles crossing a bridge so that the bridge never reaches its breaking point. An important consideration with a safety-of-life application like GPS. 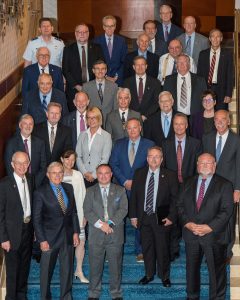 A receiver often gives inaccurate positioning and timing data, possibly hazardously misleading information, before it “loses lock” and stops providing any information at all. It is more difficult for a receiver to “acquire lock” than to track satellites and provide information, so equipment is rarely able to function again until it moves out of the area of interference.

When asked why DoT would bother to show such information to the FCC, one official suggested that loss of lock was more in line with the criteria the Commission used in making the Ligado decision. The hope was that, by showing that even this flawed standard had significant impacts which the FCC perhaps did not fully recognize, further technical discussions and reconsiderations could be realized.

While discussion of the FCC’s decision took the most time in the on-line meeting, several other issues were discussed as well.

Colonel Curtis Hernandez from the National Security Council briefly described development of a new space-based PNT policy to replace NSDP-39 which was put in place by President Bush in 2004.

He was not able to provide any specifics as it is a draft and still under consideration. Answering a question, he did say that the draft policy outlined the responsibilities of various departments, including for interference detection and monitoring.

Adam Balkcum from the Office of Science and Technology Policy discussed his office’s nascent efforts to investigate non-GNSS PNT as directed by the recent Executive Order on Responsible Use of PNT. The question of whether this includes possible PNT services from low earth orbit and geostationary satellites remains an open one.

The agenda for the meeting and presentations are available here, as will be the meeting minutes once they have been finalized.