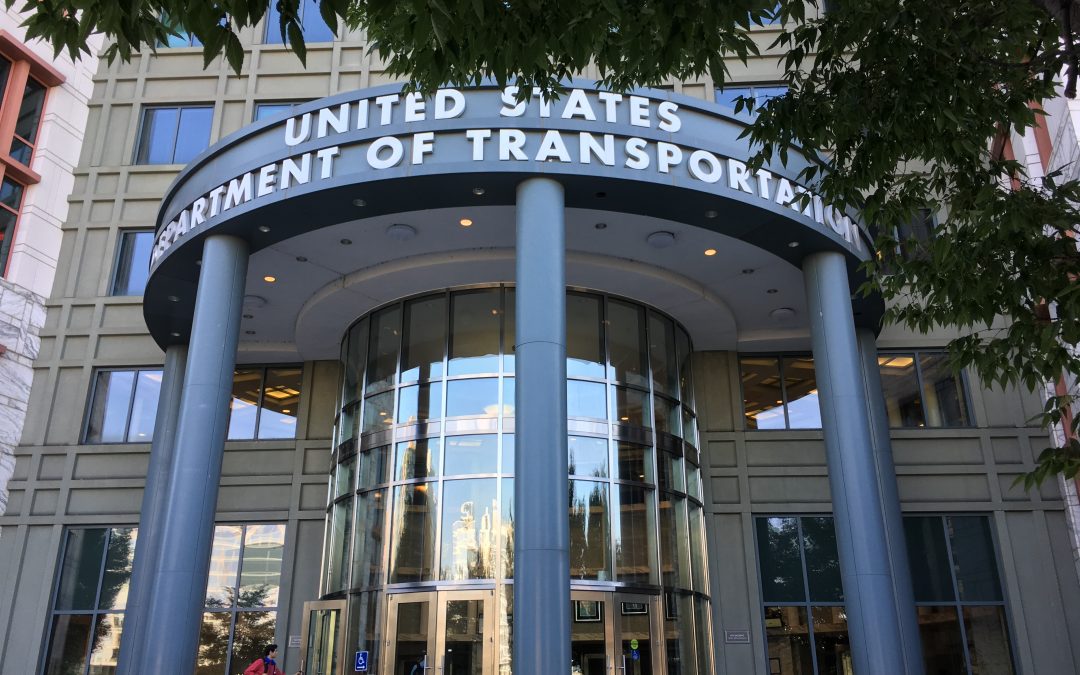 Blog Editor’s Note:  The author is the President of the RNT Foundation

By Mr. Dana A. Goward

Transportation critically depends upon the Global Positioning System (GPS) in a wide variety of fundamental ways, according to the US Department of Transportation’s (DOT) Acting Deputy Secretary. There is hardly a department mission area that is not underpinned by GPS.

As a result, the department has vigorously and publicly opposed the Federal Communications Commission’s (FCC’s) decision on Ligado Networks.

Less publicly, but perhaps more importantly, it is undertaking projects to protect GPS and ensure positioning, navigation, and timing (PNT) services for all modes of transportation and their users over the long term.

Against FCC Decision on Ligado

Acting DOT Deputy Secretary Steven G. Bradbury outlined the many ways transportation is dependent on GPS in an eight-page November letter protesting an FCC proposal to approve operations by Ligado Networks. DOT technical analysis had shown that Ligado’s transmissions would disrupt service for many GPS users.

In May, a redacted version of the letter became publicly available as an attachment to the executive branch’s petition to the FCC to reconsider its decision in the Ligado Network’s case.

The letter provides a good primer, and reminder, of the importance of PNT services provided by GPS, and how they are a single point of failure for transportation. While the letter does not use that terminology, it is clear that the message is “If GPS goes away or is degraded, lots of bad things will happen.”

With GPS signals disrupted, it is easy to imagine an uptick in highway accidents as drivers become lost and even more distracted, Visual Flight Rule (VFR) installed and portable GPS and electronic flight bag devices affected, maritime cargo slowed as container operations are degraded, and so on. In fact, every mode of transportation will undoubtedly slow down, carry less capacity, and have more accidents whenever and wherever there is a problem with GPS.

As lengthy and far reaching as it was, Bradbury’s letter did not have his desired effect. In April, the FCC approved Ligado Network’s application, despite the formal opposition of the executive branch led by the Departments of Defense and Transportation.

While never wanting authorized sources of interference, the opposite side of the coin from opposing Ligado is DOT’s support for more resilient PNT services in the United States including better receivers and multiple, diverse sources.

DOT Deputy Assistant Secretary Diana Furchtgott-Roth has a vision for PNT in the United States.

She sees America taking a holistic approach to PNT with multiple coordinated sources, both public and private, wider use of improved receivers, and much safer users – all supported by well-coordinated policy and enforcement.

Furchtgott-Roth is a key PNT player. The department is the lead for civil PNT in the US government and this responsibility resides in her Research and Technology Office. 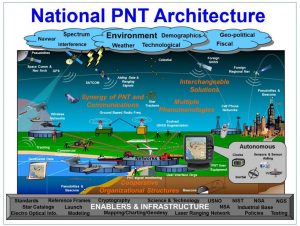 many ways, her vision reflects the systems engineering approach outlined in the 2008 National PNT Architecture and its implementation plan published in 2010.

These documents are still available on the DOT website, which lists their purpose as to help “…overcome PNT capability gaps, predominantly resulting from the limitations of GPS.”

While it has yet to be fully adopted in the U.S., such an approach has been implemented by some nations and called for in others.

The most recent call was in a 1,100+ page study of PNT systems required for maritime commerce in the United Kingdom. The MarRINav project identified the need for a “hybrid approach” using global navigation satellite systems (GNSS), terrestrial transmissions, and inertial equipment.

Ligado Not the Only Threat

Russia and China regularly “spoof” dozens of GPS receivers across broad areas into thinking they are far away from their true location.

Massive solar flares that strike the Earth every 50 years or so can easily damage GPS satellites and charge the ionosphere preventing any remaining signals from getting through for days.

A 2016 whitepaper cataloged twenty-two different sources of disruption that could degrade or prevent use of GPS and other GNSS signals.

During a recent hearing on the FCC’s Ligado decision, Senator Blumenthal (D-CT) asked, if GPS was so vulnerable to interference from Ligado, what is being done about all the other threats?

The Department of Transportation has answers for the Senator.

Projects it is undertaking now will, in the long run, have the potential to make users much more resistant, perhaps nearly immune, to interference with GPS signals.

One of these is a Highly Automated Safety Systems Center of Excellence that it is standing up now. Funded by a $5M add-on in the department’s 2020 budget, achieving resilient, reliable PNT will be one of its core goals. It will also do gap analyses. Develop public guidance and take deeper dives into standards and systems. According to a senior government official familiar with the project “No one is going to accept automated systems unless they can trust the underlying navigation infrastructure. This has to be a high priority.”

The Department is also spending almost $2M on “highly automated transportation systems research” at one of its University Transportation Centers. Some of that research will focus on making navigation systems safer and more secure.

The most effective way to ensure users are safe from interference with GPS is to provide other sources of PNT. According to many senior government officials, a complementary and backup system for GPS is long overdue.

“We can’t continue to have GPS as a single point for failure for transportation,” said Furchtgott-Roth at a recent conference. “Everything we are planning and doing now assumes PNT is going to be there, without question.”

Her solution is the comprehensive PNT architecture.

DOT’s first step in that direction is in its final stages. Early this year the department completed technical demonstrations of a number of GPS complementary and backup technologies. It is completing its report on that project now and will then confer with other departments, especially Defense and Homeland Security, this summer.

The result of all of this will be selection of one or more technologies to meet a congressional mandate for a terrestrial system to backup GPS timing signals. The system must also be expandable to provide a navigation capability. According to senior officials, selection will be completed by August and DOT will be ready to contract for one or more systems.

While there are no funds for this in the department’s budget being considered by Congress, staff report that an August decision will allow adequate time to include it. “Compared to Transportation’s overall budget, this will be a relatively small amount of money,” said one congressional staff member. “And it is an important project, so it shouldn’t be a problem.”

All of these projects and efforts will result in PNT services that will be much more secure, flexible, resilient, and useful than America’s current over-reliance on GPS as a single source.

But getting there will be an effort that outlasts this administration and likely the next. Hundreds of millions of users in the United States have vulnerable equipment. It will take time to encourage, and in some cases, require, them to replace receivers and take advantage of the technologies DOT is developing.

In that sense, Diana Furchtgott-Roth and many of her staff are planting trees, the benefits of which will be most enjoyed by those who will come after.