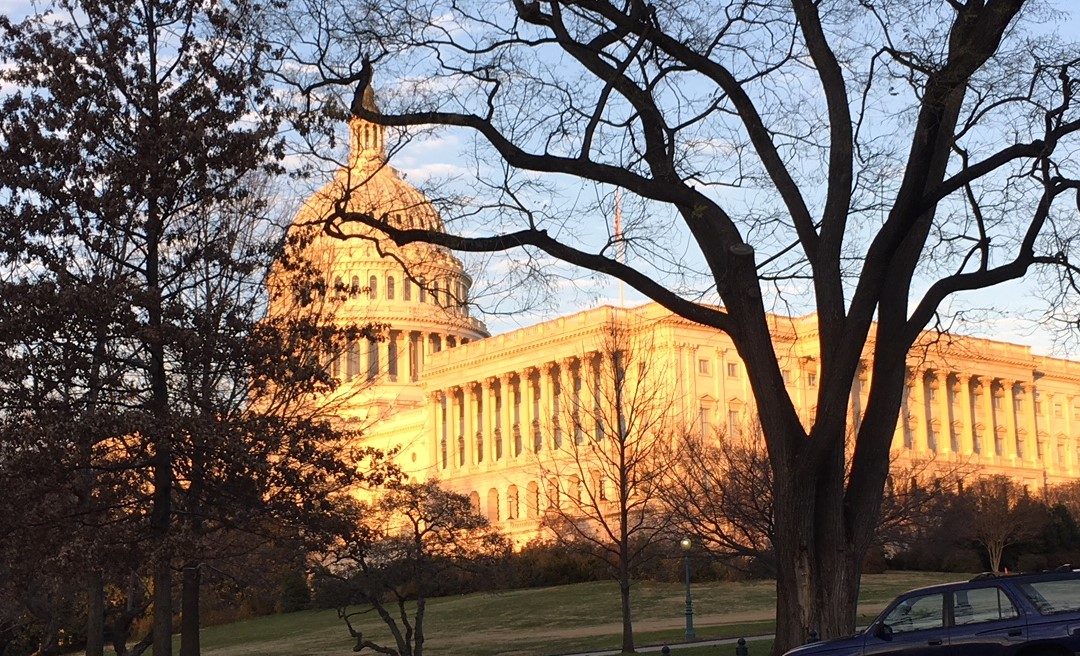 Blog Editor’s Note: The author of the below article is the RNT Foundation President. 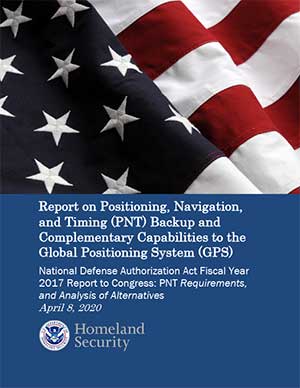 Members of Congress were not pleased with the new U.S. Department of Homeland Security (DHS) report on positioning, navigation and timing (PNT), saying the long-delayed report contained numerous errors and failed to address many of the things Congress had required.

On the April 8, DHS submitted to Congress the brief, 26-page report on the nation’s PNT requirements. It took more than three years to produce and was delivered more than two years late.

In comparison, just two weeks earlier a team of eight British organizations sponsored by the European Space Agency (ESA) issued a 1,174-page report on the PNT needs of maritime commerce. The report from the Maritime Resilience and Integrity of Navigation (MarRINav) project was produced in less than a year.

While the letter did not specifically mention the contrast between the DHS and British efforts, it did use the MarRINav report as a reference. And it was clear that the disparity in length and quality of the reports accentuated the disappointment for those who had hoped for a better product from DHS.

The letter asked that the report be retracted, rewritten and resubmitted within six months.

Factual errors in the DHS report, according to the letter, included getting the mandated timing for financial systems wrong, and mischaracterizing coverage areas and capabilities of various technologies including several that had been recently demonstrated for the Department of Transportation (DOT).

The letter also observed that DHS focused on commercial PNT users to the detriment of most Americans. It failed to consider the needs of public service organizations, governmental entities, and individual citizens in its analysis.

The lawmakers contend the report did not recognize that PNT provided by GPS is frequently a safety-of-life service and a public good that must be reinforced to protect economic vitality and national security.

Two of the solutions to temporary GPS disruptions suggested in the DHS report are for users to suspend operations until the disruption is over, and to have purchased commercial PNT services as backups in advance of a disruption.

Suspending operations for emergency services and other critical functions is unacceptable, say the congressmen. And commercial PNT services to provide needed wide area PNT backups are not available.

Even if they were available, questions of affordability for the many non-profit and public entities that needed them, whether it would be more cost effective for the federal government to support such services, and similar issues would need to be addressed before the department could make a recommendation.

Suspending operations for emergency services and other critical functions is unacceptable.

The letter also observed that the department has discounted the value of a national backup system, a position that seems to conflict with both longstanding and recent presidential policy. Having a backup for GPS has been policy since President Bush established the requirement in 2004. President Trump’s recent Responsible Use of PNT Executive Order called for a national research program on non-space-based PNT and “…mandates the Department of Commerce make available a GNSS independent source of Coordinated Universal Time for all users.”

DHS’ recommendation against a national backup also differs from the Europe/UK MarRINav report. In addition to calling for improvements to be made by commercial entities such as port and ship operators, MarRINav identifies the need for “terrestrial and sovereign” eLoran and VHF DES Ranging mode systems to support reliable maritime commerce. Establishing such systems will require support by the national government.

Most members of industry agree that some government involvement is needed. A CEO of one of the companies demonstrating its backup technology for DOT observed that the market would never solve the problem on its own.

“We have tried for 16 years to figure out a business case, and it’s just not there,” the CEO said. “GPS is too good and it’s free. You can’t compete with that. If America is going to have one or more new wide-area capabilities that most people can use — not just niche solutions for high-demand, well-heeled customers — the government is going to have to prime the pump.”

DHS did propose some efforts that resonated with the Congressmen, such as encouraging use of GPS receivers that resist spoofing and jamming. The lawmakers described these as “necessary but grossly insufficient” before requesting the report be withdrawn and redone.

The letter from Congressmen DeFazio and Garamendi is available here.

The Maritime Resilience and Integrity of Navigation (MarRINav) project report is available here.