New research by Bjorn Bergman of the environmental non-profit SkyTruth has found ships in various parts of the world reporting locations thousands of miles away and circling at precisely 20 knots.

Bergman’s findings were first reported at the annual meeting of the Resilient Navigation and Timing Foundation on May 5.

Bergman previously observed and reported on circling phenomena with GPS-based reporting systems from vessels and fitness trackers in China ports. It has also been observed in Tehran, Iran. In all those cases, though, it was clear that the real location was fairly nearby the false and circling locations.

In the most recent observations, the actual locations of the ships were thousands of miles away. In most cases, literally halfway across the globe. 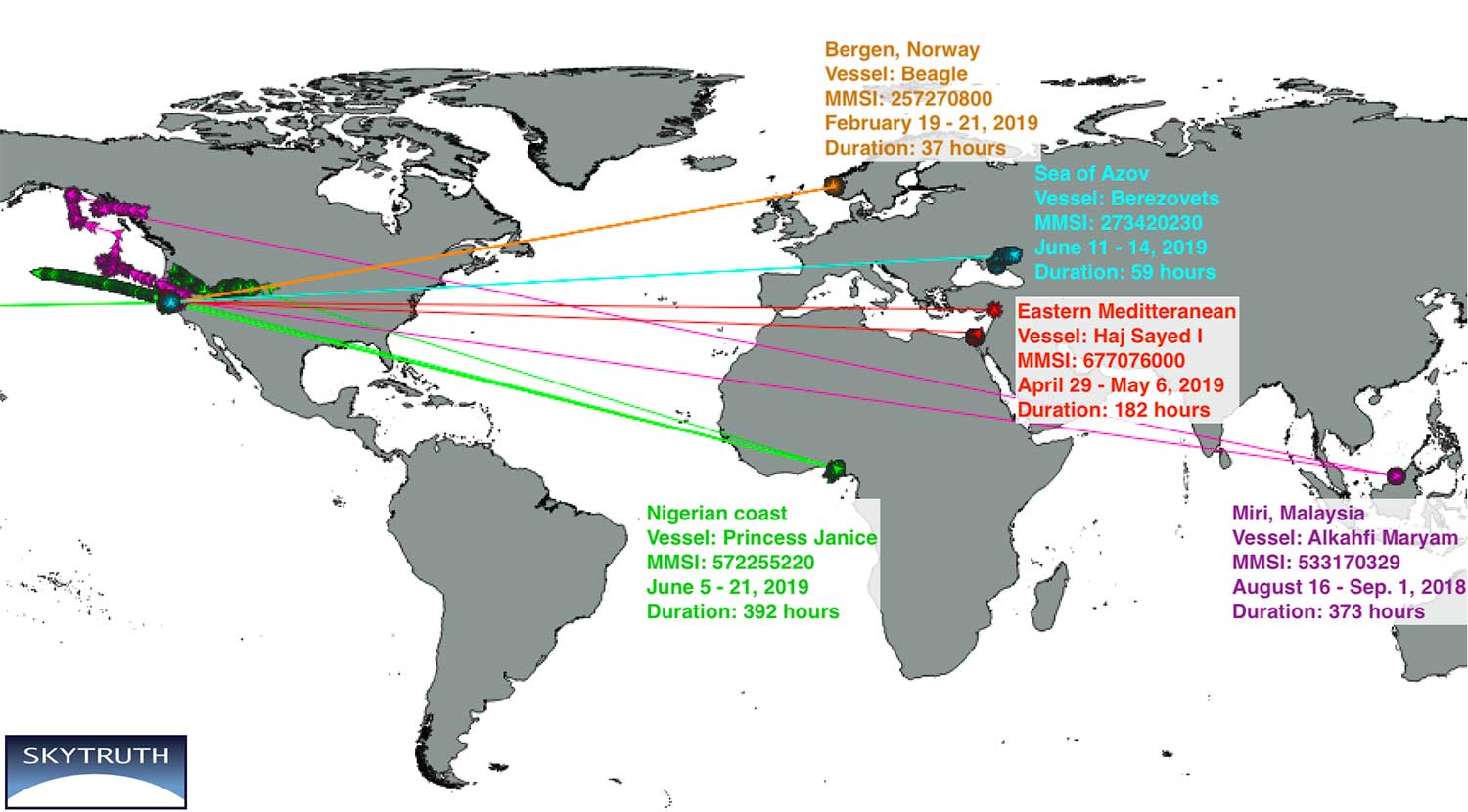 Bergman said that he was able to verify the vessels’ approximate true location by examining the field of view of the satellite receiving the automatic identification system (AIS) position reports. The satellites are only able to see an area about 5,000 kilometers wide.

A satellite that could only see the Gulf of Guinea in West Africa, for example, received GPS-based location data from a ship’s AIS that showed the vessel offshore of Point Reyes in northern California. The vessels’ true locations were also confirmed by their position reporting before and after the “displacement events.”

Bergman was unsure if these errors are the result of the ships’ AIS systems or some fault or influence on GPS navigation receivers. It is clear that ongoing “circling” incidents in China are some form of GPS interference.

GPS-based fitness tracker reporting was affected the same way and at the same time as those of receivers on vessels. Bergman has been able to find no similar supporting data for these long-range displacement and circling events.

While Bergman was able to observe these events, he was at a loss to explain them. In previously observed cases it seemed clear a disruption device was nearby and affecting a large number of vessels. In these incidents, each vessel was the only one in its vicinity affected, and the vessels were separated by thousands of miles. 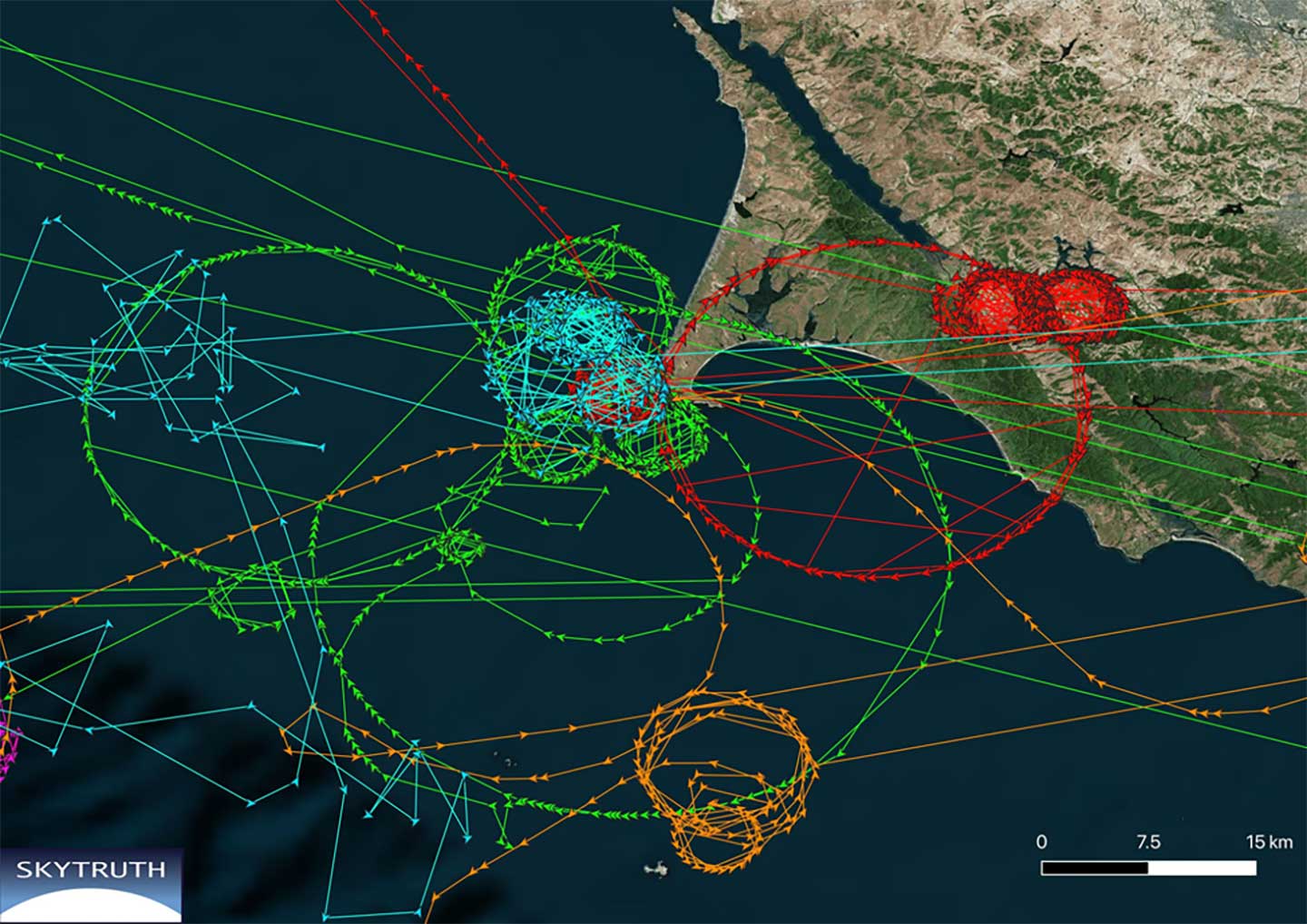 Further hampering analysis, and making even speculation difficult, was the lack of commonality among the few cases observed.

The vessels were of much different types and operations. Pilot boats, work boats, tugs, cargo and passenger vessels were all involved.

The length of these disruptions also varied greatly. The shortest recorded was a reefer ship for less than half an hour. A crew boat was “displaced” for more than 16 days.

While most of the vessels reported circling positions off the coast of Northern California, two were displaced to Madrid, one to the vicinity of Hong Kong, and one to the Chinese city of Shanwei. One even began reporting it was circling a location offshore of northern California, and subsequently reported circling positions that drifted east almost a thousand miles inland to Utah.

A true mystery, the RNT Foundation is hoping to crowdsource ideas and share them with Bergman and other analysts. Anyone with insights or ideas about this mystery is encouraged to send them to [email protected].

A video of Bjorn Bergman’s presentation at the RNT Foundation’s annual meeting is available on the foundation’s website and below. He has also posted a short paper on these events on SkyTruth’s website. 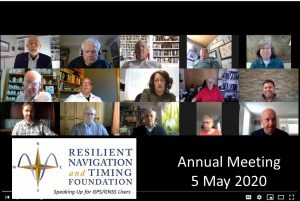