Society Runs on GPS. What Happens When it Gets Hacked? – Freethink 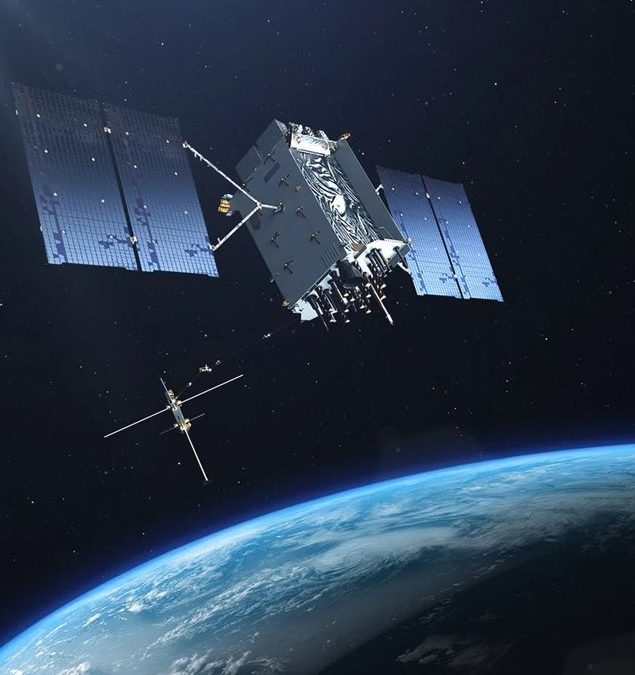 Also some great discussion with GPS/PNT expert Logan Scott. We always learn something helpful when we talk to Logan.

This is a good article, though we have to offer one observation. The subhead refers to Loran going obsolete in the 90’s. That may have been true for the extant version Loran-C.

But as a technology Loran is not any more “obsolete” than radar, television, telephones and many others that have been around for 50 years or more.

The eLoran deployed and certified by the British in 2015 resembled Loran-A the way your 4K, liquid plasma, 1,500 channel TV resembles the black and white, three channel tube set many of us watched Howdy Doody on.

Society Runs on GPS. What Happens When it Gets Hacked?

With vulnerabilities in GPS on the rise, officials look to resurrecting Loran, a land-based navigation system that went obsolete in the 90s.

No one sees it coming. But bit-by-bit, mayhem sweeps across the country.

It begins with mild confusion. Traffic slows as people drive past their exit, distractedly refreshing Google Maps. Stoplights are out of sync. Traffic jams and accidents snarl the streets. Someone tries to call 911, but the call drops.

While gridlock is happening on the streets, other grids start seizing up, too. Within a day, one-third of the wireless networks have degraded. The stock market freezes. Power surges and brownouts scatter across the country. Fuses blow and transformers catch on fire. People try to stock up on food and toilet paper, but stores can’t accept credit cards, and ATMs are down.

What could cause this catastrophe? The Global Positioning System (GPS) suddenly goes dark — which, it turns out, isn’t that hard to do. But an old school terrestrial radionavigation system, called Loran, could be our saving grace.

A Glitch in the System

Pauline Cook was driving down Highway One on a Sunday morning when suddenly her GPS navigation app showed her wildly bouncing from place to place.

“Wow,” she thought as she unfolded a map. “This is what it might be like to be navigating a ship and have no idea where you are. You have to go back to the old ways of doing things.”

Thankfully, Cook always has a paper map in her car. As a retired Coast Guard Captain, she has never relied fully on GPS navigation. Despite how far the technology has come, she knows all too well how vulnerable it is.

“The more we learn about these things, the more we realize GPS is not always going to be there.”

“The more we learn about these things, the more we realize GPS is not always going to be there,” she says.

It turns out that small incidents, like Cook’s, happen so frequently that most of the time they go unnoticed: the GPS signal freezes, but after a few seconds, it is back on track. A phone call drops, but we chalk it up to “poor reception” and call them back. Usually, it is.

But according to experts, these mysterious outages are becoming more common — signs, they believe, of a growing problem of criminal interference with the world’s most critical navigation and timing system.

The issue prompted Cook to join the Resilient Navigation and Timing Foundation, which advocates for a backup system to GPS.

GPS is a worldwide navigation and timing system that relies on radio signals from an array of 31 satellites. The satellites provide location and time information to receivers back on earth. But Cook says that the signals that are vital to the entire setup can easily be interrupted by “spoofing” or “jamming.”

Jamming arbitrarily disrupts the GPS signal. Just about anyone with $20 and a car cigarette lighter can broadcast a conflicting signal. Such small “jammer” antennas (although illegal) can be easily purchased on the internet. Because the source of the interference is difficult to trace, jammers are popular among truckers, car thieves, and anyone who doesn’t want to be found.

For example, in 2013, a New Jersey truck driver was caught using an illegal jammer so his employers wouldn’t be able to track where he went in the company truck. But when he drove near Newark Airport, the jammer interfered with the GPS system that guides pilots during their final approach. The trucker was eventually caught because he absentmindedly left the jammer on in the parked truck long enough for the FCC triangulate his position and to catch him.

In 2014, a mid-Atlantic container port halted operations for seven hours due to jammed GPS signals. Since most ports rely on GPS for operations like moving containers around, the port was all but shut down. A few years later, the government gave the Coast Guard $500,000 to study jamming disruptions because they “can cause severe problems for ship navigation, port security, and situational awareness.”

“There is a lot of motivation (to jam) that is usually criminal or related to domestic abuse,” says Logan Scott, a GPS expert consultant. Thieves could use jammers to make stolen high end cars untraceable. A 2009 Department of Justice report said that one in 13 victims of stalkers were tracked with GPS or other surveillance, and some victims use jammers to stay hidden. Scott says these events are becoming more commonplace.

Another type of interference, called “spoofing,” uses a phony signal to trick a GPS receiver with false position.

In February 2016, GPS in ports along the Black Sea was spoofed. Over the course of a few months, ships’ GPS positions drifted thousands of miles inland, often to airports. That was the first of a swell of interference involving ships and aircraft, primarily near zones of armed conflict.

What’s more, in the event of war, it is possible that an enemy could wipe out GPS entirely with an anti-satellite weapon or large-scale spoofing. And even without human interference, a large solar flare could cause massive disruptions — not just to GPS, but all radio-based communication.

“I think that there are some fundamental concerns that people have with GPS with modern information warfare. If someone was able to grab ahold of the control, the entire system could go down,” says Scott.

The Weak Signal that Supports a Nation

Most people think of GPS as a navigation tool. But GPS experts say that its primary use is actually as a timing device — which plays a critical role in anything from keeping the electrical grid running to stock market exchanges.

“GPS is at the core of the nation and the whole international community’s timing systems,” Scott says, “There’s always a time-stamping process that needs to be a very high-integrity time-stamping process. If you’re talking about cell phones — in order to drive around and be able to hand off from one tower to another — those towers have to be synchronized and timed to about ten microseconds. That timing is typically derived from GPS.”

The Department of Homeland Security lists 18 critical infrastructure sectors: 15 of them are dependent on GPS.

The Department of Homeland Security lists 18 critical infrastructure sectors: 15 of them are dependent on GPS to ensure their proper functioning.

Surprisingly, the same technology that can pinpoint location down to the centimeter, or time to within 40 nanoseconds, relies on a signal no stronger than a 44.8 watt light bulb, coming from 12,552 miles in space.

In fact, the GPS signal is so weak that it makes less “noise” than the background radiation left over from the big bang, 13 billion years ago. The humming of the universe — sun and stars combined — are vastly louder. The miracle of GPS receivers is that they can probe through that noise to find that faint signal. This weak signal could turn out to be our country’s fatal flaw.

A Growing Unease About GPS

Engineer Brad Parkinson, known as the “father of GPS” was the Chief Architect for the Global Positioning System when it was launched by the U.S. Department of Defense in the 1970s. In 2013, Parkinson publicly warned, “Reliance on satellite navigation and timing systems has become a single point of failure for much of America, and is our largest, unaddressed critical infrastructure problem.”