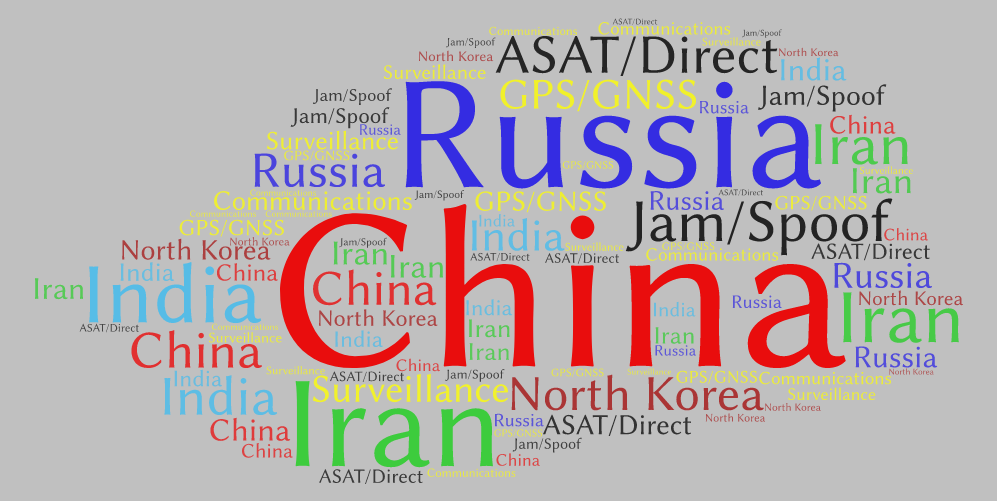 Blog Editor’s Note: The author of the below article is RNTF President Dana A. Goward.

America’s space assets are in danger from an array of kinetic, non-kinetic, electronic, and cyber threats. These are wielded by nation states, primarily China, Russia, Iran, and North Korea, though there are other countries as well as non-state actors.

The Center for Strategic and International Studies (CSIS) Space Threat Assessment 2020 released March 30 is an excellent, well -organized catalog of the many ways that the essential space-based services Americans rely upon can be degraded or eliminated. But it doesn’t do much to “assess threats.”

That said, it is still an impressive, useful and informative document. Some of what it doesn’t say can be inferred, and it provides a clear conclusion for policy makers and others.

Threat assessments are typically undertaken to:

Nonetheless, it is very instructive in a several ways.

First, it is packed with examples of how America’s adversaries have armed themselves, and stories about interference with space-based systems. Whether it is information about China training troops to use direct-ascent weapons, or reports about Russia’s mass GPS spoofing, the report’s matrix of threat categories is well supported by examples of real-world events.

Second, while the report doesn’t overtly rank threats and adversaries, it is possible to infer some generalities by the attention the report devotes to each. Among potential adversaries, China was mentioned the most by far — 429 times. It was followed by Russia (275), Iran (206), India (141), and North Korea (132). 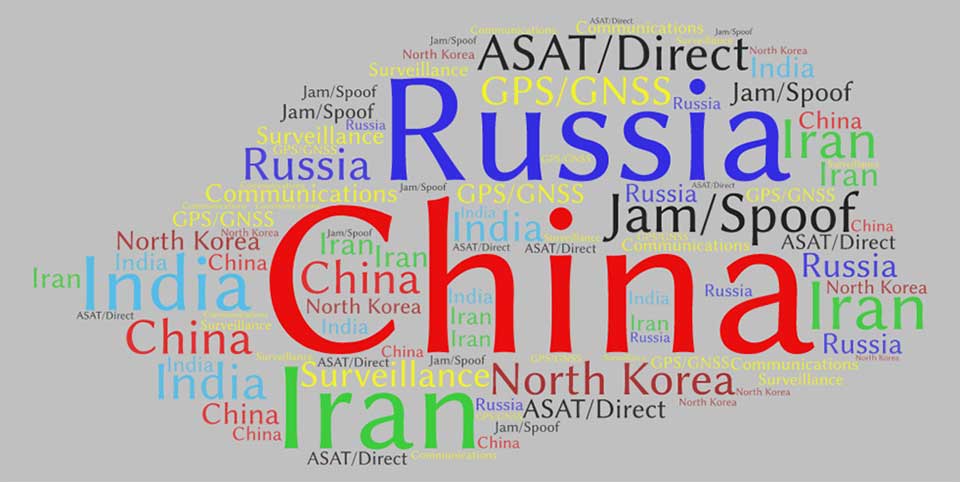 This word cloud from CSIS Space Threat Assessment 2020 shows that China received by far the most mentions, followed by Russia. (Image: RNT Foundation)

And of all the types of satellites that could be threatened, GPS/GNSS was the clear leader at 98 mentions, with communications and surveillance coming in at 42 and three, respectively.

In all fairness, at only 80 pages, it’s not possible for Space Threat Assessment 2020 to be an exhaustive analysis. And doing more would likely require making it classified. Then this exceptionally educational reference would not be nearly as available for the policy making audience that sorely needs it.

And it does provide an excellent bottom line for those making macro-level decisions about space policy and budgets going forward. From the report’s “What to Watch” section:

Electronic counterspace weapons continue to proliferate at a rapid pace in both how they are used and who is using them. Satellite jamming and spoofing devices are becoming part of the every-day arsenal for countries that want to operate in the gray zone — i.e., below the threshold of overt conflict. The jamming and spoofing of satellites has become somewhat common, and without strong repercussions these adverse activities could gradually become normalized…

One should expect that the rate of satellite jamming and spoofing incidents will only increase as these capabilities continue to proliferate and become more sophisticated in the coming years.

Dana A. Goward is president of the non-profit Resilient Navigation and Timing Foundation.