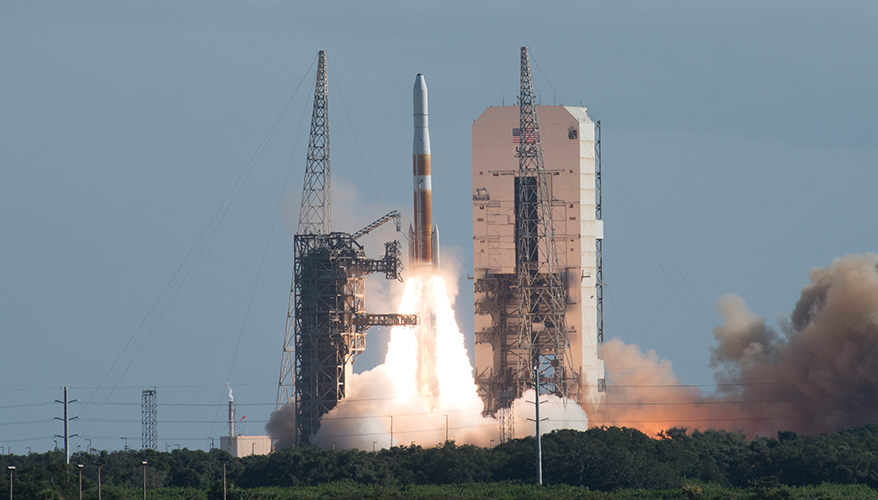 Blog Editor’s Note: Dr. Gene McCall is the former chief scientist for Air Force Space Command at Peterson Air Force Base. He also served as chair of the Air Force Scientific Advisory Board and as a fellow at Los Alamos National Laboratory. We are very pleased to have him as an RNT Foundation member.

He makes a number of exceptionally good points and discusses the need for a strong terrestrial component of GPS toward the end of the article.

“America is highly vulnerable. Adding a terrestrial component to GPS will make us nearly bulletproof.

A fairly inexpensive terrestrial system can act as both a backup for GPS and as an enhancement which can provide information to make the GPS even more accurate while essentially eliminating the jamming and spoofing threat.”

It is a quick and informative read. We strongly recommend you read the whole article at the National Defense site.

GPS III is an essential system that must be fully funded. Its signals are essential to military operations and civil society. We must ensure the constellation of satellites is as modern and robust as possible, preserving GPS as the “gold standard” for global navigation satellite systems.

At the same time, overselling GPS III’s improvements minimizes ongoing and serious risks to the nation and undermines other efforts for needed improvements.

Unfortunately, overselling seems to be an increasing problem.

For example, an industry journal quoted a senior Harris Corp. executive as touting GPS III’s “stronger signal.” The stronger signal will presumably be easier to receive, work in more locations and be more difficult to disrupt.

Yet this improvement in strength will hardly make a difference. Military GPS III users might receive a signal four times stronger than today, but that will still be very weak.

Civilian users will see signals that are — at best — about the same strength as they get today.

Another favorite sound bite for GPS III advocates is that it will be “three times more accurate” than today. While this sounds like a great improvement, it is unlikely to benefit most users. Today’s users get an average accuracy of about 28 inches. A three-fold improvement will bring that to about nine inches. It’s not something that will benefit most people very much.

Users who need more accuracy already have a variety of ways to supplement GPS signals and bring accuracy down as far as a centimeter or two. With GPS III they will likely still need to use those techniques, especially as the Air Force is unlikely to guarantee accuracy of better than a meter or two.

Another selling point is that GPS III signals will be eight times more difficult to disrupt.

GPS signals are essential to a vast array of critical infrastructure, transportation and emergency services applications. Signal disruption by U.S. adversaries, terrorist groups, criminals and ordinary people who don’t want to be tracked are on the rise.

So, when an Air Force general told CBS News last year that GPS III will be “eight times more jam resistant” than today’s GPS, it gave the impression that the government had the matter well in hand.

Nothing could be further from the truth.