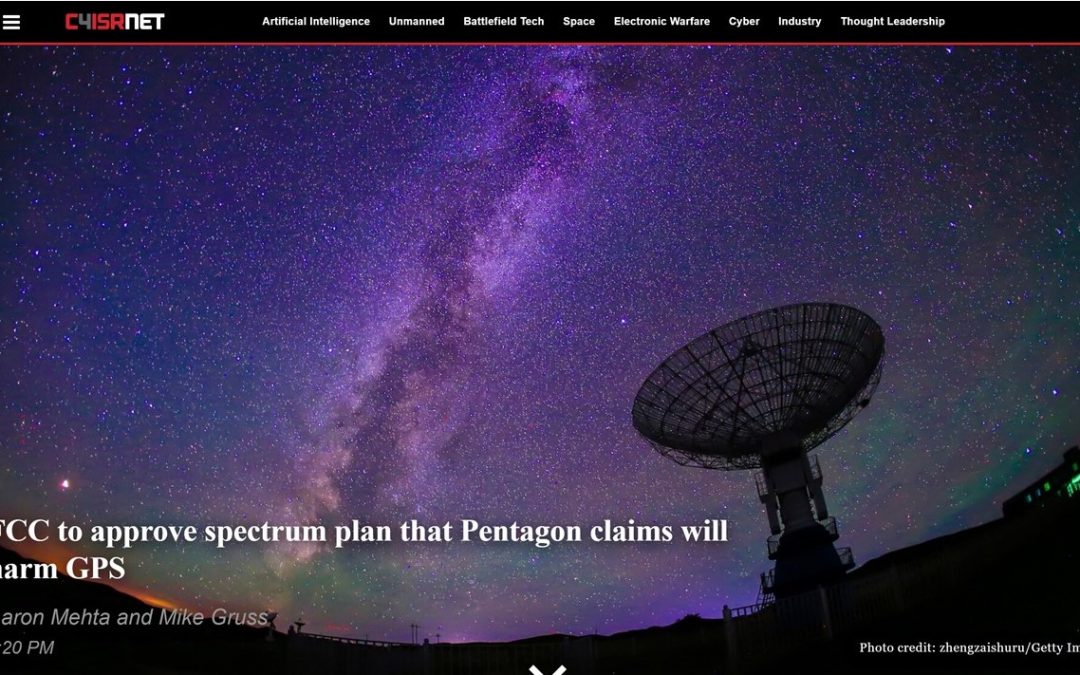 Blog Editor’s Note: Ligado has always failed to win the argument on its technical merits. Their efforts of late have focused entirely on persuading, presumably with false or only partly true information, senior people in the Obama and now Trump administrations to support them.

Toward the end of the article there is a mention that information which should have been forwarded from the administration to the FCC has not been sent. We wonder why.

If Ligado is in the right, what’s the harm in sending it? If they are not, shouldn’t our public officials care?

BTW: We understand that even if Ligado is approved by the FCC, and even if they really want to do 5G (which most people doubt), getting the standards done for that spectrum and all the other prep work needed means they wouldn’t be adding much to the economy for at least five years.

The Federal Communications Commission is poised to approve a draft order as soon as today that would reallocate a specific portion of the radio spectrum for broadband communications, overruling a decade of strong objections from the Department of Defense.

Senior Pentagon leaders warn that such a move will lead to “unacceptable” harm to the GPS system by creating new interference that could disrupt satellites critical to national security.

The decision, described by multiple sources to C4ISRNET, would allow the privately held Ligado Networks, formerly known as LightSquared, to operate in L-band frequency range despite years of government resistance, largely led by the DoD.

Sources say the drive to approve Ligado is coming from the White House National Economic Council. That office is led by Larry Kudlow, who has expressed interest in the economic benefits of expanding the nation’s 5G capabilities.