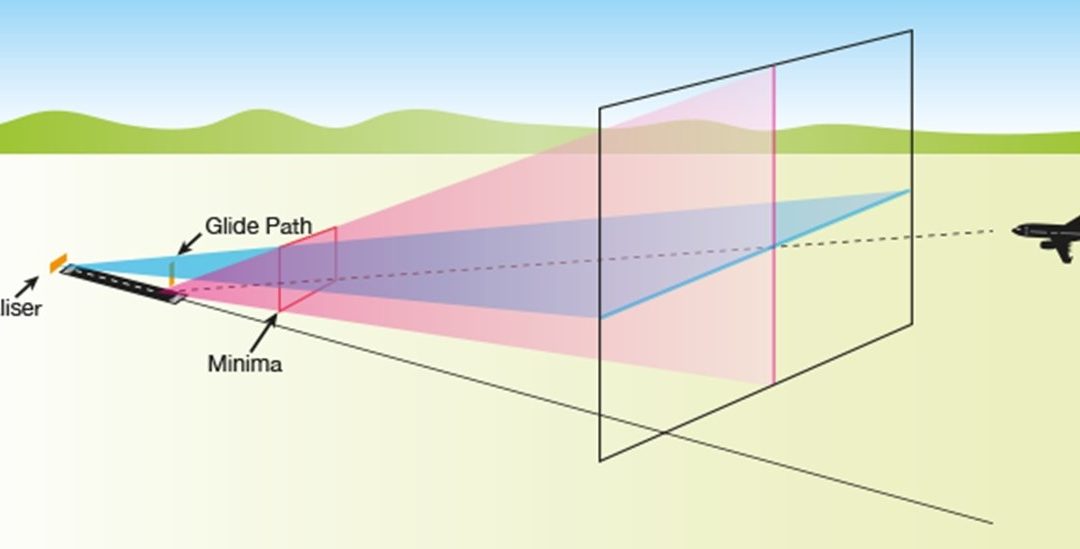 Blog Editor’s Note: This seems to be another example of a federal agency that has turned to cheap, but very vulnerable GPS-based solutions to the detriment of the overall health and efficiency of the larger system and the nation.

Faint signals from 12,000 miles in space will never be able to provide the safety and security of much stronger Instrument Landing System (ILS) signals coming from an airport. Airplanes can lock onto ILS for precise, safe approaches and landings – whether pilots can see the runway or not.

This pilot has had his share of time flying in bad weather. I would much rather fly an ILS approach than rely on GPS. Maybe that is why the US Air Force ((the owner and operator of GPS) has invested in modern ILS equipment, even though the FAA is leaving civilians out in the cold.

And, as the article below indicates, newer Instrument Landing Systems allow for better use of the land at airports (that would pay for the system by itself) and more efficient flow of traffic. How many economic benefits to the nation must there be before our federal system spends a little bit of money?.

But then, government employees are rarely rewarded for being proactive, speaking out, and trying to improve things. In most agencies, good ideas only come from the top, which usually means the White House. And these are often driven by politics or the latest disaster.

With this as a sub-set case study, one can understand proposals to privatize the US Air Traffic Control system as has been done in Canada and much of Europe. A system that rewarded increases in safety and efficiency could benefit all Americans.

A Rebirth for Instrument Landing Systems?

Long-time readers of this newsletter know that I have long championed GPS-based landing systems, such as Honeywell’s GBAS, which has major advantages over traditional instrument landing systems (ILSs) in use worldwide since the 1940s. But GBAS and its competitors are installed today at only two U.S. airports and less than a dozen others in Europe and Australia/Pacific. So ILS continues as the FAA’s and the military’s standard for the foreseeable future. I was surprised to learn recently that significant technology improvements have been developed for ILS, but the FAA has given them a cold shoulder. More on that below, after a brief explanation of recent ILS improvements.

Legacy ILS has two main components, the glide slope and the localizer. The latter generates a wide field of electromagnetic radiation. Any large object (airplane, building, etc.) within this field interferes with the lateral guidance being provided to an aircraft on final approach to landing. Therefore, planes waiting to take off must remain out of a critical area near the runway end, and they can only taxi into position for takeoff once the arriving plane has landed. This need to wait reduces the runway throughput (landings and takeoffs per hour).

As reported by David Hughes in Air Traffic Management last fall, new-tech ILSs produced by several US and European companies use a much wider array of localizer antennas which produce a much narrower field of electromagnetic radiation. That results in a far smaller critical area, which permits the first aircraft in line to take off to be much closer to the hold line at the runway. (It also permits buildings, such as hangars, to be built in areas that are off-limits with legacy ILSs.) A small but growing number of airports—Geneva, London Heathrow, Oslo, Qatar, Zurich—have installed new-generation ILSs with these narrower beams and have reaped the benefits. For example, Heathrow was able to build its major new Terminal 5 on land that would not have been available had it retained its legacy ILSs. Zurich’s new ILS plus NAVBLUE software has led to a 20 percent increase in runway throughput under low-visibility conditions.

Producers of these systems are frustrated by the FAA’s disinterest. They claim that when NextGen began, ILS was seen as antiquated and GPS was the future—so good-bye ILS. But when FAA says GPS, they mean a costly system that uses billion-dollar satellites to provide space-based augmentation of GPS signals for general aviation airports. That system is called WAAS, and has indeed provided precision approaches for numerous GA airports over the past decade. FAA maintains that airlines will also equip their planes to use WAAS, but that seems unlikely. About a hundred regional jets are equipped, but there is no sign that Airbus or Boeing will build airliners with WAAS capability. Indeed, both are instead offering GBAS-type capability on most of their newer models, in part because there is a modest trend toward GLS (GPS landing systems a la GBAS) at major airports in Europe, Australia, and Asia.

Interestingly, the Air Force has recently invested in next-generation ILSs, and envisions a useful life of at least 20 years before it needs to consider alternatives. Meanwhile, FAA policy leaves commercial airports with outmoded ILSs, and the agency will not fund airline-type GLSs like GBAS. The airports that have them (EWR, IAH) and are seriously considering them (JFK, LGA, SEA, and SFO) have to buy GBAS themselves, since FAA will not do so. Meanwhile, it lavishes money on WAAS, which will never be of use to the airports that handle 95 percent of all airline passengers. “Not Invented Here” is a dismaying problem, especially when embraced by a large and important government agency.