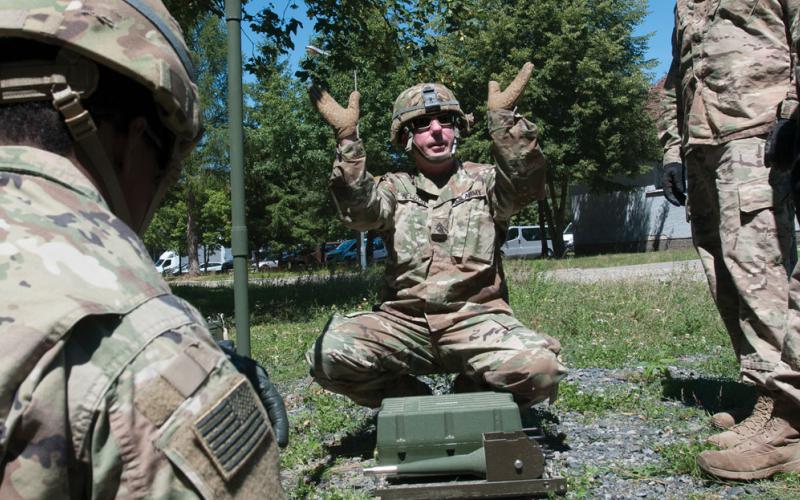 Blog Editor’s Note: Over-reliance on space is not a problem unique to the PNT world, as the below article shows.

Several interesting points in the article that show common issues between the PNT and communications world:

One point of divergence between PNT and communications – the Department of Homeland Security embracing a terrestrial comms system as a safety net. Notice, though, that is a free safety net manned by volunteers. That probably doesn’t say much about DHS’ commitment to safety nets…

If satellite links go down, HF radios can take up the slack.

As cyber threats continue to grow, so does the reality that digital satellite communications can be degraded and denied either through digital or electromagnetic means. If these capabilities are compromised, however, high frequency radio provides a means to continue communicating even beyond the line of sight by leveraging the ionosphere to refract radio signals back to earth.

The International Communication Union Telecommunication Standardization Sector designates the high frequency (HF) range as between 3 megahertz and 30 megahertz. While this method of communication was utilized extensively up through the 1990s, it began to lose traction in the military when the availability of satellite communications (SATCOM) increased.

Among the key differences between HF, very high frequency (VHF) and ultrahigh frequency (UHF) are the multi­ple antenna configurations required to radiate the signal properly in HF and the atmospheric conditions that greatly affect the propagation of the signal. In addition, choosing the correct frequency for the time of day plays a crucial role in setting up HF communications. Under these conditions and given the proper setup, HF radio signals can be targeted to a geographical region, enabling beyond line-of-sight communication without using satellites.

The growing dependency on SATCOM presents a problem: Because warfighters have been training for SATCOM, the training for effectively employing HF radio has dwindled; radios in the VHF and UHF range have continued to be used for line-of-sight communications.

According to Ronald C. Wilgenbusch and Alan Heisig in an article in Joint Force Quarterly, HF is not a viable option to SATCOM, and they agree the declining amount of training is an issue. “The worldwide system of fixed HF transmitters and antennas that was once the mainstay of our HF communications systems is gone. … Even if it was still in place, the skilled HF operators needed aboard ships and ashore have been cashing retirement checks for years,” they said.

Although the windfall of baby boomer retirements is challenging all government and commercial sectors, it has been especially hard on the computer industry. However, even though many HF-trained military members are separating from the services, a younger generation of enthusiasts is coming from the intersection of do-it-yourself aficionados and hackers. They are tinkering and creating small electronic devices, often using software-defined radios in their projects. They also are exploring various radio frequency-HF communication techniques and developing new hybrid skills.

Even the National Natural Science Foundation of China concluded that HF radio use will lead to self-adaptability and an ever-changing environment. HF radio use also will encourage and leverage machine learning approaches, which will result in the development of smart anti-jamming techniques and equipment. In addition, foundation members believe heterogeneous networking—a combination of HF communications and satellite communications, military networks and civil cellular communications—will enable an integrated space-air-marine-ground communication network.

HF communication using digital modes like FT8 is an example of how techniques evolve with digital communications. The ham and hacker communities have stated that evolving methods could enhance global communications while improving the use of limited spectrum.