Blog Editor’s Note: This article is adapted from RNT Foundation President Dana A. Goward’s presentation at November’s International Navigation Conference in Edinburgh, Scotland, UK. It appears in the current issue of the Royal Institute of Navigation’s journal “Navigation News.”

Several in the audience said that they found the discussion of the West’s on-going loses at the tactical, operational, and strategic levels of war particularly interesting.

Next month, he will be giving a similar presentation in a webinar with the Association of Old Crows. 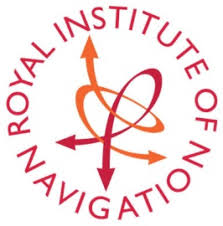 How the West is Losing the Navigation and Timing War

Dana Goward, President of the Resilient Navigation and Timing Foundation shares his views and breaks down his presentation from the recent International Navigation Conference.

In an age of nuclear, biologic, and chemical weapons, it is hard to imagine a global conflict on the scale of the last world war.

Yet huge economic and social disparities remain between nations. Tribalism, national pride, and fear of “the other” are all too common. And so, struggles between nations and groups of nations continue. Perhaps more quietly and subtly, but nevertheless very much in earnest.

In every way, each side is looking to exploit their adversaries’ weaknesses. For the last forty years or so, adversaries of the West have found an easy target in satellite-based positioning, navigation, and timing (PNT).  A combination of vulnerabilities and broad dependence have cause US security officials to call it “a single point of failure for critical infrastructure.”

Of course, PNT has been important since prehistory. Nations have long sought advantage over each other by improving their own capabilities and, at times undermining those of their adversaries. The British weren’t the only ones desperately searching for a way to find longitude in the early 1700’s, for example.

This war for navigation and timing was greatly accelerated, though, with the advent of America’s Global Positioning System (GPS) and Russia’s GLONASS, both of which became fully operational in 1995[1].

The exceptionally weak nature of these signals, along with the tremendous military and civil advantages they provided, made them targets very early on. As one example, Iraqi forces were reported to have employed jammers to help protect high value targets in the 1991 Persian Gulf war, even though U.S. forces had only a limited number of receivers and a partial constellation to work with.

Such things were mostly discussed in hushed tones and behind closed doors. At least until 1997  when the Russian company Aviaconversia offered a portable GPS/GLONASS jammer for sale at the Moscow Air Show. The 4w jammer reportedly had a range of 150 km to 200 km.

The United States Army was sufficiently interested to place an order for almost $200,000.

In the years that followed, both global navigation satellite system (GNSS) technology and the technologies to disrupt it evolved.

For years reports of disruptions, at least in the public sphere, were rare. Though occasionally they would make it into the popular media.

One of the first was actually between frenemies within the West.

In 2000 the Greek government held a competition for procurement for a new army tank. The contract was to be for 250 tanks and estimated at $1.4B. Competitors included tanks from Germany, France, Britain, and the United States. The British and US tanks performed poorly during the trials. It seems a French security agency had hidden GPS jammers on the range and remotely activated them whenever the British and American tanks were on the field.

Jamming weak GNSS signals quickly evolved from the province of elite military electronic warfare units to something easily available to anyone with $35 and an internet connection.

The Advent of Spoofing