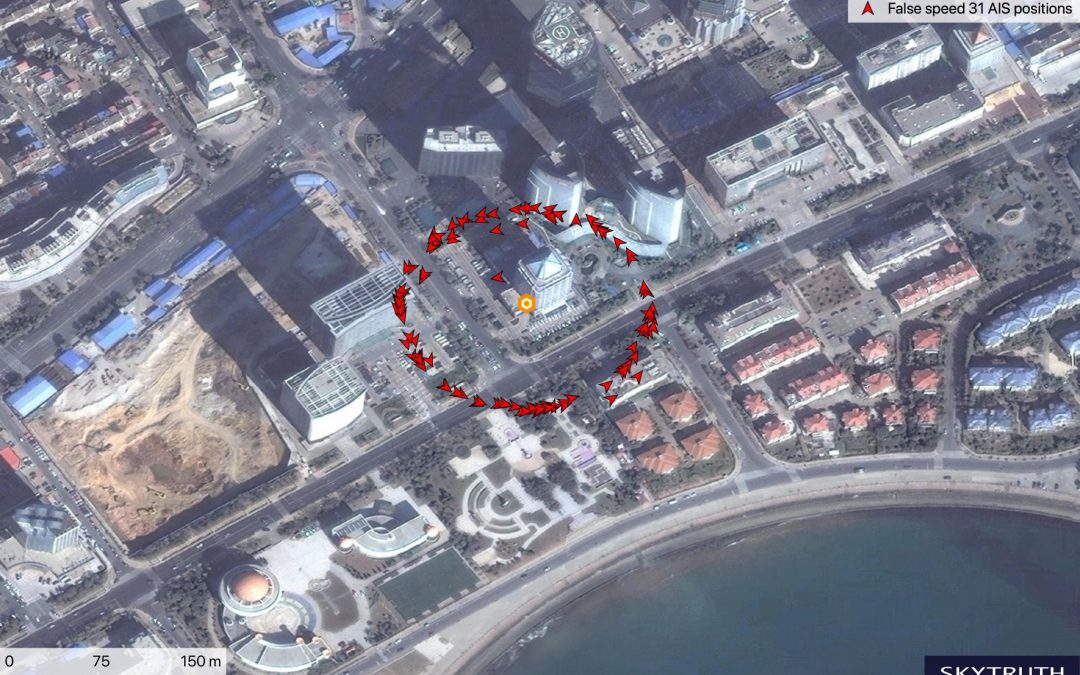 Blog Editor’s Note: This item is an expansion with commentary on the news we posted yesterday.  The author is President of the RNT Foundation.

“GPS spoofing circles” have been discovered at 20 locations along the Chinese coast, according to the non-profit environmental group Skytruth. Of the locations observed, 16 were oil terminals; the others were corporate and government offices.

GPS spoofing in Shanghai that resulted in reported positions from ships, fitness trackers and other GPS enabled devices forming circles some distance from the shore was first observed by the non-profit C4ADS. Subsequently, Professor Todd Humphreys briefed the phenomena at an Institute of Navigation conference in September. The MIT Technology Review published an article about it in November.

This caught the interest of an analyst at the environmental non-profit Skytruth.

Sixteen of these “spoofing circle” locations were oil terminals. The most frequent occurrences by far were at the port of Dalian in northern China, close to the border with North Korea. Based upon the timing of the spoofing, imposition of sanctions on purchase of Iranian oil by the United States, and observations by others of Iranian oil being received by China, Bergman suggests that much of the spoofing is designed to help conceal these transactions.

Of the four locations not associated with oil terminals, three were government offices and one was the headquarters of the Qingjian industrial group, a huge engineering and construction conglomerate. These infrequent and irregular events may be related to visits by important government officials. A C4ADS report earlier this year demonstrated Russia uses GPS spoofing extensively for government VIP protection.

Bergman suggests that the actual spoofing device is located at the center of each of the rings formed by false GPS reports. He has also observed that not all AIS/GPS receivers in the impacted area are affected, the spoofing circles tend to be about 200 meters in diameter, many false vessel positions orbit the circle counterclockwise at 21 knots or 31 knots, and some receivers are spoofed to locations other than the circle.

Mass GPS spoofing is most easily detected and analyzed in coastal areas because of the availability of large data sets from AIS transmissions. AIS is a maritime safety system that uses GPS for location and movement information. This data is broadcast to other ships and shore stations to help prevent collisions and improve traffic management.

The U.S. Coast Guard first experimented with receiving AIS signals by satellite in 2008. Since that time, numerous governments and commercial entities have established AIS data services using both space-based and terrestrial receivers.

It is likely that the kinds of disruptions seen in Russian and Chinese maritime regions are occurring elsewhere. The lack of easily accessible data from non-maritime areas, though, makes this more difficult to detect.

Confounding this problem is an apparent reluctance of many users to report disruptions. The U.S. Coast Guard Navigation Center has had only one official report of a GPS problem from a user in Russian waters and one from Chinese waters, for example. Yet it is clear that thousands of vessels have been impacted in ways that must have been quite evident to their captains and crews. 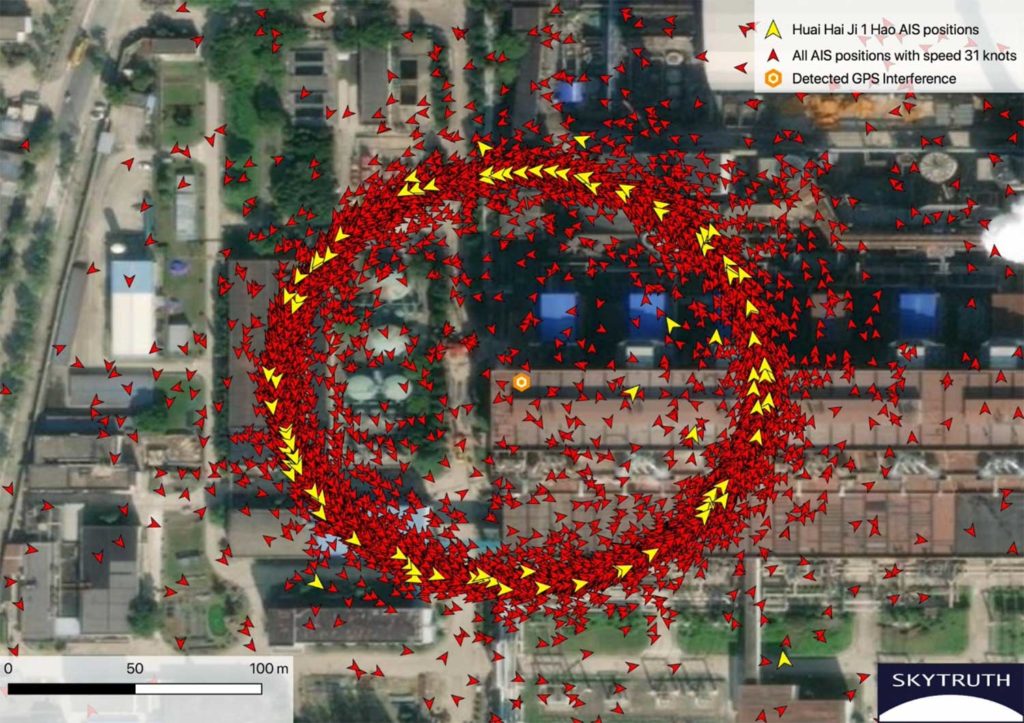