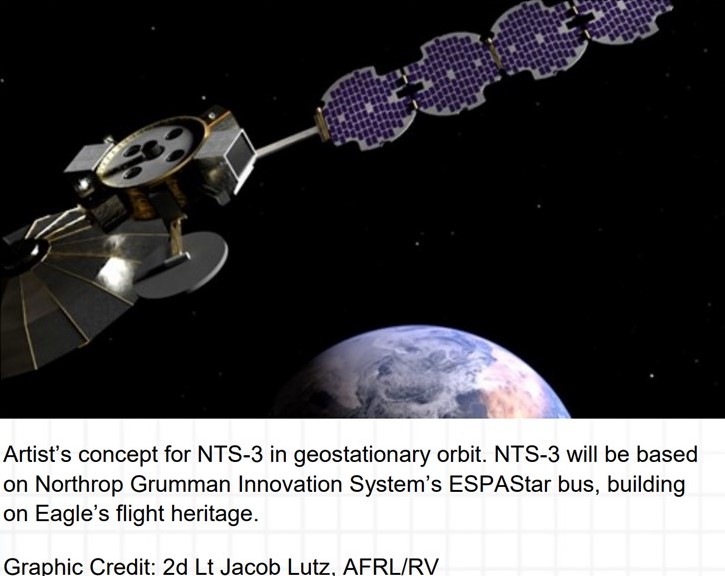 The Air Force seems to be on track to experiment with PNT satellites in geostationary orbit.

The idea for Navigation Technology Satellite 3 (NTS-3) has been around for a while and notionally scheduled for launch in 2023.

Recently the Air Force announced it would be part of its Vanguard science and technology program to quickly bring capabilities to the service. It is unclear whether or not this will merely ensure the 2023 launch takes place, or the program will be accelerated for an earlier launch.

The NTS-3 effort will mark the first time in 40 years the service has launched such an effort.

The Department of Defense PNT Strategy calls for future military efforts and the results to be classified, making it unlikely that  NTS-3 experiments will benefit the majority of PNT users in the civil sector.