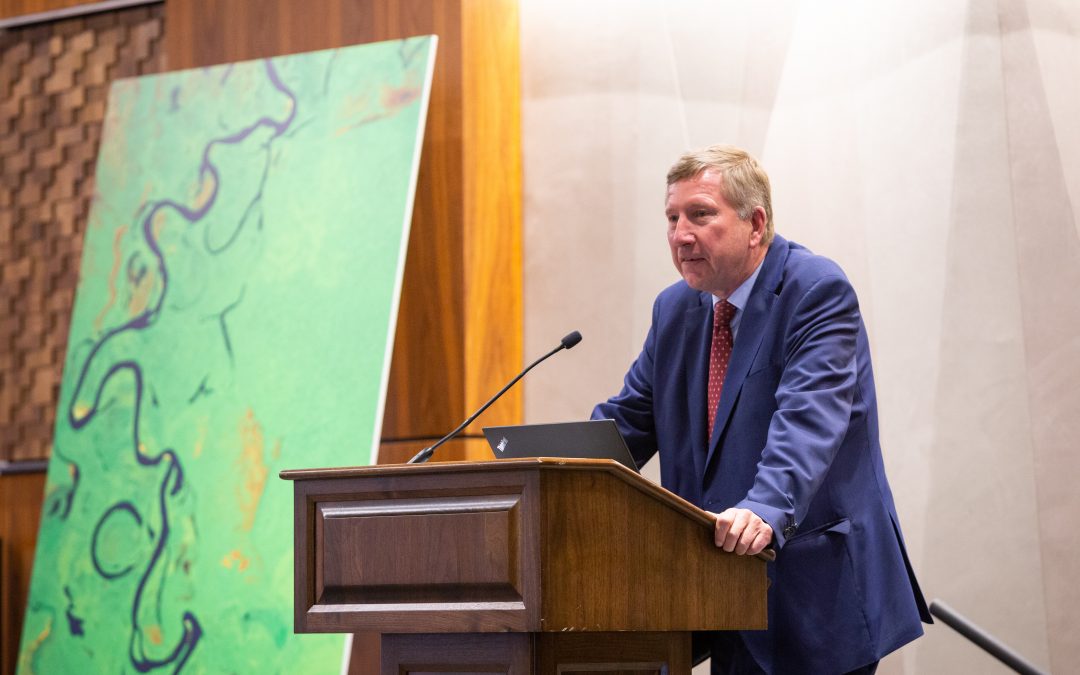 Responding to a suggestion about the Galileo outage this past summer to the effect of “these things happen,” a senior European Commission (EC) official pushed back strongly calling the event “unacceptable” and vowing “Never again!”

The comments by Pierre Delsaux came during a question-and-answer session at breakfast hosted by the European Union on “EU Space Policy: Trends for the Future.” The breakfast was held as a parallel event to this year’s International Astronautics Conference in Washington, D.C.

Delsaux is the European Commission Deputy Director General in charge of space and defense industries. In his presentation, Delsaux described the success of a number of European space initiatives, stressing civilian use and applications and how they have benefited the world.

His comments highlighted a principle difference between Galileo and other GNSS systems including its being built and operated by an entirely civilian organization. With an accuracy of 20 centimeters, it exceeds other GNSS, he said. Also, that Galileo signals can be authenticated and trusted.

Delsaux’s remarks were especially pertinent and timely being made this week in the United States. A strategy document recently made public by the U.S. Department of Defense states that civil dependence on GPS has limited its use as a military tool. Because of this, new military PNT technologies will be “increasingly classified,” which is understood to mean “not shared with civil users.”

During the question-and-answer period, Delsaux was asked about criticism in the press this summer related to Galileo’s multi-day outage. European media outlets commented about poor communications and a lack of transparency during the outage, and the absence of a terrestrial backup system for when space is not available.

Rejecting the idea that such outages might be expected in such a difficult undertaking, Delsaux said that the event was unacceptable and “never again!”

While admitting things can always be done better, he thought that, given what was known with certainty at the time, a reasonable amount of information was made available.

Subsequent investigation has shown that the primary cause was an initial human error compounded by that person not taking the right corrective action.

Even with these compounded errors Galileo service would still not have been impacted, but for the mischance that this happened when a backup site was temporarily out of service.

Going forward, the European Commission is committed to being as transparent as possible about the results of the investigation, given security constraints.

Reinforcing the transparency message, other EC officials mentioned separately that Galileo personnel have given presentations about the outage at a recent Institute of Navigation Conference in Miami.

Delsaux did not respond to press criticism over a lack of a backup system (the title of a Der Spiegel article about the Galileo failure translates as “Who relies on a single system is stupid!”).

Later, other EC officials observed that that the European Radionavigation Plan recognizes that, for critical applications, it is broadly accepted that GNSS, even multi-constellation and multi-frequency, should not be the unique source of PNT information. For those applications, a complementary, alternative or backup solution should be maintained or developed.

The EC is still developing its approach to this issue.