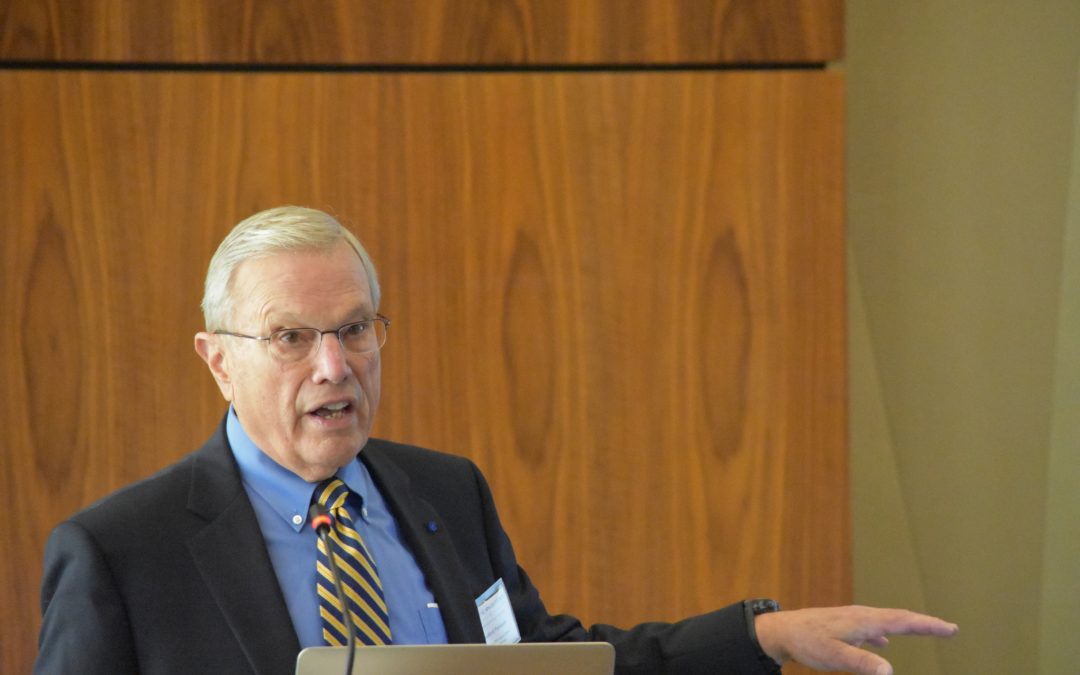 Blog Editor’s Note: The author of this article is the President of the Resilient Navigation and Timing Foundation.

Tells Space Advisory group spectrum issues a concern for all

Speaking to a gathering of space industry leaders, Dr. Brad Parkinson, the original Chief Architect for establishment of the Global Positioning System, outlined the threats to GPS signals posed by a proposal from Ligado Networks that is before the Federal Communications Commission (FCC). The proposal, which was initially approved, has been pending since 2011 over concerns about its impact on reception of GPS signals.

When asked why the proposal has been pending for so long, Parkinson speculated a combination of the enormous sums of money potentially involved and difficulties for the FCC in arriving at an equitable solution were to blame.

“I hope they find some spectrum for Ligado,” he said. “Just not the spectrum they are asking for.” Referring to the powerful proposed transmissions in frequencies adjacent to those used by weak GPS signals, he said “You don’t want to put a rock band next to a retirement home.”

“You don’t want to put a rock band next to a retirement home.”

Parkinson was speaking to the National Space Council’s User Advisory Group (UAG). The UAG was chartered under the Federal Advisory Committee Act in December 2017. Membership includes the CEOs of Lockheed, Boeing and other companies with interests in space, the Governor of Alabama, five former astronauts, and other leaders in space technology and policy.

This was the first time the UAG’s agenda focused on GPS and positioning, navigation, and timing issues. Parkinson was invited to discuss the activities of the U.S. National Space-based Positioning, Navigation, and Timing Advisory Board. The UAG was interested in learning from the PNT Advisory Board’s experience, and about some of the issues it has encountered over the 15 years since its establishment in 2004.

Parkinson used the PNT board’s experience with adjacent band compatibility and the Ligado proposal as an example of a particularly thorny issue. He said the Ligado issue was an ongoing concern that the UAG should share. 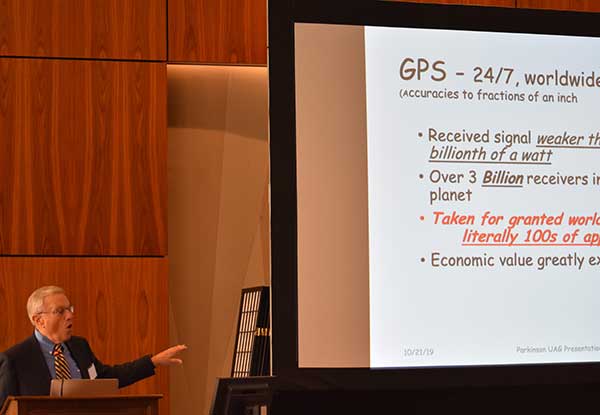 Also that spectrum issues writ large should be of great concern to all users of space as the competition for spectrum from terrestrial users will continue increase. He called the Ligado proposal “a grave threat to GPS,” especially for aviation and high-precision users.

During the course of the presentation Parkinson asked for the UAG’s support of the PNT Board’s recommendations on the Ligado proposal. He also asked the group to endorse the National PNT Executive Committee’s adjacent band compatibility methodology to any future such proposals.

Parkinson’s presentation concluded with a discussion of how GPS is increasingly being used to support activities in space. It has long been used for booster guidance during the initial phase of space flight.

Relatively recent work using side lobe signals from GPS satellites has caused engineers to recognize a Space Service Volume for GPS. This allows use of the signals for mid-course launch corrections, satellite station-keeping, rendezvous, and potentially trans-lunar navigation.