Army Looking for More Alternative PNT – Inside GNSS & others 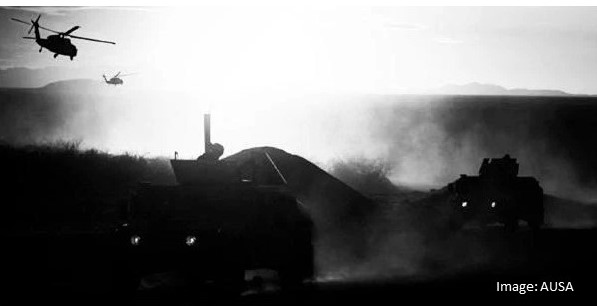 Blog Editor’s Note: We have seen a number of items in the press recently about the US Army’s efforts with resilient and APNT. They have made a big deal about the first installations of MAPS. They are also the Department of Defense executive agent for development of Alternative PNT.

Below is a recent article by our friend Dee Ann at “Inside GNSS” followed by links to some related articles that might be of interest.

Note that this is all consistent with the Defense Department PNT Strategy we reported on last week. Also that DoD has no intention of sharing any of this with civilians.

The Army is in the midst of testing new assured position, navigation and timing equipment (A-PNT) as it searches for more ways to thwart jamming and spoofing and stay operational if GPS is denied or unavailable.

The tests support the Mounted Assured PNT System or MAPS program, which is working to replace multiple hand-held Defense Advanced GPS Receivers (DAGRs) with a single receiver, thereby reducing the SWAP — that is the size, weight and power — that must be allowed for in equipment design and integration.

“If you go back the way we were doing GPS there was, let’s just say on a Stryker, eight different systems that required a GPS signal, the timing signal. So MAPS fundamentally takes those eight different systems and routes them into one,” said Gen. John M. Murray, commander of Army Futures Command, told reporters at the AUSA conference in Washington.

MAPS equipment is also designed be more resilient. It has failovers (backups and/or redundancies), anti-jam antennas and anti-spoofing capabilities plus alternative sources of PNT sources like atomic clocks. Having additional ways to determine PNT   enables the receivers to “kind of ride through periods of degraded PNT scenarios and be able to provide mounted platforms assured PNT,” said Willie Nelson, director of A-PNT Cross-Functional Team.

Though the idea of reducing the number of receivers on a vehicle has been proposed in years past, MAPS is a relatively new program and it’s moving fast.

“We wrote the requirement on that about a year ago,” said Nelson said during a media roundtable at AUSA. Prototypes of the first generation device were quickly developed and are what’s being tested now by soldiers. Their feedback will inform second generation prototypes being developed using innovative Other Transactional Authority (OTA) funding by a team led by Brig. Gen. Robert Collins, the program executive officer for intelligence, electronic warfare and sensors.

“We’ll get that real time feedback — maintainability, sustainability, warfighter training and operational feedback” and roll that into the second generation prototypes, Nelson told Inside GNSS. Those will be compared that to what’s already in the field and we’ll “make an educated decision on the path forward.”

In addition to atomic clocks the Army is looking at other ways of getting or devising PNT data including using, for example, the signals from other GNSS constellations,  timing information from cross-linked communication satellites and developments in real-time imaging and mapping.

“There’s a lot of advances that are exciting in vision-based navigation,” said Nelson. How do you take real-time images from a sensor, he said, compare them to maps in an internal database and be able to know where that sensor is in the world at any given point without the use of GPS?

At the top of Nelson’s list of options, however, are inertial measurement units or IMUs with the goal of squeezing advanced technology down to fit onto very small tactical platforms in a way that is affordable.

“I think there’s been a plateau in the last 10 years in the development of some of those (IMUs) but I think industry is really picking back up,” said Nelson. In fact, Nelson’s team is holding an industry day October 29-31 in Huntsville, Alabama with the goal of reinvigorating the industry.

Companies that are interested in presenting papers can find more information under Sources Sought solicitation number AFC_APNT_CFT_01 on the Fed Biz Ops website (FBO.gov). The deadline to respond is October 22.

“I’m really frankly looking forward to the industry day because I think there’s going to be stuff out there that none of us had even imagined was being worked on,” said Nelson. “But again, we’re going to use that to try to prime the pump to help industry.”

Links to Other Related Articles:

Navigation systems that counter jamming and spoofing for Army vehicles, plus some goodies for the dismounted soldier – Army Times

Without GPS, will algorithms and sensors help soldiers know where they are? – C4ISRNET