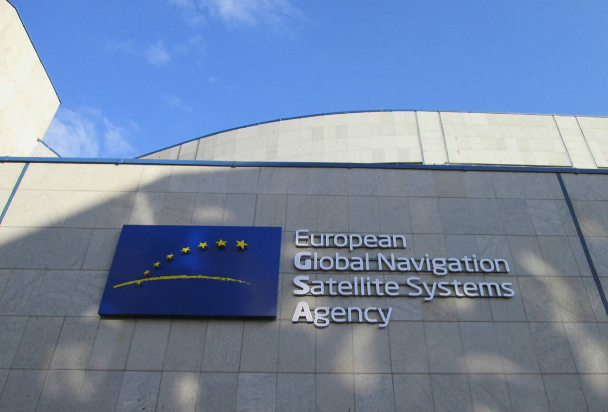 Blog Editor’s Note: The author is the president of the RNT Foundation.

Request for proposals to be issued

The Official Journal of the European Union (EU) will publish a funding opportunity in the near future for a GNSS “Advanced Interference Detection and Robustness Capabilities System,” according to officials familiar with the project.

Advance notice of this procurement was first given in August of last year, with an award projected for the first quarter of 2019. Some observers have speculated that the procurement delay was related to a change in how the final system is envisioned. The current version of the notice asks for a crowdsourcing, software and networked-based solution.

The advance notice calls for the vendor to both establish the system and operate it.

The purpose of the present tender is to establish a new mechanism to detect interference at receiver and antenna level based on crowdsourcing and sharing information coming from any user (individuals or associated ones) and run the service for a period of two years.

While for many “crowdsourcing” suggests the participation of large numbers of individuals, this will likely not be part of the scheme. Speaking to a government advisory board, Jean Yves Courtois, CEO at Orolia, said that battery drain on cell phones would prevent this from being practical. “Privacy concerns would also be an issue,” he said. Each individual would have to affirmatively agree to have their location information used continuously. This additional administrative burden would be significant.

Much easier and preferable would be using Information from already deployed networks of fixed receivers, such as base stations. Unchanging locations and existing network connections make the engineering easier and thorny privacy concerns would be minimized. These ideas are also reflected in the current version of the advance notice:

The activity shall also focus on identifying and engaging users (such as entities currently monitoring vast networks of devices integrating GNSS receivers) by means of an appropriate enrolment scheme ensuring the provision of the data. The design of the system shall ensure that the sensitivity of the data (GNSS vulnerabilities) is always protected.

Crowdsourcing and collating such information is seen by many in industry as a relatively straight-forward engineering problem. Representatives from Orolia and Microsemi, for example, included ideas about crowdsourcing disruption data in recent presentations to the U.S. PNT Advisory Board. Both agreed, though, that there are few commercial incentives to do such work without a government customer.

It is perhaps not a surprise that the EU is taking the lead in this field while other GNSS providers seem to have little interest.

Unlike GPS, GLONASS and BeiDou, which are first and foremost national security systems, Europe’s Galileo was built and is operated by a civil organization focusing on economic and civil benefits. Interference with signals directly undercuts these benefits and can be easily seen in direct economic costs.

Many European countries are using GNSS for road tolling, for example. Small GNSS jammers are easy to acquire off the internet and their illegal use is likely costing nations millions of euros in lost tolls each year. Without the ability to regularly detect, sanction, and deter this activity financial losses will continue to mount.

The interference with tolling problem is not specifically addressed in the EU’s advance notice. It may well be that tolling authorities and others will be expected to install their own application specific interference detectors and then encouraged to link them to the EU backbone and database.

The European Commission has been aware of this vulnerability for some time. In 2015 it contracted with Nottingham Scientific Limited in the UK to lead a multi-nation team and assess the extent of the problem.

The STRIKE3 project was in operation from February 2016 to January 2019. Its goals were to sample and classify interference events, recommend a standard event reporting scheme, and assess the vulnerability of different types of GNSS receivers.

The project’s sampling activity in 23 different countries detected nearly 500,000 interference events. Of these, 59,000 were classified as deliberate attempts to disrupt GNSS signals.

Within the deliberate events the STRIKE3 team were able to identify about 300 jammer “families,” according to Mark Dumville, Co-Founder and Director at Nottingham Scientific. Along with the jammers they were able to classify into groups, there were “some very interesting outliers,” Dumville said. “These are likely evidence of jammer technology continuing to develop and evolve.”

STRIKE3 is viewed as a very successful project by most everyone in the international PNT community, and certainly within the EU, according to officials.

The upcoming announcement and future establishment of an on-going interference detection capability are some of the next logical steps to better securing Europe’s PNT services.