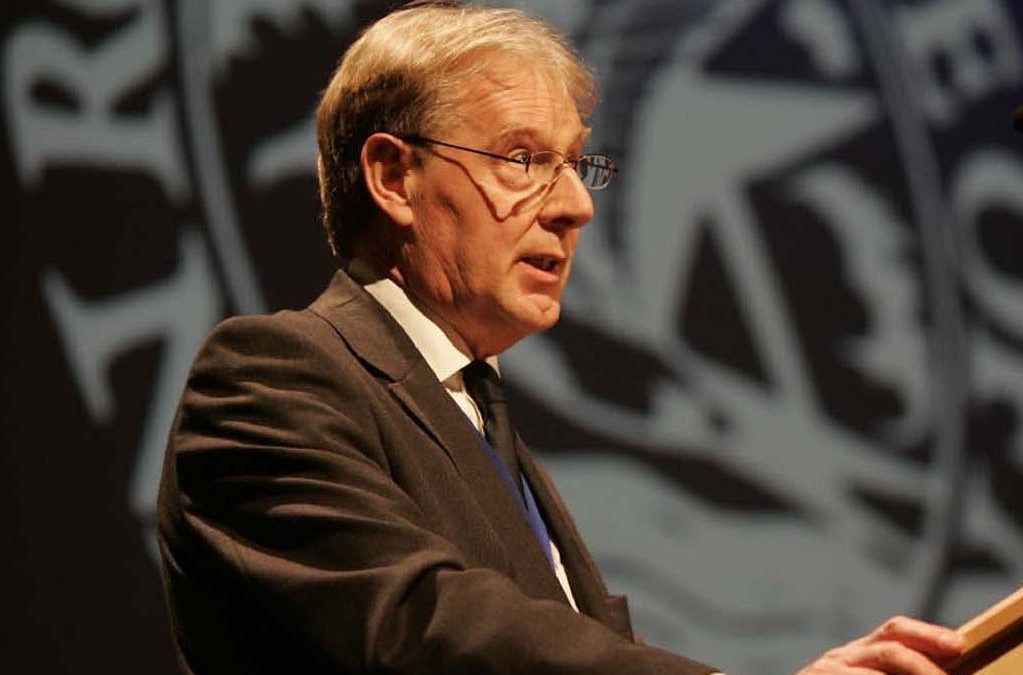 Blog Editor’s Note: RNT Foundation Member and Adviser Prof David Last has a list of credentials and honors in the PNT world too long to list here. Below is a recent interview he did with Coordinates Magazine discussing the recent failure Galileo and the overall need for GNSS terrestrial backups.

“Galileo combined with eLoran would provide a robust technology”

says Professor David Last in an interview with Coordinates while sharing his views on recent Galileo outage. Professor David Last is a Consultant Engineer and Expert Witness specialising in Radio Navigation and Communications systems. He is a Professor Emeritus at the University of Bangor, Wales and Past President of the Royal Institute of Navigation.

In July this year, Galileo suffered a week-long outage? How do you regard this ‘technical incident’?

Outages can happen. The thing that grabbed attention was the way it was handled. For the first few days there was more information coming from the US than from Europe. The operators of Galileo kept themselves as hidden as if it were a state secret! We’ve come to expect that with military systems, but Galileo was set up to be a civilian operation. You can’t persuade folk to rely on your technology then, when there’s a problem, hide behind a wall of silence.

You have emphasised several times the threats like interference, jamming and spoofing. Does not this incident highlight that there could be some threats beyond as well?

Certainly; interference, jamming and spoofing are not the only threats – GPS and Galileo have suffered service failures. Faulty GLONASS data uploads caused kilometres of error. But many recent incidents and surveys have shown that the threats of interference, jamming and spoofing are real, serious and much more frequent. Interestingly, our professional GNSS community has come to accept that; many technical meetings are now dominated by papers on these problems and proposed solutions. But among policy-makers and governments recognition of this vulnerability is still rare. We’re now beginning to see it in the US. But in many other countries and regions, notably in Europe, the need to defend one’s own high-cost GNSS program has resulted in denial of the issue of vulnerability. Until there is acceptance of these problems by governments, the critical national infrastructure of their nations will remain at risk.

The recent government-commissioned report by London Economics estimated the cost to the UK economy of a one-off 5-day loss of GNSS at £5.2B (USD7.1B). In my book, that’s a serious threat!

Given this, what’s your opinion on GNSS back-ups?

It would be hard now to find a satellite navigation professional who has studied the question of vulnerability and still believes that a single GNSS alone can provide resilient PNT. Equally, most now agree that in many situations one GNSS cannot back-up another GNSS, given that they use the same radio frequency bands and are, in effect, slightly different versions of the same technology. The need for our various GNSS to be mutually compatible and interoperable means that when one is lost to interference and jamming, they all may be. And there are now even low-cost, multi -GNSS spoofers!

So, any effective back-up must employ a different technology from the GNSS it is to complement. For precise timing that might be a very stable clock. In the air it will be one of the many non-GNSS systems – DME, ILS, VOR, NDB, inertial – that have been retained for both commercial and general aviation. The best back-up depends on your application.

You strongly support eLoran as GNSS back-up? Do you think after this incident, it again needs a serious consideration?

I am strongly in favour of enhanced Loran (eLoran), having closely watched the UK and Ireland trial system that demonstrated its technical viability and excellent performance over more than 2 years. At sea it met IMO requirements and reached Initial Operational Capability. This prototype used the transmissions of the legacy LoranC stations across North-West Europe until they reached their closedown dates, adding a data channel broadcast from a new UK station. The system operated in both stand-alone and differential navigation modes and delivered precise timing.

eLoran, originally proposed by the US Federal Aviation Administration, has the great benefit of sharing almost no vulnerabilities with GNSS: it operates at low frequencies (not the microwaves of GNSS), with high-power transmissions (not the very low powers of GNSS) and terrestrial transmitters (not space-based). In many applications, eLoran can take over automatically and seamlessly when GNSS is interrupted, allowing operation to continue, meeting similar standards. That has been demonstrated at sea, on land and in the distribution of data and precise time, with receivers outdoors, indoors and under-ground.

The London Economics report identified eLoran as one of two technologies that offered “the most applicable mitigation strategies for the largest number of applications”. The UK government then signalled its support for the system.

If eLoran is that good, then why it has not yet been adopted in Europe?

eLoran comes up against a profound prejudice: GNSS replaced an earlier generation of terrestrial radio navigation aids. Recommending a terrestrial system to overcome the vulnerability of a satellite system is to swim against a powerful tide!

Galileo combined with eLoran would provide a robust technology; they can even share chips. The obstacles are not technical or financial, but political. Look: Europe has invested more than 10B Euros in Galileo; the last thing they want to hear about is its vulnerability! Norway – which had the best legacy Loran set-up in Europe – blew up its towers, filming their collapse as entertainment on Youtube. Absurd! The US Congress, in contrast, is now well aware of the weaknesses of GPS and has fostered an eLoran system. China, Russia, South Korea and Saudi Arabia have similar ground-based navigation stations. Europe is lagging some 20 years behind; the disappearance of Galileo in July came as a shock!

Moreover, the provision of a US Loran system for 20 years would cost the equivalent of a single GPS satellite! Satellite navigation is much more attractive to industry and creates lots of jobs. Maybe Loran is just too cheap to survive; that’s frustrating!