Lessons to Be Learned From Galileo Signal Outage – Inside GNSS 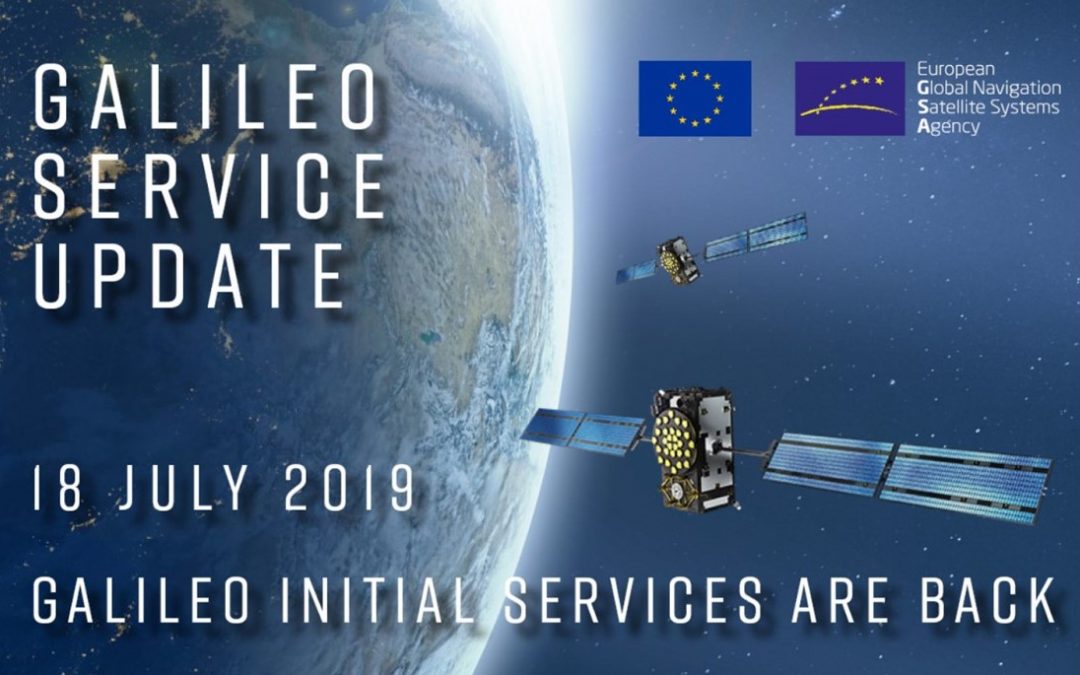 Blog Editor’s Note: Outstanding article that recaps much of what the community has been saying while also providing great additional insights. Peter Gutierrez provides an update that, disappointingly, shows that more than two months after the most significant problem in the Galileo program, little has been announced about its cause.

Since the cause has not been announced, there is little way to reassure the community that the problem will not be repeated.

Peter rightly points out that the longest term impact of the outage might likely be the tremendously poor reaction to it by the European Commission.

A good reminder that technology is, if not easy, at least straight forward with relatively clear answers. Politics, not so much.

This is true for larger PNT issues as well. For example, the US National PNT Advisory Board has identified some fairly straight forward, simple, and relatively easy to implement ways to greatly improve the safety and security of GPS/GNSS users with its Protect, Toughen and Augment recommendations.

Yet a lack of government leadership and political inertia have prevented implementation. In consequence, we see growing trends of deliberate and accidental interference that, if remain unchecked, could make the billions of dollars, euros, rubles and yuan spent on GNSS go to waste.

Brussels View: Lessons to Be Learned From Galileo Signal Outage

July 2019 was a difficult month for the Galileo program. A system-wide technical failure that took a week to resolve was compounded by a communications breakdown that dismayed its supporters. For the European Commission, the road back will be difficult, but it is a road worth traveling.

Every GNSS has experienced a failure. On January 26, 2016, an error in the GPS data upload system caused incorrect data to be transmitted from the satellites on the L1 band used by most commercial GPS receivers. The problem was resolved within six hours, although some users experienced problems for as much as twelve hours. The next day, the US Air Force (USAF) released a full statement explaining that the problem was caused by ground system software when one satellite was decommissioned. 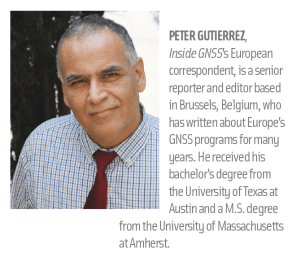 But what happened to Galileo in July 2019 was unprecedented. By the European Commission’s own account, the total system failure lasted from 10–17 July. During that time, according to the European GNSS Agency (GSA), “A team composed of GSA experts, industry, ESA and Commission, worked together 24/7 to address the incident.”

According to a European Commission spokesperson, “The technical issue was solely related to the ground infrastructure in a Galileo control centre, not to the Galileo satellites. The incident took place during an important upgrade of the control centres, when the standard redundancy between the centres was not available. The incident impacted the time and orbit determination function and prevented the correct generation of navigation messages.”

That it took all of a week to resolve the problem is surprising, but equally troubling was the lack of communication that accompanied the outage. The official Notice Advisories (NAGUs) posted on the European GNSS Service Centre website were slow to appear and provided little detail. Meanwhile, no voice was heard, no face was seen, no representative of the program was available for an official comment.

Eventually, some days into the event, the GSA did post a statement on its website, taking responsibility and even apologizing for the failure. But then it attempted to minimize its import by arguing that, after all, Galileo is still in its “initial services” phase and therefore should not be expected to work without interruption. Among many Galileo’s supporters, that message fell flat.

Users of smartphones may or may not have noticed the Galileo outage at all, but the design engineers, systems integrators, application entrepreneurs and service providers that had invested heavily in Galileo did certainly notice, and were severely discouraged.

During that week when Galileo was offline, Inside GNSS received many messages and questions from its readers and correspondents. The messages were informative and important. They revealed concern, disappointment, even fear. Inside GNSS received these messages not because it represents the Galileo program in any way, but because, for many who were surprised by how the Galileo failure was playing out, Inside GNSS was apparently the only responsive ear to which their messages could be delivered.

We believe the comments of these correspondents may be useful to the Galileo program.

One GNSS industry executive wrote: “It’s inexcusable how long it took after the failure occurred until the user base was informed. Even worse the SIS/health flag showed no problems until the very end. I was surprised. A total constellation failure should not be happening in the modern world of testing and simulation. The reaction was slow and until this day has been very secretive and political. As there has been no official communication, all my theories [concerning the technical cause of the failure] are derived from Inside GNSS!”

In the absence of proactive and timely messaging from the Galileo program to service providers who market products in part based on their Galileo features, these providers were effectively left “holding the bag.”

A European commentator expressed concern while watching and waiting for information: “The handling of the situation was a failure in itself; the first NAGU published 14 hours after the event, no information about the cause and no indication about the time to recovery, followed by a second one with more or less the same approach.

“Galileo is strategic for Europe, it has managed to get close to completion, but the organization and its mindset need to change radically. They have not yet fully understood what providing a critical service means.”

After the technical crash was resolved, the comments became more circumspect. A representative from the automobile industry told us, “The Galileo outage raises a key operational concern for vehicle manufacturers. While Galileo satellites were evidently healthy between July 11–18, it took the GSA control segment six days to identify the root cause and fix the outage. This clearly shows a weakness in ground operations that has implications to worldwide users. I would like to see a statement from the GSA about how they intend to safeguard against similar outages in the future.”