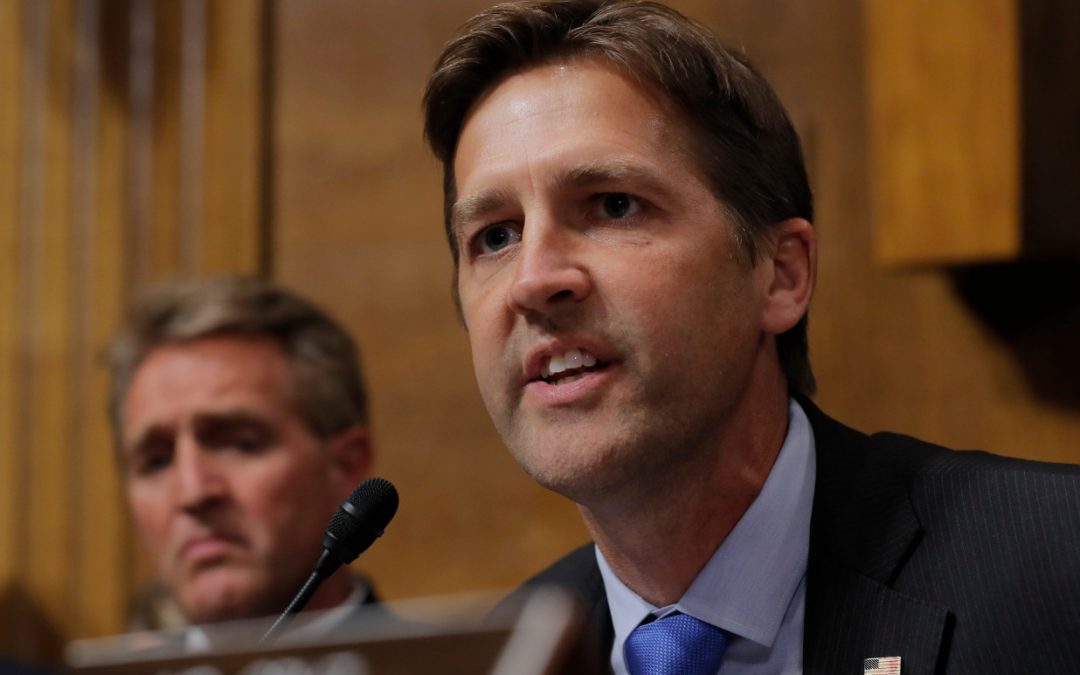 Blog Editor’s Note: One might discount some claims by politicians as being a bit overblown for the purpose of making headlines. We might take this warning from Senator Sasse (R-NE) a bit more seriously.

Sasse is a member of the Senate Select Committee on Intelligence. Much more than others, he should know what he is talking about. And he certainly knows more than he can talk about in the open.

It is also interesting to note that his fellow Republican and Nebraskan, Representative Don Bacon, a retired Air Force general with an intelligence background, took money from other projects in the Department of Defense budget for next year, to give the Air Force $32M for “Resilient PNT.”  We had an appointment to interview the Congressman about this, but it has been indefinitely postponed.

In the article below, the Senator is quoted as saying dominant scenarios for cyber war have China “…sort of blowing up everything in the near-space early in a conflict, which would take away lots of things like GPS​…”

Actually “blowing up” enough widely distributed GPS satellites to disable the entire system would be very difficult. It is much easier to envision the system being “virtually blown up” by two or three high powered Chinese satellites jamming GPS signals across the face of the planet.

GOP Sen. Ben Sasse warned of a doomsday scenario in which China wipes out US satellites to cripple the military’s GPS and communications systems in a cyber war that takes place in outer space.

“​​China has envisioned a lot of game theory that has them sort of blowing up everything in the near-space early in a conflict, which would take away lots of things like GPS​,” the Nebraska lawmaker told ​John Catsimatidis ​on his AM ​970 ​radio show in an interview that aired Sunday. “It would be absolutely disastrous​.”​​

S​asse, a member of the Senate Intelligence Committee and the newly created Cyber Commission, said the country isn’t doing “nearly enough” to protect Americans from “emerging cyber threats from Russia, from North Korea, from Iran, but especially from China.”​

​”I’ve been pushing Washington to get serious about these threats and to draft a badly needed cyber playbook. Because we don’t have either offensive or defensive doctrine​,” he said. ​

​Sasse said China and Russia have been thinking about asymmetric warfare while the US hasn’t done enough to plan for battling in such a high-tech realm.

​”W​hile we still lead China and Russia, our qualitative military edge is shrinking. And the amount of money China is investing in particular should keep all American policymakers up at night​,” he said. ​