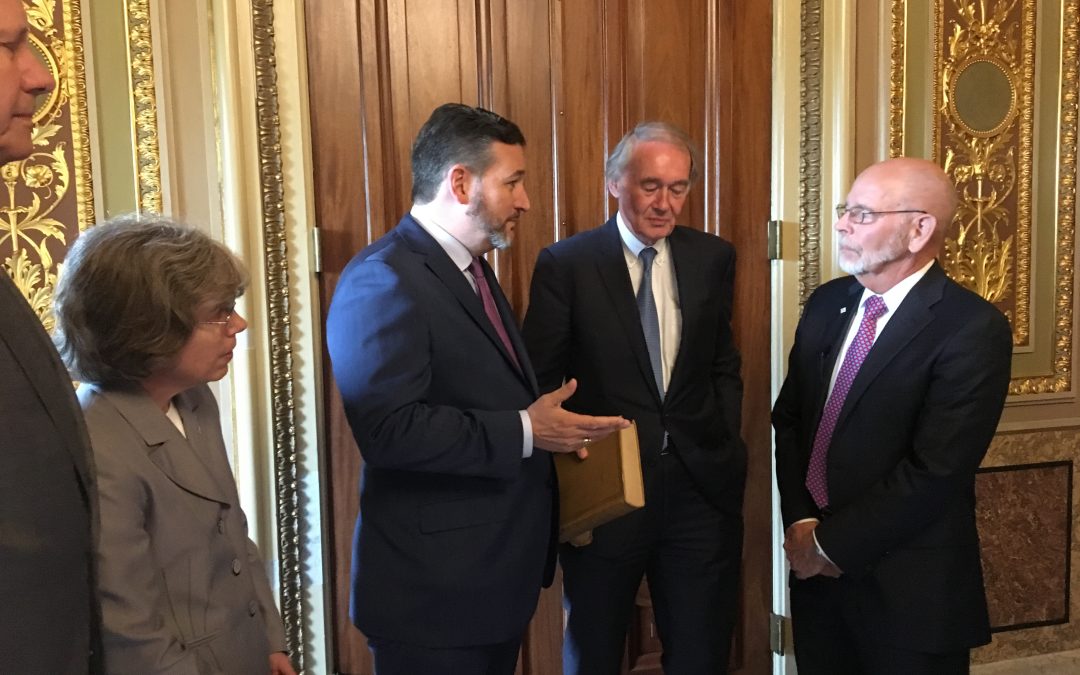 In a letter dated the 10th of September, Senators Cruz and Markey questioned the Secretary of Transportation about progress meeting the requirements of  National Timing Resilience and Security Act.

The legislation was signed into law in December of last year and requires the department to establish a terrestrial backup signal for GPS timing by the 4th of December 2020. In the letter the senators say they are “…concerned DOT is not currently on a path to do so.”

In addition to a date for establishing the terrestrial service, the act requires the department to meet some interim deadlines. One is to establish system requirements and submit an implementation plan to Congress by the 2nd of June this year. The letter says the department failed to do so.

Noting this shortfall, the senators said, “We are becoming increasingly concerned that DOT is not treating the implementation of the Act with the urgency required of a critical economic and national security matter.”

Among the questions the letter poses to the department are:

The senators ask for a response by the 24th of September.

Former government officials familiar with this project and government procedures say that, while DOT is making progress, to date they have had to overcome a number of obstacles and delays internal to the administration.

One example is that funds provided by Congress for a GPS backup technology demonstration were delayed arriving at DOT for almost a year. These could have also been used to develop the information required by Congress.

Also, the Department of Transportation has a relatively small staff focusing on positioning, navigation and timing issues. The last two administrations eliminated many positions without reassigning any responsibilities, making it difficult for the remaining staff to take on new projects.

And meeting deadlines for reporting to Congress is always a challenge for agencies. Even if a report is ready well in advance, multiple reviews and approvals within a department and the Office of Management and Budget are required. These reviews are often delayed when prioritized against other pressing work. As a result, Congress frequently receives such reports months late. Sometimes not at all.

It is clear from the letter, though, that Senators Cruz and Markey are not satisfied with the normal pace of government in this case.

At the same time, they and the Congress will still have an important role to play in DOT’s ability to comply with the law. No funds have yet been appropriated for establishment of the required backup system. It will be difficult, if not impossible, for DOT to proceed past a certain point until that happens.