US DOT moves aggressively on GPS backup, RFP this month

The last two U.S. presidential administrations failed to follow through on promises to protect GPS and the nation with a system to backup GPS. A recent Department of Transportation (DOT) appointee is aiming to fix that.

Diana Furchtgott-Roth is deputy assistant secretary of Transportation for Research and Technology. Her office has a broad range of responsibilities including as the federal government lead for civil GPS and PNT issues. 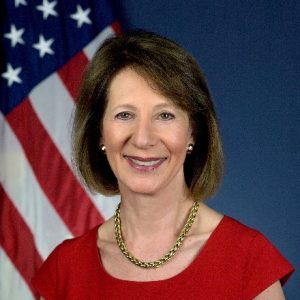 Since Furchtgott-Roth arrived at the department in February, she has been adamant about the need to establish a complementary and backup system that users can access when GPS is not available or signals need reinforcing. She notes that this has been a presidential policy requirement for DOT since 2004.

There are also two Congressional mandates on this issue. The first mandate was in a law passed in 2017. The National Defense Authorization Act tasked the Departments of Defense, Transportation, and Homeland Security to jointly conduct a technology demonstration of GPS backup technology.

Congress funded this project in 2018 through the Defense department, even though DOT was the lead agency. Bureaucratic delays in transferring the funds between departments has meant that, rather than concluding in the summer of 2019 as initially required, the demo is behind schedule by about eight months.

Much of this transpired before Furchtgott-Roth arrived on scene and she is determined to make up for lost time.

A Request for Information (RFI) seeking candidate GPS backup technologies was issued in early May of this year and closed 30 days later. Twenty-two responses were received, though some just offered comments and observations rather than proposing technologies.

Working through the Volpe National Transportation Systems Center, Furchtgott-Roth’s goal is to demonstrate as many of the technologies as possible and conclude the effort by March of next year.

“We want to thoroughly understand all of the proposed technologies, including their ability to penetrate indoors and underground without assistance,” Furchtgott-Roth said.

The department’s procurement website forecasts a Request for Proposals for this effort this month (the site says it will be issued in the fourth quarter of the fiscal year which ends on Sept. 30). The opportunity is described as “Backup Global Positioning System (GPS) Technical Consulting Services for participation in a technology demonstration” with an estimated value of between $700,000 and $2,000,000.

Small businesses that want to be on the notification list for this can do so through the FedBizOpps announcement page.

The second legislative mandate was signed into law in December 2018. The National Timing Resilience and Security Act requires the Department of Transportation to establish a timing system to back up GPS by December 2020.

Among the requirements specified in the Act are that the system must be terrestrial, wireless, have wide area coverage, be difficult to disrupt, and be capable of expansion to provide positioning and navigation services.

Furchtgott-Roth plans to integrate the department’s responses to both taskings as much as possible. “What we learn from the tech demo should very much inform the implementation of the National Timing Resilience and Security Act,” she said.

She also wants everyone on the project to keep in mind that establishment of the timing system is just the first phase of creating a more robust and resilient national PNT architecture. “Timing is important, and we are going to reinforce it first,” she said. “But it is not going to provide resilient positioning and navigation for drones, autonomous vehicles, and all our other transportation needs. America must have a combination of systems available that, when used together, will be very difficult to disrupt.”

To keep things moving quickly, Furchtgott-Roth says she is leaning toward signals provided by a commercial entity, rather than a government-built system.

“The Act suggests we consider a public-private-partnership, and there are a lot of advantages to that,” she said. “The government wouldn’t need to stand up a big acquisition staff or have a large appropriation of funds from Congress. Also, private entities are often able to act faster and be more agile. And they assume most of the project risk.” The aviation safety ADS-B system was created using such a procurement model.

The only snag is that while Congress has appropriated money for the tech demo, it has not yet done so for the mandated operational system. Sources in Congress point out that although the House version of the 2020 budget has $32 million for Air Force “Resilient PNT,” nothing has been allocated for civilian users.

“$32 million would go a long way for DOT’s efforts to protect the 99.9% of GPS users who are not in DoD,” said one congressional staff member. He was hopeful the Senate would designate funds in its version of appropriations for DOT and the issue would be resolved positively in conference.

“GPS has become an invisible utility that so many of our technologies depend upon,” observed Karen Van Dyke, who leads PNT efforts for Furchtgott-Roth’s office. “Providing a complementary and/or backup capability ensures users have PNT even when GPS is disrupted. It may also help protect the signals themselves by deterring malicious actors who might otherwise want to jam or spoof GPS.”

“President Trump’s top priorities are national and economic security. We can’t have GPS signals be a single point of failure for transportation and other critical infrastructure sectors,” Furchtgott-Roth said.