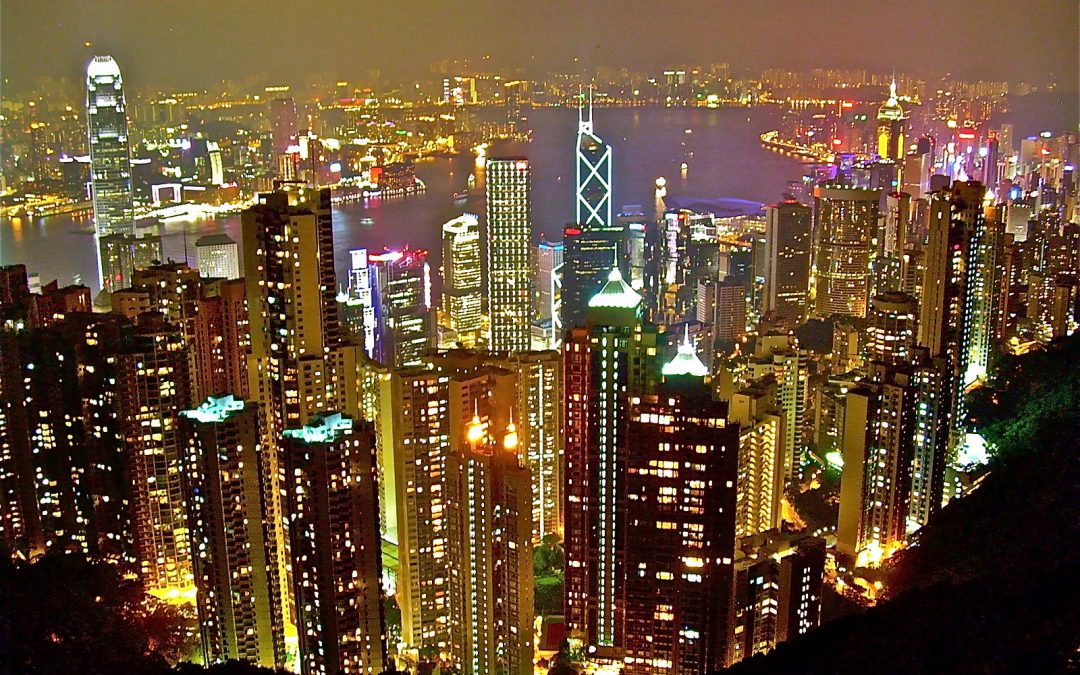 Tall buildings can block the view of the sky or reflect GNSS signals causing “multipath,” a phenomena where a receiver “sees” the same signal multiple times.

There are also a lot of opportunities for radio frequency interference from electronic and electrical equipment. – We know of a case where a elevator sparking while it went up and down interfered with GPS signals.

And, of course, there are a lot of people. The more people there are, the more likely one is to encounter someone with a personal jammer trying to avoid being tracked by their employer, the government, or some malicious person. 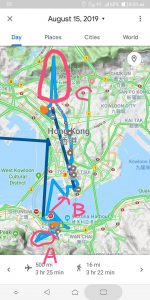 So, we weren’t surprised when we heard from a GPS user in Hong Kong whose signals were being disrupted. Problem is, he noticed repeated disruptions near the same two places over the course of a couple days.

One was a police station and the other was a cluster of government offices with PLA barracks.

When near the police station (orange mark near top of screen shot) the user was transported to an area called Lion Rock in Kowloon.

Landward of the PLA barracks (orange mark near bottom of screen shot) the location showed as some distance away in the mountains. When on the waterside taking the ferry across Victoria harbor in full view of the of the barracks, the GPS position wandered widely around the water area of the harbor.

None of these occurred on days of particular civil unrest or political demonstrations.

If the government transmitted the interference they are responsible. But then, that’s OK, because governments get to do that whenever they want, whether its in China, the US, or anywhere else.

If they didn’t transmit the signal they are still responsible. Only governments are allowed to interfere with GNSS and they have a responsibility to prevent others from doing so as part of safeguarding their economic and national security.

The user’s navigation device was a Asus Zenfone purchased at a Carrefour and programmed to receive GPS, GLONASS, and QZSS.