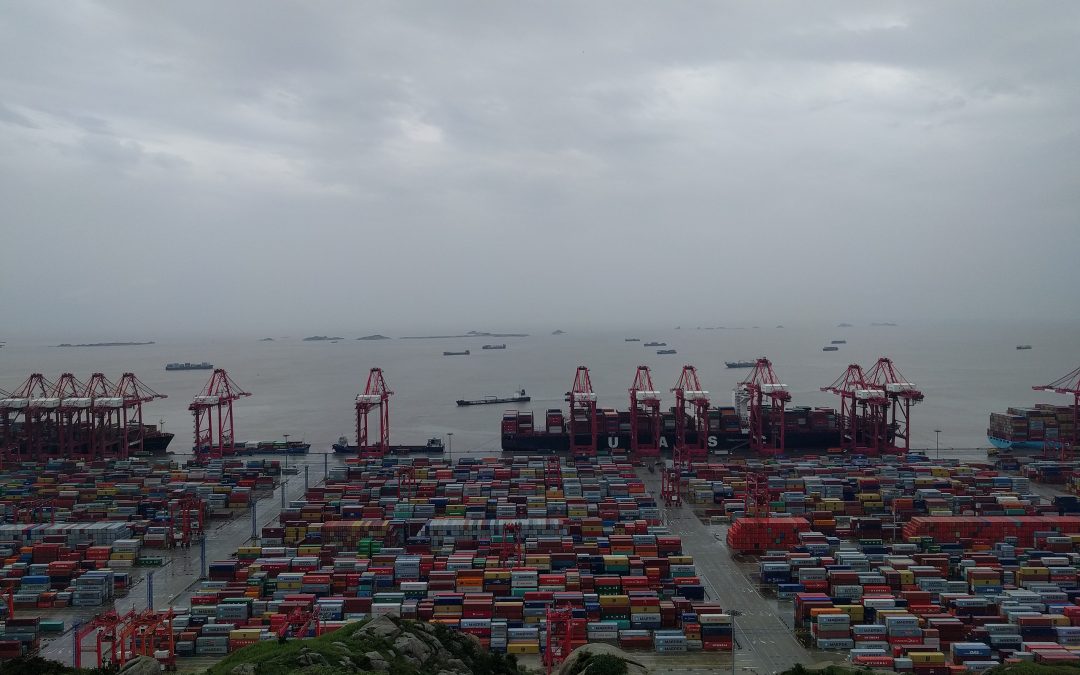 Blog Editor’s Note: The author is President of the RNT Foundation

GPS Jamming and Spoofing Reported at Port of Shanghai

Reports have been filtering through the maritime community over the last month about strange AIS and GPS readings at the Port of Shanghai.

One incident was documented to the U.S. Coast Guard. The service’s Navigation Center receives reports about GPS problems from maritime and other users around the world.

Posted to the Navigation Center’s website on July 17, the report states:

“Upon arriving to dock in Shanghai, a U.S. flagged MV master checked ECDIS at the AIS to see if their berth was clear. Another ship on the berth appeared to be in the channel making 7 knots (kts) speed over ground (SOG), but then disappeared from AIS. A few minutes later she was back and at the dock, then underway again, 5 kts, 2 kts, 0 kts, in the channel, then back at the dock, then gone.

“This pattern repeated multiple times. It turned out the other ship was actually all fast the entire time. Later, while the MV was turning in the river off the same berth, both GPS units lost their signals, no position, no SOG, multiple alarms on various integrated equipment. The GPS signal would come back for a minute and then be lost again. This continued to the dock and has continued. The GMDSS GPS is experiencing the same thing. Master suspects GPS signal jamming is occurring at this berth. Vessel checked all antennae connections – all connections are secured and dry. There have been no other issues with these units.”

Experts advise that this scenario fits a pattern of GPS jamming that is fairly well documented. This was first documented by the General Lighthouse Authorities of the United Kingdom and Ireland in 2009 and 2010 during maritime jamming trials. When jamming signals are first encountered, receivers often initially accept them as valid and generate hazardously misleading information. After some time, the receiver will be unable to calculate any sort of position and then fail to report position.

The incident reported appears to be part of an on-going problem at Shanghai. In addition to several anecdotal reports, analysts at the non-profit C4ADS have been observing the area and advise that the report received by the Coast Guard “does not appear to be an isolated incident.”

Detecting GPS disruption in commercial maritime is often much easier than in other areas because of the automatic identification system (AIS). GPS is the primary sensor for location information transmitted by AIS to other vessels and shore stations. AIS transmissions are also detected by satellite and the information they provide is easily available. By studying AIS transmissions in the Black Sea and other Russian waters, a C4ADS study earlier this year identified almost 10,000 deliberate maritime spoofing incidents and associated them with Russian VIP protection efforts.