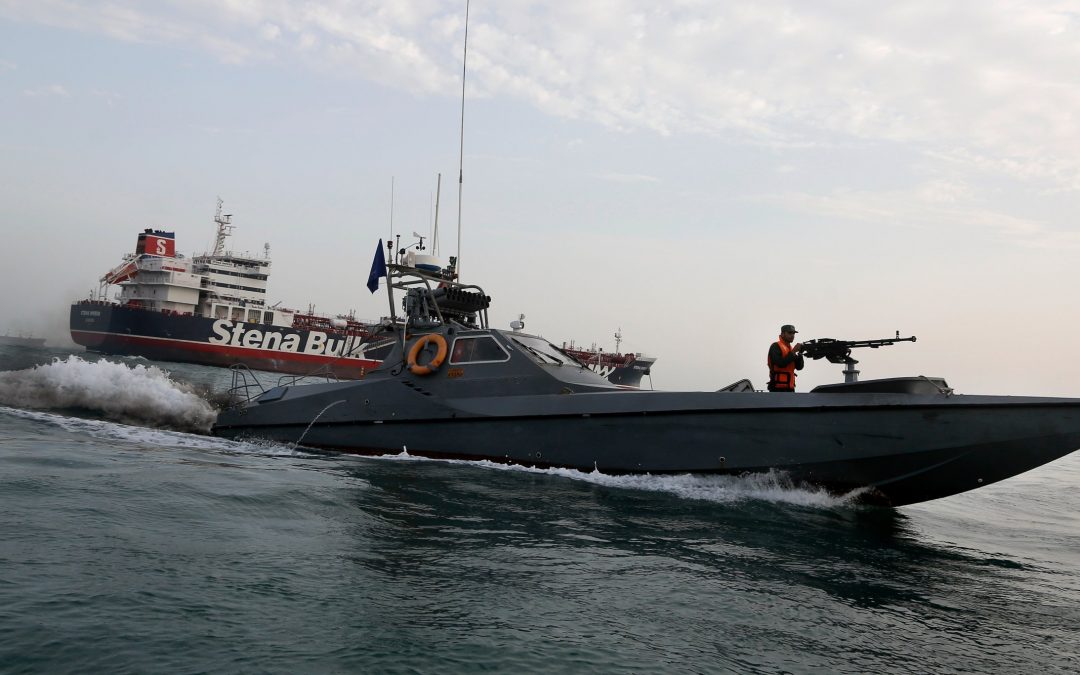 Blog Editor’s Note:  Below are a warning published by the US Maritime Administration, and a press report that quotes an unnamed US defense official. Long time readers will discern that there is a bit of confusion in the two reports about what exactly is going on in terms of spoofing (GPS, AIS, or communications?), jamming, and so on. But there is certainly a lot happening.

It should be no surprise that Iran is jamming GPS and perhaps spoofing signals as they have clearly done that before. These are common, easily employed techniques in today’s low intensity warfare.

This kind of navigation warfare has been going on around the world and in the Persian Gulf for quite some time. The first public report was when Iran bragged about capturing a CIA drone operating in Afghanistan in 2011 by spoofing its GPS receiver.

A couple thoughts on the below reports:

Since May 2019, the following maritime incidents have occurred in this region:

In at least two of these incidents, vessels reported GPS interference. One vessel reportedly shut off its Automatic Identification System (AIS) before it was seized, complicating response efforts. Vessels have also reported spoofed bridge-to-bridge communications from unknown entities falsely claiming to be U.S. or coalition warships.

US government warns of Iranian threats to commercial shipping, including GPS interference

(CNN)The US Department of Transportation’s Maritime Administration has issued a new warning to commercial shipping about Iranian threats in the Strait of Hormuz and Persian Gulf, saying that some ships have reported having their GPS interfered with.

Additionally, the administration warned that there have been reports of “unknown entities falsely claiming to be US or coalition warships.”
The warning, which was issued Wednesday, listed a series of incidents involving Iran since May, including Iran’s seizure of the United Kingdom-flagged M/V STENA IMPERO and the detention and subsequent release of the Liberian-flagged M/V MESDAR.
It said that during “at least two” recent encounters involving Iranian military forces, “vessels reported GPS interference. One vessel reportedly shut off its Automatic Identification System (AIS) before it was seized, complicating response efforts.”
“Vessels have also reported spoofed bridge-to-bridge communications from unknown entities falsely claiming to be US or coalition warships,” the warning added.
US Central Command, which oversees US military operations in the region, issued a statement Wednesday saying, “Vessels have reported GPS interference, bridge-to-bridge communications spoofing, and/or other communications jamming with little to no warning.”
“The U.S. remains committed to working with allies and regional partners to safeguard the freedom of navigation, the free flow of commerce, and the protection of U.S. vessels and personnel in this region,” the statement added.
A US defense official told CNN that Iran has placed GPS jammers on Iran-controlled Abu Musa Island, which lies in the Persian Gulf close to the entrance of the Strait of Hormuz.
The official said that Iran had placed the jammers at that location in an attempt to disrupt civilian aircraft and ship navigation systems, hoping ships or planes will mistakenly wander into Iranian waters or airspace while their GPS systems were not functioning properly, giving Iranian forces the pretext needed to seize them.
The official said the Iranian jammers have no effect on US military warships and aircraft.
The official said that Iranian military boats have been “spoofing” the automatic identification system merchant ships use to report and disguise their vessels as merchant ships instead of Islamic Revolutionary Guard Corps or Iranian Navy vessels.
Original Article