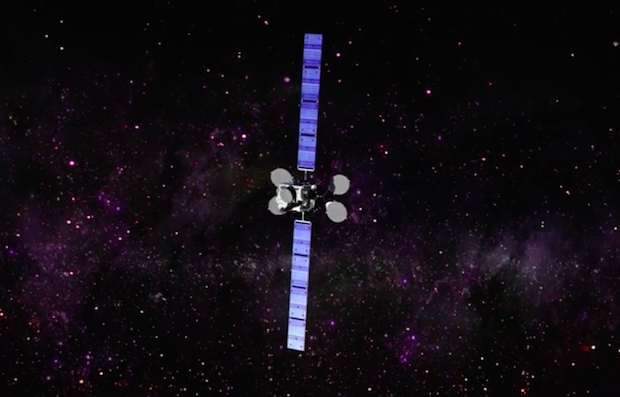 Blog editor’s note: The below item isn’t in the center or our normal “PNT  lane.” Even if a GPS/GNSS satellite were to suffer the same fate, the incident would likely not have much impact to service from the constellation.

This article does remind us, though, that space is a hard, dangerous, and expensive place to do business. A great place from which to augment terrestrial systems, but not necessarily replace them.

Also, the video is pretty cool.

Interesting that this took place in geosynchronous orbit (see graphic below) where many think there is the least likelihood of collision with debris.

Thanks to Guy Buesnel for pointing out this article.

Investigators probing the sudden failure of the Boeing-built Intelsat 29e geostationary relay station in April have concluded an electrostatic discharge, aggravated by a harness flaw on the spacecraft, or a micrometeoroid strike prematurely ended the satellite’s mission, resulting in a $382 million hit to Intelsat’s quarterly financial report.

Intelsat said Tuesday that officials investigating the April 7 anomaly with Intelsat 29e have narrowed the cause of the failure to one of two possibilities.

“The failure review board concluded that the anomaly was either caused by a harness flaw in conjunction with an electrostatic discharge event related to solar weather activity, or the impact of a micrometeoroid,” Intelsat said in a discussion document released Tuesday in conjunction with the company’s second quarter financial numbers.

The board formed to investigate the Intelsat 29e failure included members from Boeing, which built the spacecraft, Intelsat and external independent experts.

Intelsat 29e was launched Jan. 27, 2016, aboard an Ariane 5 rocket from French Guiana for a planned 15-year mission. Based on the Boeing 702MP satellite design, Intelsat 29e was positioned in geostationary orbit at 50 degrees west longitude, where its thrusters kept the satellite parked over the same geographic region, with the spacecraft’s orbital velocity matching the rate of Earth’s rotation.

Since beginning commercial service three years ago, Intelsat 29e provided C-band video and data distribution services over South America, and beamed Ku-band signals across the Americas, including aeronautical routes over the North Atlantic, where passengers received live television and broadband Internet through the satellite.

Intelsat 29e was the first craft to launch in a new generation of Intelsat satellites known as the “Epic” series, which are capable of routing more data than earlier satellite models. 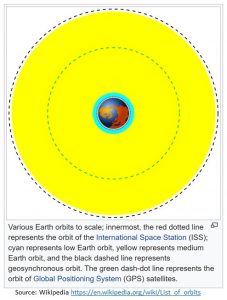